Hey, Don’t F*$% This Up: The New England Patriots and the Wes Welker Situation 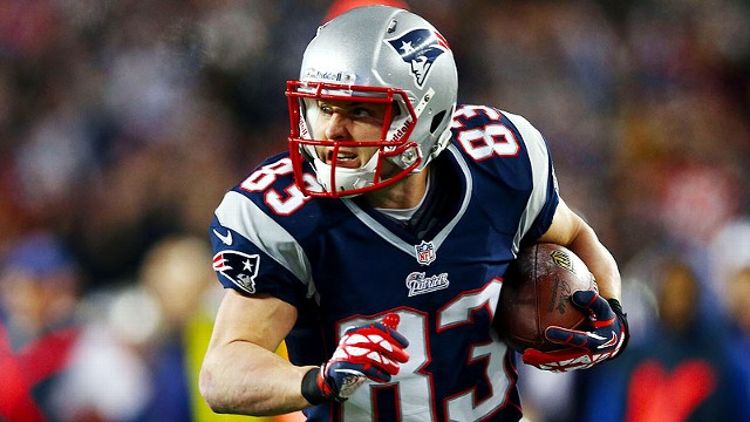 The AFC Championship Game featured a pair of offenses that for most of the season could not have been more different. As was brought up countless times during the playoffs, Joe Flacco was the best deep-ball thrower in football in 2012, but the Ravens struggled in their intermediate passing game and in manufacturing first downs. For the Pats, manufacturing first downs is all they do. They had 444 in all, 62 more than any other team.

Much of this middle-of-the-field dominance was — and has been — a product of Wes Welker. The 31-year-old receiver has caught 627 passes in his six seasons as a Patriot, and as every other piece of New England’s backfield and receiving corps has turned over, Welker has remained a constant for Tom Brady. Welker had another typically outstanding season in 2012, catching 118 passes for 1,354 yards while Aaron Hernandez and Rob Gronkowski missed significant time with injuries, and Brandon Lloyd, well … didn’t do anything.

This steady production is what’s made Welker’s treatment by the Patriots and Bill Belichick a bit puzzling. Before the 2011 season, Welker, coming off his worst year as a Patriot, was offered a two-year, $16 million contract. He turned down that deal before getting the franchise tag that spring. Last offseason, coming off his best season as a Patriot, Welker was given a lesser offer, which he again turned down before getting the franchise tag. In total, Welker brought home more than he would’ve by signing the original sheet, but what had become clear was that to the Pats, Welker’s value had been defined. In New England, that usually means a line in the sand. When it came time this week for the Pats to decide whether to again use the franchise tag on Welker, they declined, meaning that Welker will likely become a free agent when the league year begins.

To understand all of the ramifications of a Welker-less New England, we have to go back to that offensive contrast in Foxborough. In an otherwise mediocre game for the New England offense (Brady threw for 320 yards, but on 59 attempts), Welker was typically productive. He had more than one costly drop (he led the league in 2012, but considering his number of targets, this isn’t surprising; change the stat from drops to drop rate and the problem goes from alarming to inconvenient) but still managed 117 yards on eight catches. The Patriots’ problems come from the rest of the box score.

When the Giants beat the Patriots in Super Bowl XLII, not a single New England receiver caught a pass more than 20 yards downfield. The thought was that if New York could take away Brady’s intermediate options, the pass rush would get to him before Randy Moss came open deep. The plan worked. Moss caught only five passes for 62 yards, and Brady was sacked five times. Against Baltimore, no Patriot other than Welker caught a pass for more than 20 yards, but it had nothing to do with a pass rush. With Moss, it was a matter of figuring out ways to take him away. With these Patriots, there’s no one to take away. Even with a healthy Rob Gronkowski, New England has a glaring need for someone, anyone, to stretch the field, and that’s where the Welker situation becomes interesting.

I can only assume that New England’s thought process behind letting Welker go is that the resources they have locked up can account for his productivity. Hernandez eats up man coverage, Gronkowski provides a substantial weapon between the hash marks, a re-signed Julian Edelman could pick up some of Welker’s slot duties. (But note that, according to Pro Football Focus, Edelman has caught only eight passes for 69 on 125 routes from the slot in the past three seasons.) This is thinking I don’t necessarily agree with, but that I understand. If the Patriots’ plan, though, is to replace the focal point of their offense with a pieced-together alternative, whatever resources that would have been allocated to Welker would best be put toward a player on the outside who gives a new dimension to their offense.

The question then becomes where that player comes from. New England has about $18 million in salary-cap space (as the cap gets figured out, the reports on that figure have been anywhere from $15 million to $18 million), and there are plenty of familiar names among the top free-agent wide receivers available. One of those is Danny Amendola, who’s been mentioned as a logical replacement for Welker but still doesn’t solve the problem at hand. Dwayne Bowe jumps out, but with a likely hefty price tag and speed that leaves something to be desired, he doesn’t seem like a great fit. Mike Wallace and Greg Jennings seem like ideal candidates, considering what the Pats need, but it will be a matter of how much they’re willing to spend.

The latest rumors have involved the disgruntled Percy Harvin and his history with Belichick, who was a friend of the Florida program and someone who loved Harvin coming out of school. Thinking about what Harvin would look like in New England’s offense is enough to make Patriots fans salivate and everyone else run to high ground, but paying Minnesota’s asking price (likely a first-round pick and probably more) isn’t in the Patriots’ DNA.

If New England lets Welker walk, whatever choice the Patriots end up making for a replacement will need to provide an immediate impact. The lack of that threat allowed the Ravens to play man coverage on the outside throughout the AFC Championship Game, essentially daring any receiver outside the numbers to beat them. It allowed Baltimore’s safeties to freely roam the seams and prevented Brady from having any sort of look beyond underneath options and stop routes on the outside. If defenses are allowed to play like that, and there’s no Welker, well, this may be one more year of Tom Brady out the window.