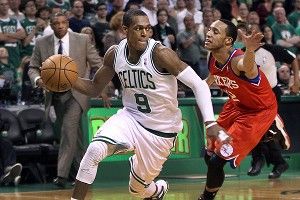 This week, Jalen quickly offered his thoughts on the big NBA playoff games from this weekend and then turned his attention to his predictions for the second round. Although it seemed encouraging for Sixers and Pacers fans for a while there, Jalen says there is no chance either fan base will be cheering on its team in the Eastern Conference Finals. Jalen doesn’t see the Staples Center hosting any of the Western Conference Finals, either. When the conversation turned to flopping, Jalen declared Dennis Rodman the O.G. flopper (which I believe) and says he never flopped in his career (which I don’t believe).

Check back next Monday for the next Jalen Rose Show, and throughout the week for other Grantland Network podcasts.

Previously on the Grantland Network:
The Basketball Jones
The Triangle Podcast
Men in Blazers