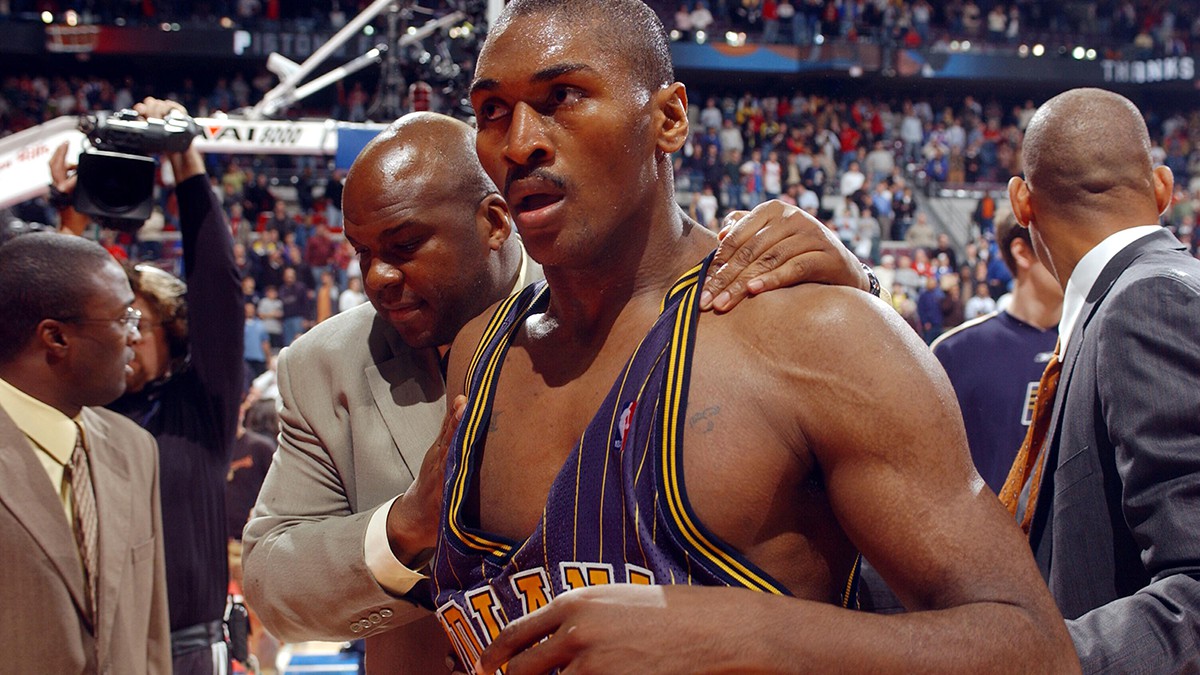 Ten years ago today, a game between the Indiana Pacers and the Detroit Pistons at the Palace of Auburn Hills descended into madness. In 2012, Grantland’s Jonathan Abrams delivered the definitive oral history of that night and how it rocked the NBA for years to come. Revisit it now.