We Went There: For Embattled Golden State, Everything Matters in Game 6 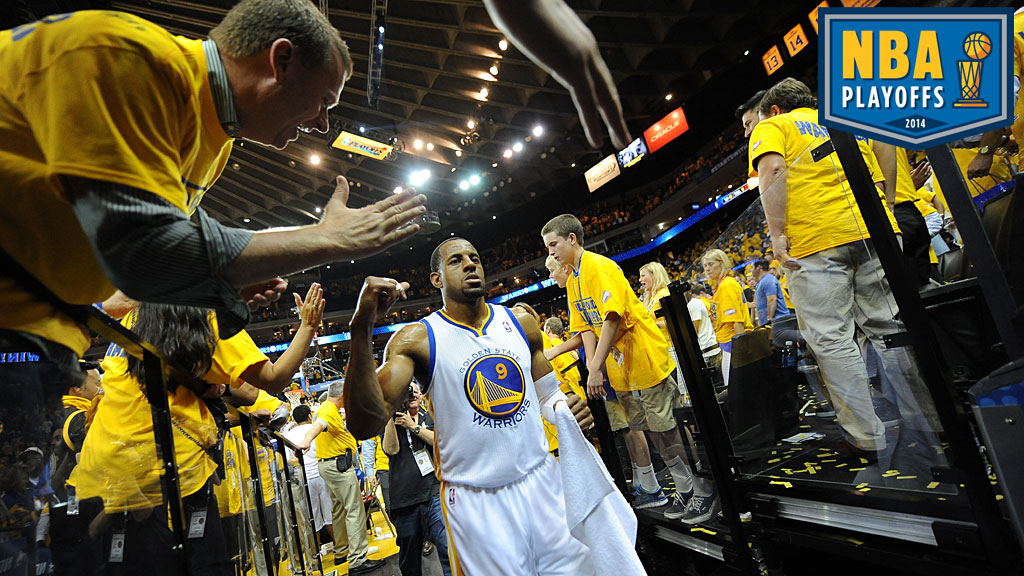 The knock on basketball from nonbelievers, sometimes, is that you might as well tune in for just the last few minutes because everything else is gravy. But during last year’s NBA playoffs, my colleague Zach Lowe took exception to this, arguing for the importance of each and every play.

“It all matters,” he wrote. “Every single possession matters. The ones late in a close game matter a little bit more […] But the stuff that happened earlier in the game is still enormously important to the final outcome. We remember players for their work in big moments, and that is never going to change. But when we overvalue those big moments at the expense of everything else, we do both those players and the game itself something of a disservice […] We ignore defense on a possession-by-possession basis, mostly because defense is hard to see and understand.”

I think of this piece all the time, but it really resonated Thursday night during the first half of Game 6 between the Golden State Warriors and the L.A. Clippers (an NBA playoff series that has somehow carried on through various controversies). The Warriors, down three games to two in the first-round matchup and already trailing 14-5 about four minutes in, took a timeout to regroup.

I don’t know what an animated Mark Jackson was saying in his huddle, but the gist seemed to be — Come on, guys. Not like this. You can’t win a basketball game in the first quarter, but you can certainly lose a series. And as it turned out, the Warriors weren’t ready to do that just yet.

Over the next two and a half minutes, Golden State forced numerous turnovers, converted a few layups and one David Lee slam dunk, and narrowed the gap to 16-13. The fans inside Oracle Arena, most in the gold “LOUD. PROUD.” T-shirts that had been draped on each seat, hung on to every play, roaring almost as loudly for the defensive stops as for the transition baskets. By the end of the first quarter, the score was tied at 25. The sequence may not have included any game-winning shots, but it mattered nevertheless.

“I’m in that state of mind all the time,” Jackson later said. “I’m an emotional guy, so I’ve found myself in huddles ready to — my wife will call me and say, ‘You looked like you were ready to cry.'”

The NBA playoffs are always a roiling cauldron of high stakes and scrutiny, but things have really boiled over when it comes to this series. Adam Silver’s announcement of Donald Sterling’s lifetime ban headed off a reported plan by Golden State players to walk out of Game 5 in protest. It also overshadowed the fact that goings-on in the Warriors camp have also been characterized by stealthily recorded upheaval lately. It’s a strange situation to have a coach in a winning playoff press conference use the phrase “somebody’s lying,” but that was one of several pointed things Jackson said after the game in a defiant appearance that implicitly addressed all the rumors he’s coaching on borrowed time.

“One thing I told the guys this morning, this group will never be together again, our group,” Jackson said. “So we’ve got to do whatever it takes to find a way to prolong this thing, to find a way to advance.”

The whole situation must weigh on Warriors fans, who have endured no small amount of bullshit from their beloved franchise over the years, but you wouldn’t have known it from the scene at Oracle Arena. The mood was far more festive than fearful, even as the score remained tight and the game grew increasingly tense. It felt like one of those last nights of camp where everyone stays up all night to avoid saying good-bye. (The other thing making it feel like camp: It had to have been a good 80 degrees inside the arena.) The closest thing I saw to unrest was when two cops told a guy he couldn’t smoke on an outdoor balcony and he responded, “What, I can’t even vape?”

The end of the game lived up to the ol’ NBA stereotype, with the final minutes taking forever as the score ping-ponged to four points apart, two points apart, three points apart, one. When the buzzer finally sounded on the 100-99 Warriors victory, gold confetti rained down from the rafters as if the team had just won the title. They haven’t even taken the series. Still, it felt right; if this is the last game the Warriors — these Warriors — play in Oracle this season, it was a great way to go out. And if not? Consider this just one of those early possessions in the long game that is the postseason.