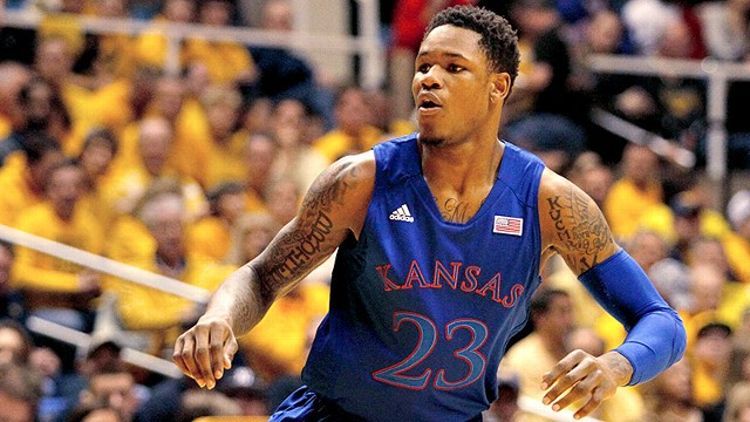 When Paul George was drafted out of Fresno State in 2010, he came to the NBA as an underachieving 3-point gunner with loads of raw talent but a tendency to float through games. It’s rare that a player is so talented and so singularly motivated that where he lands on draft night plays little to no role in his development. It’s hard to imagine a situation in which Kobe Bryant or Kevin Durant wouldn’t have thrived, but most players are like George, players with certain abilities that might only be unlocked based on the infrastructure and influences of the organization around them.

Instead of being drafted early in the lottery to massive expectations by a franchise with no semblance of veteran leadership and no hope of playing in meaningful games, George landed with an Indiana team on the upswing. Danny Granger and Roy Hibbert were already on the roster when George was selected in 2010. Frank Vogel, fast becoming one of the game’s better head coaches, replaced the underwhelming Jim O’Brien during George’s rookie year and guided the team to the playoffs, exposing George to a level of competitiveness, intensity, and skill he had never seen before. The following year the Pacers added a consistently productive and highly respected veteran leader in David West. The team finished with a winning percentage of .636 in a lockout-shortened season and made the Eastern Conference semifinals. This year, the team finished one game short of the NBA Finals.

In just three seasons, George was baptized into a culture of winning, one where effort, preparation, and attention to detail were non-negotiable requirements. George grew up in a locker room with respected personalities and quality players, worked with a sharp head coach, and developed out of a harsh spotlight. Had George started his career in Sacramento — where the troubled but supremely talented DeMarcus Cousins, drafted fifth in 2010, has enjoyed just 74 career wins — would he be the same rising star the Pacers forward is today?

Given the lack of elite talent, the success of this year’s draftees is likely to be similarly dependent on fit. A number of prospects will need a healthy situation to maximize their potential and grow into elite players, while others still may need one to simply stay in the league. With that in mind, here are some great fits for four players in Thursday’s NBA draft.

Nerlens Noel to the Phoenix Suns

After sustaining two injuries to his left knee — including last season’s torn ACL — the 19-year-old Noel enters the NBA with a lot of medical baggage. With the possibility that his previous health problems lead to a cascade of physical problems, it would be great to see Noel join forces with the best training staff in the business. The Phoenix roster also contains a glut of marginally productive big men, so the young 7-footer won’t be counted on to contribute immediately. The Morris twins, Luis Scola, Marcin Gortat, and possibly even Channing Frye are all under contract through at least next season and can soak up minutes while Noel takes his time to recover from his ACL tear. And given that the Suns management hasn’t been able to formulate a coherent plan for the future, there should be no outside pressure to quickly develop Noel as the face of the franchise. If need be, Noel could essentially treat his first NBA season as a redshirt year, spending time with the training staff and strength coaches in an attempt to get his body right before embarking on a long, and hopefully prosperous, NBA career.

Ben McLemore to the Minnesota Timberwolves

Some of McLemore’s intangible qualities — mainly his assertiveness, focus, and competitiveness — have a number of front offices concerned about his future prospects. The Kansas guard also isn’t a great off-the-dribble creator, so a team bereft of playmakers may ask McLemore to shoulder more offensive responsibility than he is ready for, which could irrevocably damage his game and confidence. More than perhaps any potential lottery pick, McLemore needs a stable, winning environment to help mold good habits while also letting him grow into his game at his own pace. In Minnesota, Kevin Love fills the role of first-option scorer while Ricky Rubio plays the part as the primary, off-the-bounce creator. McLemore would only be required to help the Minnesota attack in ways that play to his strengths — attacking in transition and using his sweet stroke to spot up from the outside in the half court. It would be a much easier transition for McLemore, allowing him to perhaps slowly grow his offensive game in a similar fashion to the aforementioned George. And by combining with Rubio, Love, Andrei Kirilenko, and center Nikola Pekovic (if he’s re-signed), playoff appearances would likely follow, aiding McLemore’s development as a winning player.

The Canadian center is about as unorthodox of a big man as you’ll find. As an underwhelming athlete and defender who is a good but not great passer, post-up player, and shooter on the offensive end, Olynyk needs to search hard for a frontcourt partner who can subsidize his weaknesses without taking away from his strengths. Enter Serge Ibaka. The Thunder big man already excels at protecting the rim, something Olynyk will never be capable of with his combination of poor length and poorer athleticism. Ibaka is also inching closer to becoming a consistent pick-and-roll defender, another area in which Olynyk will likely never be more than adequate. Ibaka’s athleticism and defensive versatility would allow Olynyk to play extended minutes without his shortcomings becoming nearly as problematic as they would if he were paired in a frontcourt with a middling athlete, like Orlando’s Nikola Vucevic.

It should be noted that this pairing wouldn’t only be beneficial for Olynyk. Ibaka’s production on the defensive glass leaves a lot to be desired, so the fact that Olynyk posted solid college rebounding numbers (which typically translate well to the NBA) suggests he’ll keep the Thunder competitive in that area when the two share the floor.

Matched with an ideal defensive partner, Olynyk would be given the opportunity to unleash his unique skill set on the other end of the floor for a Thunder team that badly needs it. Olynyk can fill the roles of a high-post passer, low-post scorer — against the right matchup — and even a stretch big who helps create bigger driving gaps for Oklahoma City’s two superstars, Kevin Durant and Russell Westbrook. All three skills (particularly the passing) could take the Thunder offense to an even more devastatingly effective level.

Franklin is something of a Swiss Army knife of a prospect, possessing the ability to attack off the bounce, create for others, and clean the defensive glass at an insane rate for a 6-foot-5 wing. With an NBA body and great motor, the only thing that’s holding Franklin back from becoming one of the biggest steals in the draft is discipline and an accurate jump shot. There’s a good chance that if Franklin is let loose in certain organizations (read: losing ones) he will be an inconsistent, hyperactive wing in the Tony Allen mold.

But in San Antonio, Gregg Popovich and his veteran leaders should be able to provide some restraint for the overzealous Franklin, who can hurt his team on offense with poor shot selection and on defense with a tendency to gamble or become overaggressive guarding the ball. The Spurs also have developmental staff that has remade a number of broken jump shots into efficient outside strokes, and put an emphasis on converting the corner 3 like no other team in the league. If any team has a chance to add some polish to Franklin’s unrefined game and turn him into an elite two-way force, it’s the one from Bexar County, Texas.