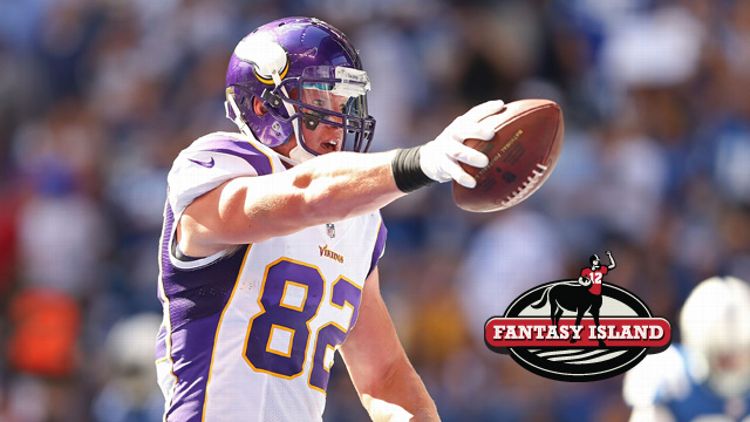 “Wouldn’t it be awesome if every job had a bye week?”

This was the question posed to me by my buddy Joey this Sunday. Instead of making our weekly pilgrimage to our local watering hole — which we have rebranded as a Carolina Panthers bar in Denver (shameless plug: Shelby’s! 18th and Glenarm! Free shots when the Panthers score!) — we were sitting quietly, watching the first round of games at his house. Afterward, my girlfriend and I were going to take a drive up into the mountains to see the beautiful views that the Rockies offer in October. He was going grocery shopping and then perhaps buying a new pair of jeans. All of these options were available to us because the Panthers were on their bye week, and we were afforded one Sunday without the painful burden of being the co-presidents of the Mile High Cats. The whole thing got us thinking about bye weeks in general.

If you had a bye week — one week a year that you knew in advance you were not going to be held to your normal responsibilities — what would you do? Travel? Lie around the house in your underwear? Do some light gardening? I’m not quite sure what I would do, but I will tell you this — having a bye week in the middle of your schedule would be AWESOME. Oh, and I’m not talking about your paid vacation time; I’m talking about the entire organization you work for shuts down:

“Hello, you’ve reached the law offices of Shoemaker & Simmons. Unfortunately, we are not in the office this week. It is our bye week. All matters will be addressed on Monday.”

The possibilities are endlessly awesome, but unfortunately, real-life bye weeks would never work (strip clubs can’t close for a week! Crazy!). What we did come up with was even better (hold onto your hats):

One of the most frustrating aspects of fantasy football is the bye week. This week I started Vick Ballard in a league because both MJD and Darren Sproles were on bye. Most times, I do not pay attention to bye weeks during the draft, unless they are early in the season. My bench composition will most likely look completely different by the time Jordy Nelson has his bye in Week 10, so why make sure I draft Andre Hawkins to take his spot? It won’t matter. But with the addition of bye weeks for your fantasy team, your entire perspective is forced to change. Let’s get into it:

At the beginning of the year, each team is assigned a bye week. Let’s pretend that yours is Week 6. It changes your entire draft strategy. Do you value players who have their byes on your bye? Is Drew Brees the no. 1 QB on your board? Does Steve Smith look more enticing as a WR when you know you’ll never have to sit him for a guy like Stephen Hill? How much fun would it be to pick Reggie Wayne directly in front of your buddy, whose bye week is Week 4? How bone-crushing would it have been to be on bye while Shonn Greene ran amok? Adding more devastating defeats and ways to screw your friends in fantasy football seems like a terrific idea to me.

Thanks for letting me rant, Grantland. This is pretty much the only national forum I have — aside, of course, from my fantastic twitter account, @MileHighCats. (More than 50 followers — suck it, Kim Kardashian!) Anyway, here are some dudes you need to get on your roster ASAP:

Kyle Rudolph, TE, MIN: HOW IS THIS GUY STILL AVAILABLE IN 27 PERCENT OF LEAGUES? Eleven targets last week, the most TDs in the league for a tight end, and he’s owned in fewer leagues than Martellus Bennett? I’m ready to start Rudolph over any TE in the league who doesn’t play for the Pats, Falcons, or Saints.

Mikel Leshoure, RB, DET: With Jahvid Best now confirmed out for the season, Leshoure is the clear guy on an offense that needs to run the ball to take some pressure off Matty Matty Staff Staff. Not available in a ton of leagues (only 14 percent), but if he is, go get him. If he’s owned, wait two weeks and make a low-ball offer; he’s got the Bears and the Seahawks in the next two weeks before facing, in order: JAC, MIN, GB, HOU, IND, GB. That’s a nice slate. He can be your RB2 very soon.

Daryl Richardson, RB, STL: Available in 96 percent of leagues, this kid from Abilene Christian has run his way into a complete time-share with Stephen Jackson. Maybe not good enough to start just yet, but he needs to be owned in every league.

Mike Williams, TB, WR: He is always going to be a little inconsistent, but he has more than 100 yards in each of his past two games, and Tampa is playing the Saints this week. Might be a sneaky option with six teams on bye.

That’s all I’ve got this week, but if your boss needs a report by the end of the day, or your girlfriend wants you to go furniture shopping, just remember — you can take your bye week anytime you want.