Making a Point About the PAT 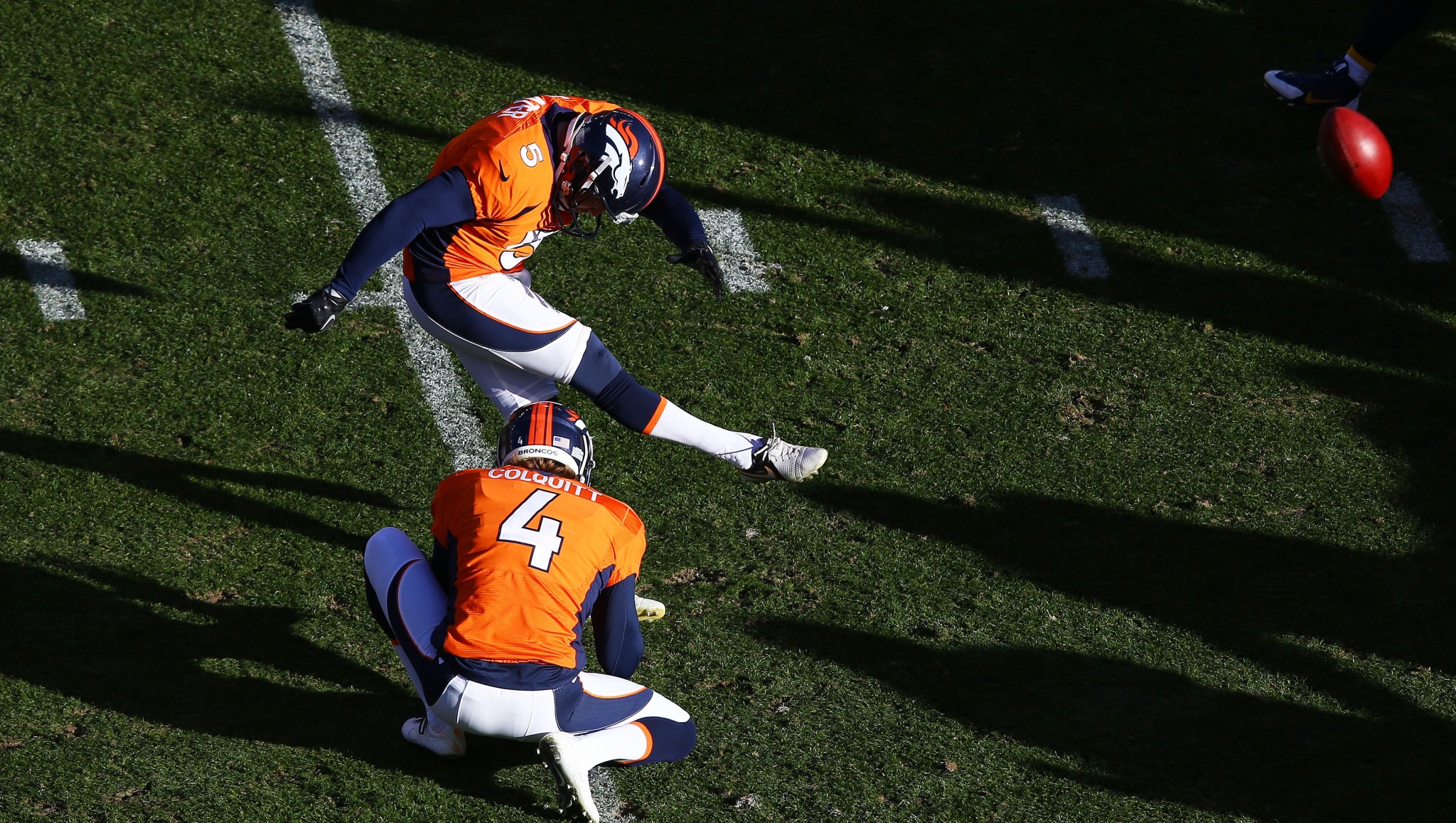 Extracting some excitement from extra points seems like a challenge that would sideline even Rumpelstiltskin. But that hasn’t stopped the NFL from trying its hand at some curious alchemy. For the first two weeks of the preseason, extra-point attempts are being moved back to the 15-yard line, which will result in 33-yard kicks — opposed to the current standard of 20-yard kicks. The NFL hopes this small additional margin of error will hold the attention of fans who have long since dismissed watching the extra point.

In today’s league, the specialization of NFL kickers means that missing an extra point is a formality gone terribly awry, like French-kissing the pope’s ring or holding the door open for someone to an empty elevator shaft.

Kickers have made 98.8 percent of 20-yard extra points since 1999, the earliest season available in Pro-Football-Reference’s Play Index. Because that’s essentially automatic, the rare missed extra point can be incredibly painful. Perhaps the most famous example came in 2003, when John Carney sliced a would-be tying kick wide right after the Saints’ miraculous River City Relay on the final play of the game. “Utter shock, that’s a good way to put it,” Carney told reporters. “I can’t believe it myself. As far as kickers are concerned, that’s as bad as it gets.”

There is an argument that the routine is necessary in order to enjoy the bizarre. Manny Ramirez delivered more than a thousand snaps to Peyton Manning last season without event, which is what made the first play of the Super Bowl so theatric — something boring was being botched. But that hasn’t stopped the NFL from addressing the perfunctory nature of extra points.

One alternative is eliminating the play altogether, which, as Rob Gronkowski would note, has the benefit of slightly reducing injuries. There has also been a tongue-in-cheek idea to keep extra points the same distance, but require the player who scored the touchdown to also kick the extra point. Imagine the added fantasy value for non-kickers — including Wes Welker, Chad Johnson, Ndamukong Suh, and Doug Flutie (via the arcane dropkick) — who have attempted extra points in recent years! But the most realistic option is simply making the play more challenging, which was last done in 1974, when extra-point attempts were effectively pushed back 10 yards as the goal posts were moved off the goal line. After tabling an offseason proposal from the Patriots to make the extra point a 43-yard kick, the league settled on this preseason trial period (which originally was going to move the ball to the 20-yard line).

The problem is that this two-week experiment likely won’t provide any relevant information for the debate. We don’t need preseason games to know that only a few extra-point attempts will be missed — all three extra points were converted in Sunday night’s Hall of Fame game — because conversion rates should align with historical figures. Since 1999, kickers have converted 89.4 percent of their 33-yard field goal attempts and 72.4 percent of their 43-yard field goal attempts.

The true goal is made clear when considering the Steelers’ informal suggestion to make the extra-point attempt closer. That seems bass-ackward at first, but by simultaneously moving two-point attempts to the 1-yard line, coaches would receive additional incentive to run a fullback dive or play-action pass. And while extra-point attempts produce almost zero drama, two-point conversion attempts that can tie the game late in the fourth quarter have fans of both teams with hearts in throats. Still, don’t expect much change.

The NFL has tried new ways to increase fan interest before. Preseason games between NFL and AFL teams in 1968 featured a new rule combining the leagues’ approaches: Extra-point attempts could no longer be kicked, but teams were awarded two points if they could score from the 2-yard line via run or pass. Teams converted 56.7 percent (55-of-97) of their “pressure point” attempts, according to the Kansas City Times, but the experiment was never carried over to the regular season, and it took the NFL more than 25 years to eventually add two-point conversions.

The historical data does provide some valuable information for the modern discussion. Looking at the 1968 preseason scores is like entering an alternate football universe in which games finished 22-12, 33-19, and 39-16. But is that simply an aesthetic quirk, or would unusual scores cause in-game football strategy to evolve? It’s simply too hard to tell, because without any ability to kick an extra point, it was by definition always correct to go for the two-point conversion. The same phenomenon happened during last year’s Eagles-Lions game, when a December blizzard rendered the kicking game functionally obsolete. Eight touchdowns resulted in only one extra-point attempt — which was blocked — as coaches drew up two-point conversions in the snow.

This calculus changes as extra points become more difficult. We could put together fancy graphs to deduce when coaches would begin regularly attempting two-point conversions (from the 2-yard line) instead of kicking long extra points, but that’s a fool’s errand. As Bill Barnwell has repeatedly explained, coaches should already be attempting two-point conversions more frequently than they do. What’s going to make them start using logic this preseason, when winning games is irrelevant and any regular-season rule change is likely years away? Nothing.

The NFL is trying to turn straw into gold. And it is searching for straw in a haystack.