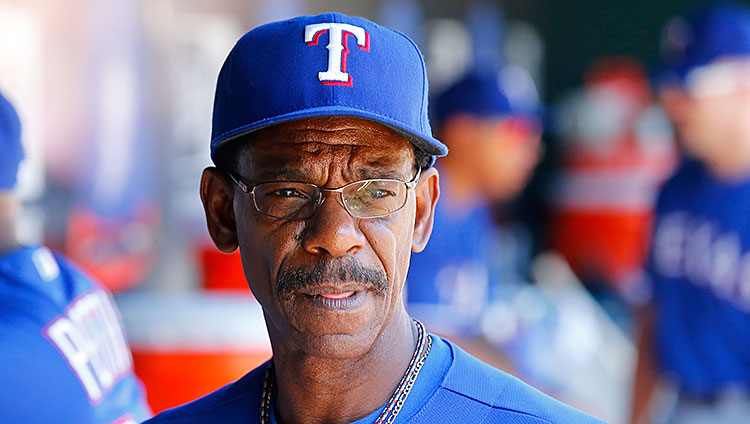 You wanna know how deeply Ron Washington was loved? On Friday, Washington resigned as Texas Rangers manager 22 games shy of the end of the season, telling fans only that he needed to address an “off-the-field personal matter.” Within minutes, the dean of the Rangers press corps tweeted this:

What other baseball manager could skip town without an explanation and still be called “unswervingly accountable?” See, Wash — as he’s known to just about everybody — wasn’t just a manager. He was a human tag cloud of words demarcating What a Manager Oughta Be. Leader. Lifer. Straight Shooter. Chain Smoker. And also: Beloved One. He’s the most beloved head coach in the history of North Texas sports not named Tom Landry.

I can shed the third person here. I love Wash, too. Until we discover what drove him from baseball, examining the quality of his belovedness may be the best way of saying good-bye.

Minus a few awesomely ’80s baseball cards, Wash’s first star turn came in the pages of Moneyball, which was written when he was Art Howe’s infield coach with the A’s. Michael Lewis introduced him with an unsabermetric thought: “He had a gift for making players want to be better than they were.”

In 2006, when Wash came to Arlington to interview for the manager’s job, he was 54 years old. He’d been turned down for top jobs before. The Rangers interview went differently. General manager Jon Daniels asked Wash to imagine he’d gotten the job and to make his opening statement. Wash uncorked a three-minute sermon that vibrated with pride and almost irrational confidence, according to the late writer Richard Durrett. Rangers owner Tom Hicks met Wash later and said, “Hey, what am I missing? I love him.”

At first, Wash was Casey Stengel — a wise man beset by malapropisms. The most famous of these was: “That’s the way baseball go.” When I first saw the phrase on T-shirts around Arlington Ballpark, I felt pretty weird. Wash seemed like the victim of a bit of race comedy we North Texans have been known to indulge in.

The thing is, Wash didn’t care — even when some local idiots called his speech “E-Ron-ics.” And while it’s impossible to mind-read Rangers fans, I didn’t get the sense they considered Wash a mascot or a fool. “That’s the way baseball go” became a mantra of love. 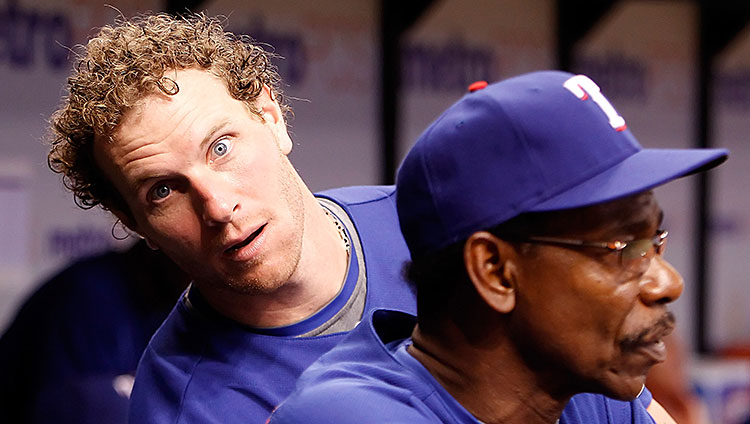 In 2010, it was revealed Wash had tested positive for cocaine the previous season. That was shocking, and yet in a strange way, it fit the period in Arlington. This was the Josh Hamilton Era of Explaining Yourself, when everyone aired their dark secrets and asked the Cuervo Club for forgiveness. Following suit, Wash stood before the press corps and said he’d used coke just once. This was perhaps not unswervingly accountable, but these are the kind of things we have to say until everyone stops being stupid about drugs. Daniels and Nolan Ryan, the new team president, stuck with him.

I had an appointment to meet Wash the following year at spring training in Surprise, Arizona. I watched him walk from the clubhouse to our meeting spot. At, say, four feet from me, he seemed to enter a halo of courtesy and stubbed out his cigarette without with my asking. Hair stuck out of the side of Wash’s cap and photochromic lenses obscured his eyes.

I gently asked about the coke bust. To my surprise, he didn’t repeat the homilies he’d given the press. His voice grew loud. He was delivering an opening statement. “I’m one of the greatest infield instructors in baseball!” he said. “That ain’t patting myself on the back — I’m good. And I’m one of the best third-base coaches in baseball! That’s not patting myself on the back — I’m pretty good.

“If it so happened that I would have had to leave,” he continued, “I would have found a job in baseball. Maybe not as a manager, but I’d be in the game.”

And to those who mocked his speech: “If they are making fun of me, that’s their problem. I’m from New Orleans! I am who I am! The way I do it, it works.”

Wash wasn’t yelling at me. It felt like a snatch of interior monologue — the sound of a reverend pumping himself up in front of empty pews. Another term for the Wash tag cloud: A Man Who Knows He Is Right.

Daniels, meanwhile, did the less cuddly work of culling the roster. In the 2011 offseason, Daniels tried to trade Michael Young, a popular clubhouse guy. Nothing came of the trade, and upon showing up for spring training, Young was livid. He gave a press conference. As Young looked out over the crowd of reporters, he noticed that Wash was standing there in a show of support.

Wash, in a fashion, was returning a favor. For when he’d talked to the press about his cocaine use the year before, he’d looked out over the room and seen Young and Ian Kinsler. You think they do that for Buck Showalter?

His speech before Game 7 of the 2011 World Series, after the Rangers piddled away a ring, would have been printed on scrolls if Wash had managed in Boston. “We know we can beat those cocksuckers,” he said in a leaked recording. “They’re not so sure about beating us.”

Of course, Wash was a field manager, too. No one has stepped forward to say Wash was very good at this. He wasn’t. He could be awful, thanks to the same loyalty that made him a brilliant clubhouse ward heeler. It was Wash who wrote Young’s name on the lineup card most nights in 2012, when Young had forgotten how to hit. There was the bullpen; the batting order; Joe Sheehan made a prima facie case last year that Wash had screwed up his young pitcher Neftali Feliz. If your tag cloud includes Principled, it probably doesn’t also include Flexible. 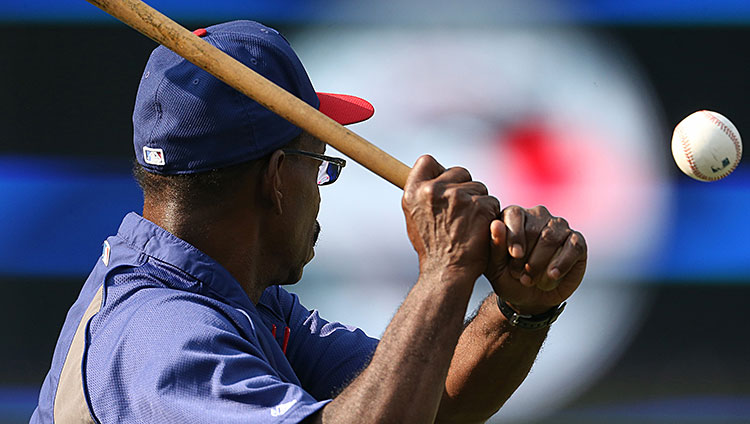 Arlington is a new beachhead in baseball’s dreary Old School–New School war. The first skirmish was Daniels versus Nolan Ryan. (Never mind that Daniels is as interested in eyeball scouting as he is in new-school metrics.) Next was Daniels versus Jackie Moore, Wash’s bench coach, the guy Wash bear-hugged after every win. Moore left the team last offseason after aiming his slingshot at Daniels. That left Wash as the Rangers’ lone pilgrim from the old school.

The divide didn’t open up this season — not exactly, anyway. The Rangers were too busy sending players to the team surgeon — they’ve broken the single-season records for both the most pitchers and the most players put on the field. In that MASH unit, Wash couldn’t have done anything that deserved firing. But he didn’t make an affirmative case for himself, either. The last two seasons — a wild-card game and a tiebreaker exit — lacked one, as well. There are a lot of Rangers fans who really, really, really wanted Wash to be the guy to win the first World Series. We wondered with equal fervency whether he’d be the one to do it.

Yet it’s a sign of how beloved Wash is that the instinctive reaction to Friday’s news was to blame Daniels. Over the weekend, a report emerged that Wash and Daniels had argued over Yu Darvish. The report said Daniels wanted to shut down Darvish, who’d been nagged by an elbow injury. After all, the Rangers have little to play for besides the no. 1 pick in the draft. Wash, being Wash, thought Darvish ought to play. They argued, and Wash quit.

The report doesn’t quite touch every base. (It doesn’t jibe with third-base coach Gary Pettis’s cryptic farewell, for instance.) But it has the benefit of preserving Wash’s lovability, of making his exit not the result of a personal “demon” or a whim but one of principle.

“I am who I am!” Here’s my Ron Washington tag cloud: Stubborn. Anachronistic. But also: Charming. Inspiring. And Profane, in a learned and wicked way. What are Rangers fans supposed to feel right now? Confusion. Sadness. Gratitude. For Wash.

NFL Week 1: The Art of the Comeback

NFL Week 1 Winners and Losers: There Will Be Watt