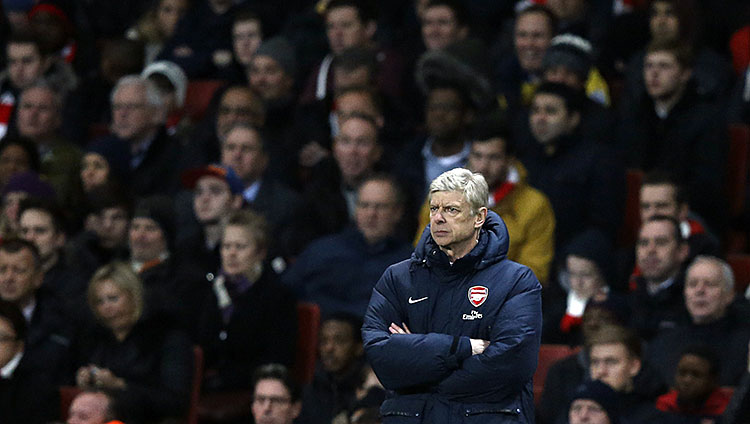 Is it time for Arsene Wenger to leave Arsenal? His contract runs out at the end of this season. Arsenal have offered him an extension, but it remains unsigned. The club could change its mind. The Gunners have gone from contending for the title to clinging to a spot in the top four. The question is more pressing than ever: Has Arsene Wenger’s time come and gone?

Arsenal’s current crisis is dictated mostly by scheduling. The North London club’s results are actually remarkably similar to those of the previous season. As you might recall, that campaign ended with an improbably strong run of results, propelling the Gunners into fourth by a single point. All that’s really happened this year is that the order in which stuff happened has changed. If you’d rather see that idea presented in pretty pictures, here are two excellent charts BBC football statistician Chris Collinson put on Twitter, showing the schedule as a function of whom Arsenal have played, rather than chronologically.

Arsenal are what they are. That, of course, doesn’t mean they’ll get fourth — last year’s race was an extremely close proposition — but it does mean that, if they get passed, it will be because Everton have greatly improved from last season, not because Arsenal have fallen apart from season to season.

It’s that Everton improvement, under Roberto Martinez, along with the much more dramatic one going on at Liverpool, under Brendan Rodgers, that is at the crux of the concern surrounding Wenger. The two Merseyside clubs are examples of the kind of impact the right manager can make. There was a time when Arsene Wenger was that manager. His willingness to bring in foreign players, change player diets, and employ possession-based football when long ball ruled the day were all well ahead of their time. He was a revolutionary in England. These things are now the norm.

Liverpool and Everton are outperforming expectations and budget constraints. Arsenal are merely performing — a team with the fourth-most resources in the Premier League that reliably finishes in fourth place. It’s natural to wonder if a younger, hungrier, more progressive manager might make a difference.

Arsenal’s basic plan of attack has remained fairly consistent over the years. They pin opponents deep and use clever movement, quick passing, and positional flexibility to break them down. If opponents try to play a higher defensive line to prevent Arsenal from setting up shop in the final third, Arsenal counter with pace. It’s simple, it’s effective, it traps opponents between a rock and a Walcott. It’s also stopped working. 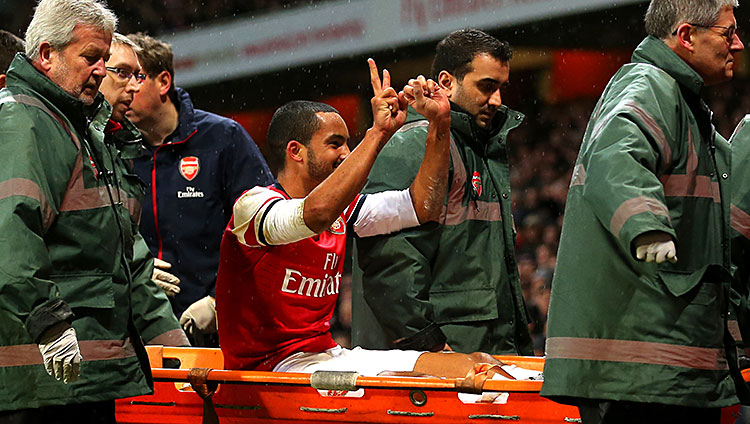 Why? Mostly because Arsenal don’t have the depth of talent to execute it at the moment. Walcott is out injured, and without him Arsenal don’t have any pace to threaten teams that defend aggressively in the midfield. Without Aaron Ramsey, and to a lesser extent Jack Wilshere, there is nobody in the midfield with the ability to both defend and break forward into dangerous positions. This goal from early in the season against Norwich seems like it happened in another lifetime.

Arsenal’s lack of depth in critical areas is perhaps Arsene Wenger’s biggest failure. The outflow of talent in recent years has been well documented, with Cesc Fábregas, Robin Van Persie, Samir Nasri, Alex Song, and Gaël Clichy all leaving for big transfer fees. Very few notable reinforcements have been brought in. The question of who exactly is to blame for that is a murky one. Wenger has repeatedly stressed that he didn’t want to pay the nosebleed-high transfer fees that, in his mind, were distorting the market. Arsenal’s ownership was also in the process of funding a new stadium, an economic reality that almost certainly played some part in the change of strategy.

Which is why last summer was so instructive. With a team that had barely held on to fourth place, Wenger desperately needed to add reinforcements all over the field. He didn’t address the striker position, or the lack of central midfield depth, or the lack of pace outside of Theo Walcott. He let Real Madrid striker Gonzalo Higuain go to Napoli, after a deal seemed all but assured, and instead turned to Mesut Özil.

Özil immediately became Arsenal’s best player, but he also happened to play the same attacking-midfield position as their last big-ticket acquisition, Santi Cazorla. As so often happens in these cases, Arsene Wenger the general manager let down Arsene Wenger the manager. The former acquired a bona fide superstar the latter didn’t really need.

Despite all this, Arsenal remain the favorites — if decidedly lesser favorites than a few weeks ago — to retain fourth. They apparently have lots of money to spend this summer, and if they spend it well, they could easily transform themselves into title contenders.

It’s easy to be tempted when you look at success stories like Martinez and Rodgers, but it’s important to keep in mind how difficult and rare those success stories are. Rodgers struggled mightily in his first six months, and finished seventh last year. And the jury is still out on Martinez being a lasting success for Everton, especially given the amount of turnover his reliance on loans this season will necessitate.

Tottenham thought they were getting a transformative young manager, just like Liverpool and Everton, when they brought in Andre Villas Boas. He lasted less than a year and a half. After parting ways with Rafa Benitez, it took Liverpool three appointments before they landed on Brendan Rodgers. United’s struggles with David Moyes in the aftermath of Sir Alex Ferguson are clear for everybody to see.

So, where does that leave Arsenal? Perhaps the club needs to install a front office — an infrastructure above Wenger that knows how and where to spend money. If any part of the game has passed him by, it’s this. Over the course of his 17-year stay at Arsenal, it’s the off-the-field stuff that has changed, much more than what happens on the field. It would be a shame if Arsenal parted ways with an excellent manager just because he’s become an overmatched, outdated general manager.

NHL Grab Bag: Are You Mad About Bishop's Injury? (Please Say No.)