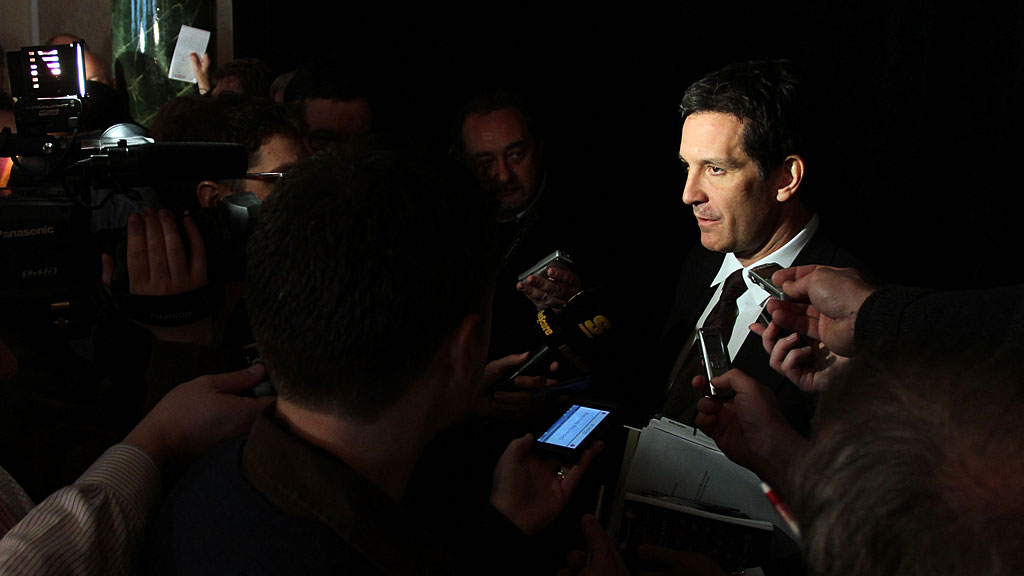 This morning, the Toronto Maple Leafs officially confirmed the rumor that’s been the talk of hockey for the past 48 hours: Hall of Famer Brendan Shanahan is leaving his post as the head of the NHL’s department of player safety to take a senior role in the Leafs’ front office.

As an objective hockey journalist who doubles as a raving Maple Leafs homer, I was asked what I thought about the story on a Toronto radio station Thursday morning when it was still an unconfirmed rumor. My answer then was that I was cautiously optimistic. Now that the deal is official and I’ve had a few hours to mull it over, I’m sticking with that.

Here’s where the caution comes in: We don’t yet know exactly what the role will involve. Shanahan has been named president of the entire team, not just of the hockey ops department, but that still leaves some room for interpretation.

If the idea is for Shanahan to be some sort of PR figurehead, there to smile for the cameras and act as a shield against mounting fan anger, then it’s no good. It would be just one more attempt at deflection from an organization that seems to excel at it. But that sort of career move wouldn’t make any sense for Shanahan, so that option seems unlikely.

If he’s expected to roll up his sleeves and start making decisions as a de facto GM, that’s also an issue, because he has no experience in the front office of an NHL team. But that wouldn’t make sense for the Maple Leafs, so it’s … well, this is the Maple Leafs we’re talking about, so “unlikely” doesn’t really fit. But it would be a surprise.

That leaves us with something in the middle ground, where Shanahan becomes the face of the franchise and drives the hockey side from a high level while leaving the day-to-day work in the hands of a GM (whether that ends up being Dave Nonis or someone else). And that’s where the optimism comes in, because that’s a scenario that could work. Shanahan is smart, well-connected, and has spent years learning the business aspect of the game at NHL headquarters. And if anyone can handle the intense pressure of working in Toronto, it’s a guy who has spent the last three seasons having every one of his decisions picked apart by the entire hockey world.

At the very least, the move signals that MLSE CEO Tim Leiweke isn’t buying the “all part of the plan” spin that’s been emerging from within the organization over the past few weeks. Seeing Leiweke get suckered into maintaining the status quo was the worst-case scenario for Leafs fans, so at least that’s one bullet dodged.

And Shanahan’s hiring carries one more possible advantage for a Maple Leafs organization that will almost certainly need a new coach, and might need a new GM too.

Ever since Harold Ballard died in the early ’90s, the Maple Leafs have shown a distinct preference for hiring coaches and GMs with long track records and big personalities. Those names have ranged from Cliff Fletcher to Pat Burns to Pat Quinn to Ken Dryden, and on to Paul Maurice, Ron Wilson, and Randy Carlyle, and of course Brian Burke and friends. With the exception of Mike Murphy (who lasted two seasons as coach) and John Ferguson Jr. (who lasted three as GM), the Maple Leafs have always gone for the big name. The market seemed to demand it.

That strategy is fine sometimes, and if you remember the sight of Ferguson’s deer-in-the-headlights look whenever things went bad, it’s hard to argue against it. But it drastically narrows the field of candidates. Today, frustrated Maple Leafs fans should want the organization to be talking to all of the top people for the job, even the ones who don’t yet have a decade or more of experience staring down a room full of cameras. Maybe bringing in Shanahan as the big boss allows the Leafs to hire that best possible candidate, and then let him get to work without quite as much pressure to get out there and perform in the daily circus.

Or maybe the whole thing ends up being a disaster. This is the Maple Leafs, after all. If it all goes south, nobody will be surprised.

So yeah, pencil me in as cautiously optimistic. I’m a Toronto Maple Leafs fan. That’s the best I can do.