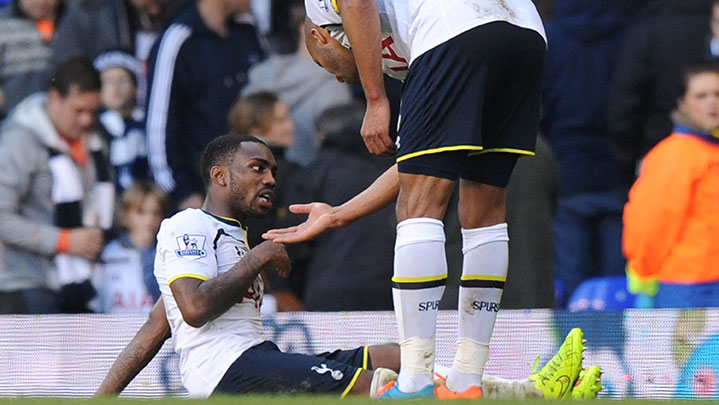 With Liverpool losing to Chelsea, Arsenal losing to Swansea, and Manchester City drawing with Queens Park Rangers, this could’ve been a nice little weekend for supposed Champions League chasers Tottenham and Everton. The only issue: They had to play their own games. Tottenham laid yet another egg at home, losing to Stoke 2-1, while Everton struggled to a disappointing 1-1 draw at lowly Sunderland. England’s two Europa League teams now sit tied with Liverpool in 10th place. Over a quarter of the way through the season, Southampton, West Ham, Swansea, Newcastle, and Stoke are all higher in the table. Yikes.

Sunday disappointments, though, are nothing new for Everton and Spurs this year. They’ve each now played four times on Sundays following Thursday Europa League matches, and collectively they’ve taken seven points from a possible 24 in those eight games. While eight games don’t add up to a lot, it sure seems like the curse of the Europa League is rearing its ugly head.

The rigors of playing on Thursday nights in the Europa League have long been thought to have a special and uniquely adverse effect on a team’s league form. The added demands of extra games on squads that aren’t deep enough to handle it, the long plane rides to Aalborg and Bucharest, and the quick Thursday-to-Sunday turnaround — it must drag teams down … right?

Here’s what we know for sure. Historically, according to this study by Dan Altman, playing in the Europa League does, in fact, hurt a club’s position in the Premier League — but the effect is slight enough to be more than canceled out by the benefits of the added prize money on offer in the competition. The effect, on its own, certainly isn’t large enough to be the driving factor behind a plummet down the table.

Then there’s the issue of short rest. Raymond Verheijen and his World Football Academy conducted a study that found that teams playing on two days’ rest tend to score less and concede more in the last half-hour of games than other, more normally rested teams. (It must be noted that the World Football Academy offers courses in training and conditioning, so it’s not like it doesn’t have a dog in this fight.) If such an effect exists, it would presumably also apply to Wednesday-Saturday fixtures for Champions League teams. 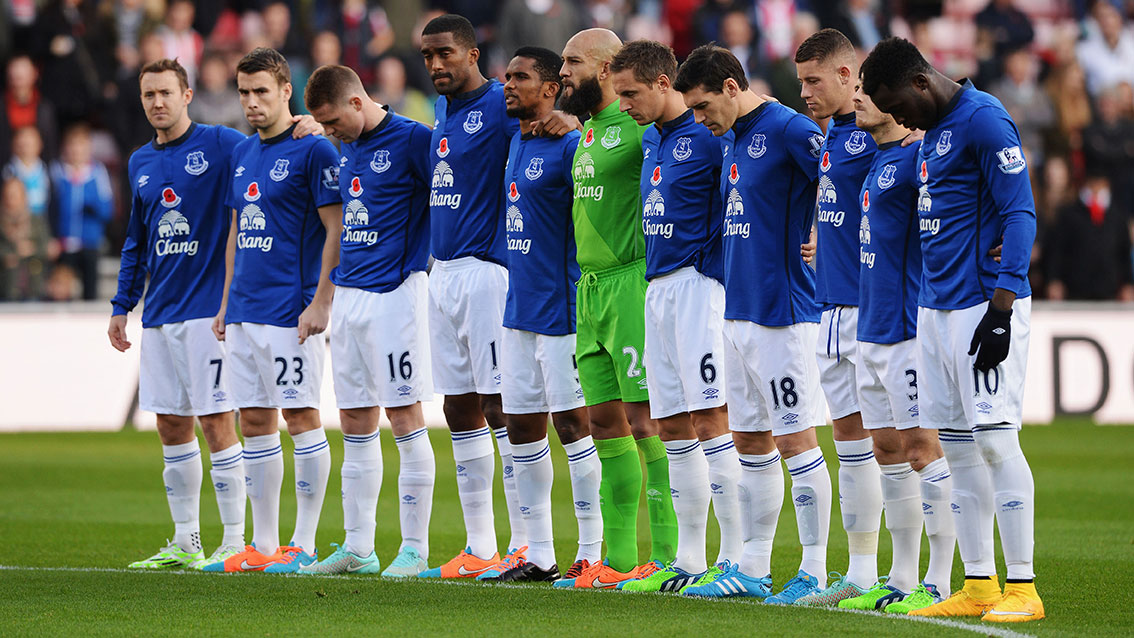 Now, obviously things like squad depth, budget size, and managerial continuity mean that the European experience varies on a case-by-case basis. This year, Everton would seem the prime candidate for a long-lasting hangover. They’ve got a small, old squad that isn’t particularly stronger than last season’s. It’s scary when you’re forced to play a handful of 20-year-olds multiple times a week; it’s even scarier when you’re doing it, as Everton are, with guys in their thirties. Plus, in Roberto Martinez, the Toffees have a manager who’s never had to juggle a European and domestic campaign all at once.

Spurs, on the other hand, can’t fall back on the same excuses. Their squad is big — and Mauricio Pochettino has thrown youth players like Harry Kane and Ryan Mason directly into the side without much hesitation. This is also their third Europa League season running, and they’ve been participants seven times since 2006. Yet while the club has been there before, Pochettino, like Martinez, hasn’t. While Martinez navigates the challenges of being short on resources, Pochettino is still figuring out how best to manage a very large squad. It might be nice to have the option of keeping all your players fresh, but that’s a fine line — between maintaining player fitness and creating a cohesive, practiced unit — to walk for a man who’s never done it before.

Even for a team that checks all the boxes — resources, a Euro-seasoned manager, and a deep bench — Europe can still pose a problem. As we saw last week, keeping the aging legs of Steven Gerrard and the still-maturing legs of Raheem Sterling safe and healthy is a much harder trick for Brendan Rodgers with six highly charged Champions League games thrown into the mix. Much like Spurs, Rodgers’s side — thanks to the arrival of many new parts, the departure of Luis Suárez, and the injury to elite scorer Daniel Sturridge — just isn’t a cohesive whole at the moment. The added burden of Champions League play seems to be hindering that process more than it’s helping.

We’re far enough into the Premier League season now to say that the problems for Everton, Liverpool, and Spurs are actual, more-than-just-random problems. And while it’s unlikely that those problems have been caused solely by the burdens of extra weekday games in Europe, they certainly seem like part of the issue. Spurs and Everton are hemorrhaging points on Sundays after Europa League matches, but on the (depending how you look at it) bright side, they both seem fairly likely to advance in Europe. Liverpool, on the other hand, is both leaking oil in the Premier League and in danger of exiting the Champions League during the group stages.

If it actually turns out that playing in Europe is the main problem for these three clubs, though, then they’re all in luck. Without any improvements, there won’t be any continental competitions to worry about next year.