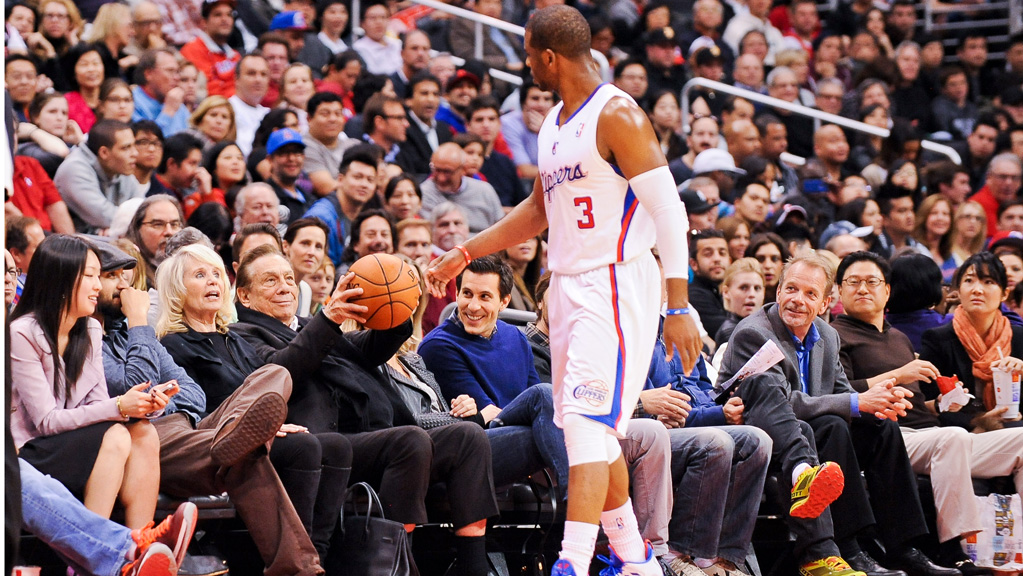 Donald Sterling is — to quote the late Ultimate Warrior — a piece of human waste, but we’ve known about Sterling’s bigotry for years, and, anyway, just ask his estranged wife. I’ve been reading the sporting press’s reaction to Sterling all weekend. Some thoughts:

1. Something pretty interesting has happened to sports opinionating in recent years. You can see it in the torching of Sterling just as you can see it in R*dskinsgate and the fight to end NCAA amateurism and the welcoming of openly gay athletes and the defense of Richard Sherman. A certain opinion — and I’d argue that this is, in nearly every case, an opinion that falls on the lefty side of the political spectrum — is articulated. It surfs Twitter. The opinion builds momentum until it becomes, with a few noisy exceptions, the de facto take of the entire sportswriter intelligentsia (perhaps the wrong word).

That opinion then becomes something like a movement. Pressure is exerted on people and institutions — in this case, NBA commissioner Adam Silver, Sterling’s fellow-owners, even Michael Jordan. The sportswriterly consensus doesn’t necessarily match the fans’ take — see the case of NCAA amateurism, where I’m pretty sure the writers are ahead of many or most of their readers. But watching the speed with which this happens has been astounding. It’s something like the sports-page equivalent of community organizing.

Veteran readers of the sports page know that social justice wasn’t always Topic A, and if it was, it was often that only for a few lonely crusaders. What changed?

Perhaps the shaming of Sterling isn’t the best example of our new, organizing world. Al Campanis and Marge Schott didn’t need a push from Twitter to enter purgatory. But thankfully, Sterling is a casualty of this world. If we’re fated to live in an era when a vile, old racist can own an NBA team, then we’re lucky he can be exposed and shamed with blinding speed.

2. That said, the exuberance of the new ball-busting makes you forget that it’s easier to compose a tweet than it is to get organizations to act. Take Saturday. After Bobcats owner Michael Jordan issued an initial “no comment” on Sterling, we got this:

Michael Jordan refused comment on Don Sterling. Just as he refused to campaign against Jesse Helms in his home state: http://t.co/7BnJj8M8RB

I love the tweaking of MJ. It is richly deserved. But 24 hours isn’t an outrageous amount of time for a fellow NBA owner — whose voice, not incidentally, would be louder than nearly anybody’s — to get his thoughts together. Compared with Mark Cuban, Jordan’s eventual statement sounded like Saul Alinsky.

But maybe that brings us back to no. 1. These days, even Michael Jordan can be shamed.

3. Could you believe the “timing” of the Sterling revelations? How unfortunate that this happened in the middle of the Clips’ playoff run! I heard a couple of versions of that on TV Saturday night. Leaving aside that Sterling’s feelings are neither new nor newly revealed, the “timing” angle raised the question: What’s a good time to find out your employer is a racist?

The Sterling mess reveals the frailty of our sports clichés. When something in the NBA happens “off the court,” we’re told it’s a potential “distraction”; the team will then band together and try to banish said distraction — to “tune it out.” (At the end of this process, the distraction may be remixed as “us against the world.”)

This stuff is harmless if we’re talking about Blake Griffin doing the Meadowlark Lemon bucket gag to a Warriors fan. But the Donald Sterling affair is on a different order of magnitude. He isn’t a distraction. He’s the owner of the damn franchise. If Chris Paul had gotten the news when he was taping a State Farm ad two months from now, its “timing” wouldn’t have been any happier.

4. What if the timing wasn’t unfortunate? We still don’t know who taped Sterling or who disseminated the tape to TMZ. (Deadspin posted the Peter Jackson extended cut on Sunday.) If you wanted to inflict maximum (which is to say, richly deserved) damage on Sterling, isn’t Round 1 of the playoffs ideal? The world is paying attention to the NBA and you have a squad of national reporters at the ready and, not least, the Clippers haven’t had a chance to be eliminated yet. In that thinking, the “timing” is perfect.

5. Donald Sterling will speak again. It’d be nice if he didn’t, but he’ll speak, and this will be a “get” for some reporter. If I were laying odds, I’d pick T.J. Simers of the Orange County Register. Simers has long been a kind of Sterling whisperer, the guy who realizes the best way to hang Sterling is merely to open a notebook and quote him correctly. If you read his old pieces, you could almost see Sterling not quite getting that he comes off looking like a buffoon. After Simers’s world-weary column from Sunday, it’s an interview I’d like to read. Meantime, I’ll get back to Twitter-shaming.