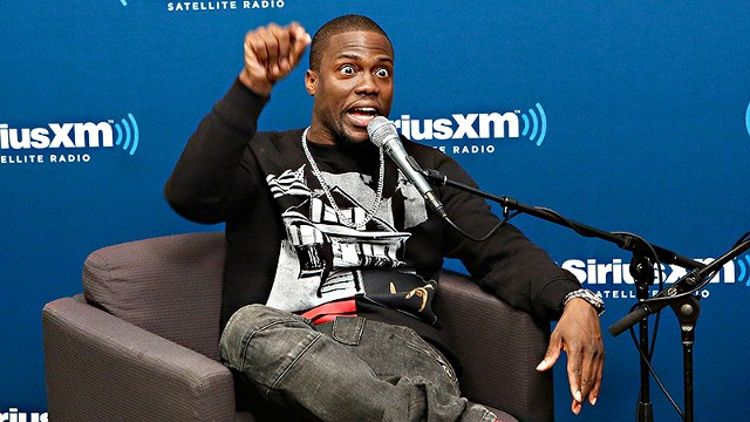 Grantland’s Rembert Browne is in New Orleans for Super Bowl week, and he has some very specific goals in mind: (1) to chronicle everything seen, heard, tasted, smelled, and felt — emotionally; (2) to wake up first and fall asleep last; (3) to make his way into events he has no business attending; and (4) to somehow talk with Beyoncé. We don’t exactly know where he’ll be at any given time, but we’ve asked for at least two dispatches a day, if for no other reason, just so we know he’s still alive.

As so many things do, it all started with Kevin Hart.

Just after exiting the TSA chamber where you throw your Roc-A-Fella diamond in the sky, I heard the strangest of sounds for this torturous section of the travel process: laughter. I was startled. Nothing funny had ever happened in the period between showing your boarding pass and being told to take off all your clothes. I turned around to find two young gentlemen directly behind me, cackling at a joke made by their friend. That friend was Kevin Hart.

Arriving at my gate a few minutes later, I set down my bag, zoned out for a bit, and then noticed three people headed my way. It was those two same gentlemen and Kevin Hart. They walked past me, all proceeding to do that thing where you put your phone up to your ear and pace back and forth, even if no one’s on the line, and then boarded the flight — my flight — to New Orleans.

Again, this was noted. But again, I didn’t really care.

A few hours later, we touched down. As would be expected, the airport was outfitted in Super Bowl–related everything, but I wasn’t prepared for the scene at the baggage claim. Before I even stepped off the escalator, I saw a sea of outstretched hands holding pens and paper and begging for autographs. Following the group for a few seconds, I saw that the object of this attention was, again, Kevin Hart.

And for the first time, I cared. Something about this made me feel good. In New York, no one really seemed to bother him or treat him like a superstar, but as annoying as it must be at times, I’m sure he still gets a kick out of his adoring fans becoming manic at the very sight of him. I was happy for Kevin.

Once he left the airport, however, that group of people made its way back into the baggage claim. This was the point that everything went from fun to weird and sad and gross and horrible. The people, an odd collection of middle-aged, unfortunate-looking white guys wearing some combination of flip-flops with socks, 4XXXL basketball shorts, and (I kid you not) “No Fear” shirts (or their close relatives), reentered the baggage claim area in a frantic sprint. It was clear Kevin Hart was a nice surprise, but you could see in their eyes that there was more work to be done.

Their entire existence, one that had absolutely nothing to do with flights or picking up bags, was that of the poorly dressed bloodhound, sniffing out the drivers who stood with signs for their future celebrity pickup, waiting for said famous-ish human to make his or her way to baggage claim to be pounced upon. This was exactly the scene five minutes after Hart and friends had left, when Boomer Esiason, Bill Cowher, and their respective crews made their way to the same baggage claim.

The vultures were already expecting them. Boomer and Cowher head shots were produced, along with posters, deflated footballs, and other assorted Super Bowl materials, all to be signed.

These weren’t fans. These signed items wouldn’t go up on a mantel or be passed down to their kids one day. Chances are, every item Boomer signed in that airport would be on eBay by dinnertime. I hated this.

But, thankfully, so did Boomer.

It wasn’t obvious, because I’m sure he’s an old pro at this by now, but it’s supremely awkward to watch a grown man go through the motions, knowing he’s being treated like a star purely for the purpose of flipping a signature for profit.

For 10 minutes, 25 adult, human men attempted to show aspects of flirty fandom (and failed miserably) to two famous people while the rest of us waited for our bags and watched it all unfold.

This was actually the worst.

Once both Cowher and Esiason left, the sea of sadness ebbed its way back into baggage claim. These men, like junkies, appeared lost, some more amped up on their scores than others — like junkies — all looking for the next thrill. (You know, like junkies.)

I needed out. So I got out. Weird start, New Orleans. Let’s try to do better on Tuesday.