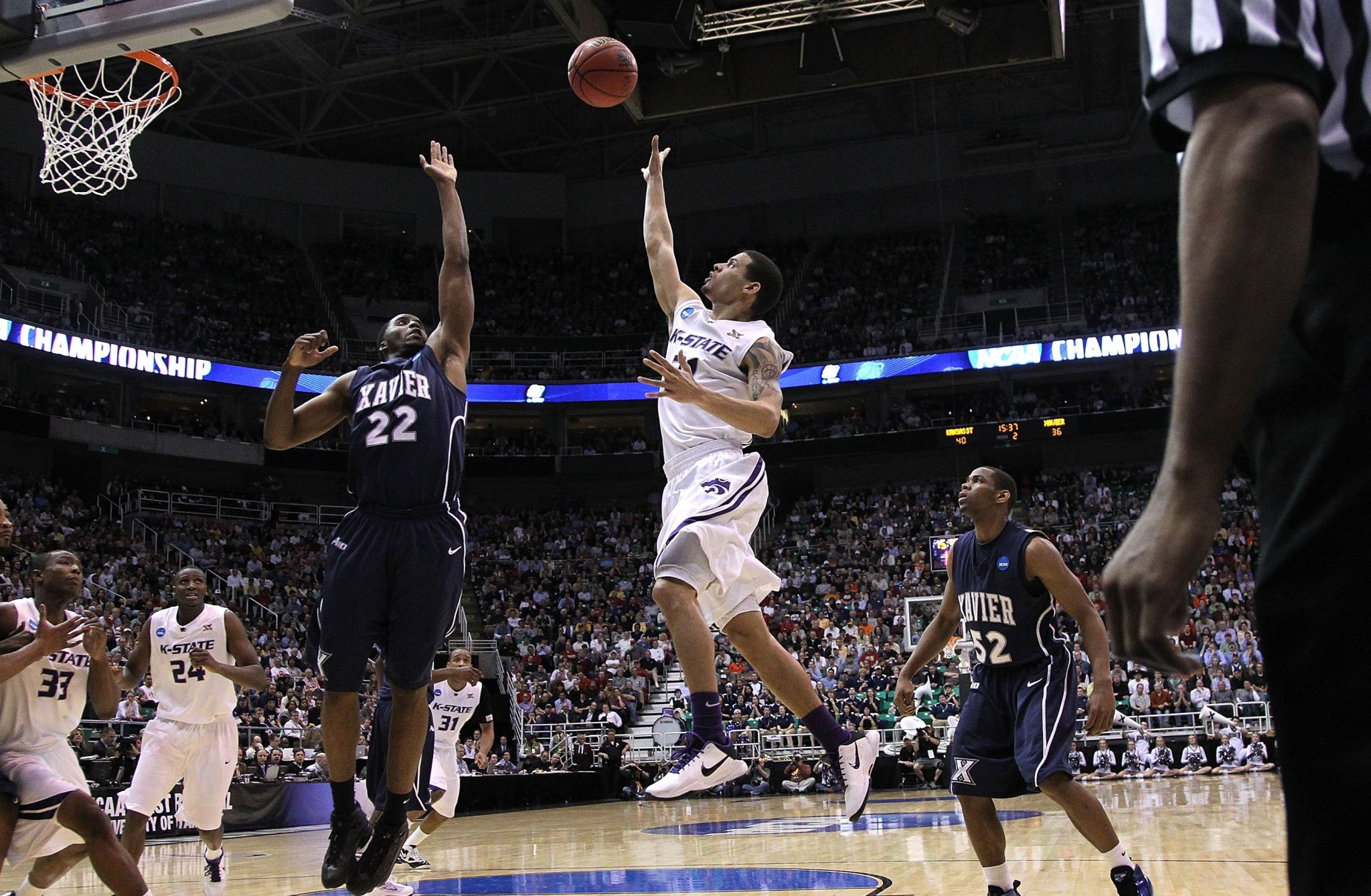 Every year the NCAA tournament produces so many unforgettable moments that it actually becomes hard to remember them all. Sure, there are images and games that remain indelible — Thomas Hill crying, Adam Morrison crying, and every time Duke has been upset. But with 67 games to play each spring (65 before the introduction of the 68-team field), there’s a little too much Madness to keep track of. That’s why we’ve decided to go digging in the NCAA crates to unearth some of the amazing tournament games that may have slipped through the cracks of our collective memory. There’s no organizing principle here — just a series of short takes on great games that have lingered in our minds for one reason or another. So far we’ve done Maryland-George Mason in 2001, and St. Joes-Oklahoma State in 2004. “Here come the Musketeers. Crawford … from Detroit, rise and fire!” “Annnnnnd Pullen, a Chicago hard-nosed guard, pulls it down.” “You’re gonna like this game, Lenny, because you got a lot of BIG GUYS.” “They’re calling this Kansas State team the Doberman Pinschers, because they play with a ferociousness, and when they smell fear, they ATTACK.” “That’s right, there’s Pullen, the head dog.” “Officials letting them play out there. You better bring your hard hat. Lunch pail. Cuz these teams are playing with a whooooooole lot of intensity.” “One-point game, folks. They are gettin’ up and gettin’ DOWN in Salt Lake.” The first thing you need to know about Kansas State–Xavier from the 2010 Sweet 16 is that this column could very easily be a collection of quotes from Gus Johnson and Len Elmore. Just listen to the audio here — all two hours — and tell me you’re not hypnotized. But only celebrating Gus would sell everything else short. This whole game was everything we could ever want from college basketball. Remember Jacob Pullen? 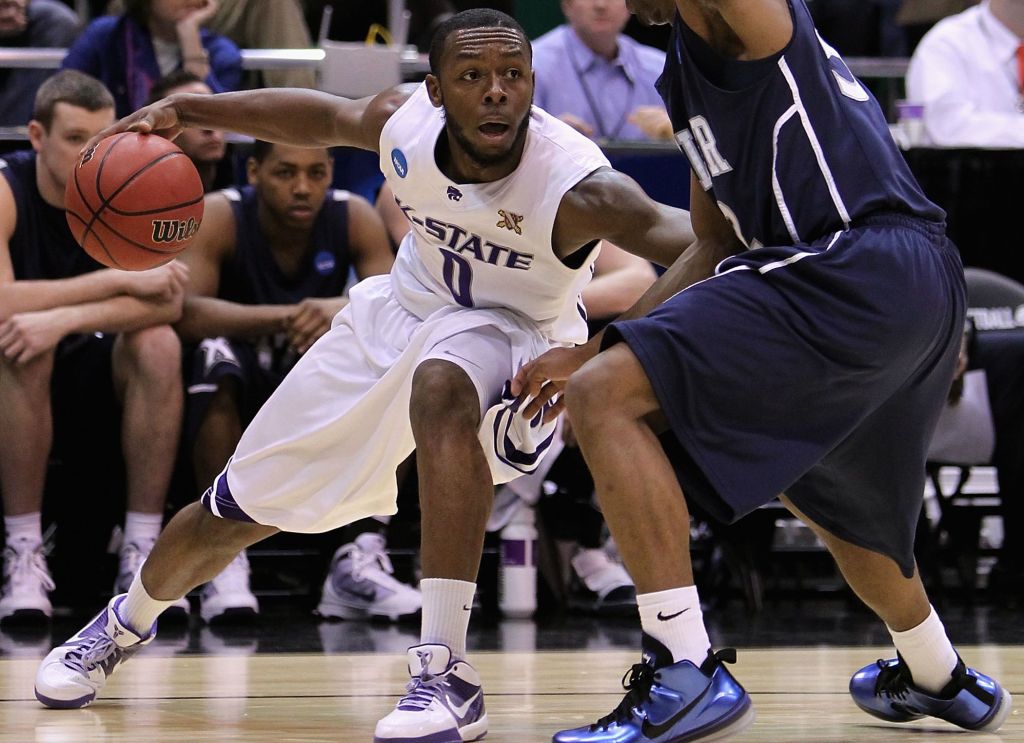 He was Gilbert Arenas with James Harden’s beard, and he would pull up from anywhere. Pullen is one of those guys who should be allowed to play college basketball forever, because he was just that fun to watch. Nobody would have objected. And Denis Clemente. He was like the Big 12’s answer to Greivis Vasquez, the perfect running mate next to Pullen. A second cousin of Roberto Clemente, he grew up in Puerto Rico, went to play basketball at the University of Miami, and eventually transferred to Kansas State after he got suspended for violating team rules his sophomore year. By the time K-State hit the tournament in 2010, he was 23 years old and already a journeyman. K-State also had Curtis Kelly, a UConn transfer from the Bronx with the game and body of a 35-year-old NBA veteran. In college basketball terms, I guess he was. It’s always fun to have a grumpy old man around to grab rebounds and get ugly buckets inside. For Xavier, we had Tu Holloway, a specific kind of college basketball archetype. The tiny point guard with a gigantic heart, who’s lightning quick and can score over guys twice his size, will never ever play in the NBA. That was Tu Holloway, who was listed at 6 feet but couldn’t possibly have been bigger than 5-foot-10. Then there was Jason Love, the lumbering big man with not many discernible skills except hustle and size and occasionally shooting. Another lovable college archetype. Think Jordan Morgan at Michigan this year. And, of course, Jordan Crawford. Fresh off dunking on LeBron the summer before and setting off a controversy that was basically my generation’s answer to the JFK assassination. His NBA gunner cult hero status was still a few years off. This was Jordan Crawford in his underground days, where only the true A-10 heads knew exactly how magical and insane his game really was. That is, until this NCAA tournament happened. This game had so many of the players who make college basketball fun, all of them at the top of their game, colliding at once. Nobody who watched this game would have consciously appreciated any of this — I definitely didn’t — but looking back, it makes perfect sense that we ended up with such a classic. I won’t try and go through the entire game, and we can’t embed the full clip here, but it’s important to note that the NCAA’s March Madness on Demand YouTube channel is probably one of the greatest gifts of the 21st century, and the full two hours of this game with no commercials is as convincing proof as anything else. Some quick highlights: • Xavier opens the game with a ridiculous Crawford dunk. • Kansas State goes on a 19-2 run in the next seven minutes. • Xavier closes the half on a 25-12 run, making it 32-31 at halftime. • Kansas State comes back out of the half to take control, going up four, and then six, and generally coasting along like the better team. • With seven minutes left, K-State is up five. Xavier’s Brad Redford hits a 3, Clemente responds with a jumper to put K-State up four, and then Crawford hits a 3 to bring them within one. Xavier will not die. • Another Crawford 3, on is from the corner. “If he’d have been flat-footed he would have been out of bounds,” Len Elmore says. It gives Xavier a one-point lead with 2:20 left. • 30 seconds left. Gus: “Pullen is 5-of-13, but he has the heart of a lion, as they give it to their leader … Pullen … stops … lets it gooooo … AND BURIES IT.” K-State takes a three-point lead. • 20 seconds left. Holloway drives to the rim, misses the layup, Love grabs the board and scores to make it a one-point game. • 10 seconds. Pullen gets fouled, hits both free throws to make it a three-point game. • 5 seconds. “Here comes Holloway, with the screen … OH HE’S FOULED!!!! ON THE SHOT. AND HE’S GONNA SHOOT THREE.” • Tu Holloway. Nails all three free throws. Overtime. • Both teams are exhausted in OT, but Kelley and Holloway get the scoring going. Both teams trade buckets for a few minutes. • “Holloway three … Oh BAM! 78-77.” • “Holloway … turns … flies … OH HE BURIED IT AGAIN. AND WE’RE TIED AT 84.” • “Pullen … turns … drives … OH HE GOT IT. K-STATE UP 2.” • K-State hits a free throw, and then: “87-84, 18.4 to go … Holloway … has shown a flair for the dramatic … Holloway … 11 to go … Holloway kicks it out … Crawford’s gotta hurrayyy … HUH? … OH NOOOOOOO.” OH YES, GUS. OH YES. http://i.minus.com/iQoNmQbj3VDhs.gif From the Support the Troops ribbon. Forty feet. To tie. To send it to double overtime. Watch the full highlights of the game here … https://www.youtube.com/watch?v=rVEIeD91vIc … including the Jacob Pullen dagger at the end of the second overtime, the shot that finally brought an end to this masterpiece. http://i.minus.com/iQep8byByXpUW.gif It was all so beautiful. Xavier had gotten blown out by 15 points in a loss to Kansas State earlier in the year, which makes it all the more amazing that they came back together to give us the game of the year. You might be thinking, Wasn’t this game in 2010? Isn’t that a little recent for this series? The answer is probably, yes. But think about how much has changed since then. Jacob Pullen is currently playing pro basketball in Spain. 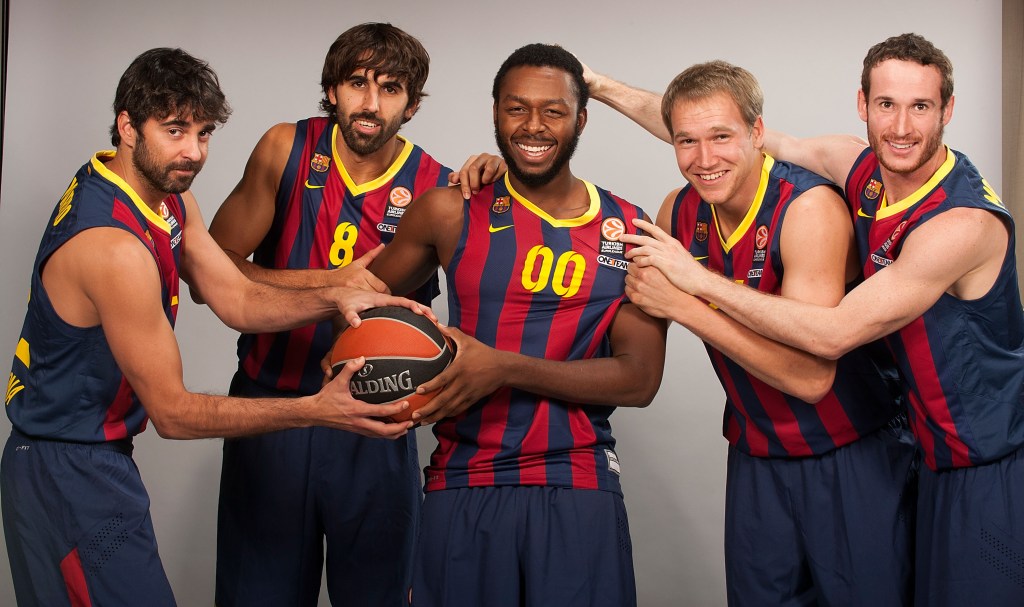 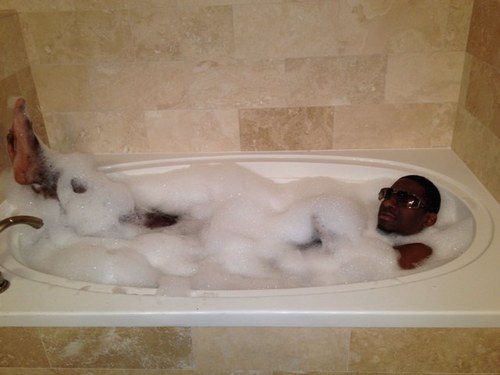 Then there’s Tu Holloway, who last played professional hoops in Belgium, in the same league his former teammate Jason Love calls home. Or Denis Clemente, who wound up playing in Slovakia for a while, survived a shooting in Puerto Rico, where he’s now playing. Frank Martin, the Kansas State coach in 2010, is now at South Carolina. Even Gus Johnson. He got so famous because of games like Kansas State–Xavier that CBS couldn’t afford to keep him. Now you can find him announcing Pac-12 football for Fox Sports. (This is a great American tragedy. Obama needs to step in with a pardon to free Gus from Fox and bring him back to CBS, possibly as soon as Friday’s Sweet 16 games.) If there’s any kind of lesson from all this, it has to do with what makes college sports a little different. Sometimes I wonder why I love watching inferior players playing the same game as their pro counterparts, only sloppier and and more inconsistently, but this game helps explain it a little bit. In the NBA or NFL, guys like LeBron James and Tom Brady are fixtures forever. They can have memorable highlights, historic seasons, or playoff triumphs; with the greatest players, their careers are always more interesting than any single game. In 30 years we’ll be talking about LeBron, not Game 6 of the Finals last year. In college, especially college basketball, some of the greatest memories we have come from stars we meet over the course of two or three games in March. And then that’s it. Guys will move on to Europe, or Puerto Rico, or South America, or pretty much anywhere but our television screens. There’s no twisting narrative that takes shape over a decade. With most college players, these games are the only story we’ll remember. Sometimes that can be depressing, if it ends the wrong way. But if one of those games has Gus Johnson and Len Elmore announcing, Jacob Pullen trading huge shots with Tu Holloway for 50 minutes, Jason Love and Curtis Kelly banging down low, and Jordan Crawford hitting the most insane college 3 I’ve ever seen? It gets no better. For anyone who watched or anyone who played. Anytime someone brings that game up at a bar or pulls up a clip on YouTube, it will make people smile. And March Madness gives us a few games like that every year. What more could you want from sports? You know, other than bringing Gus Johnson back to CBS as soon as humanly possible.