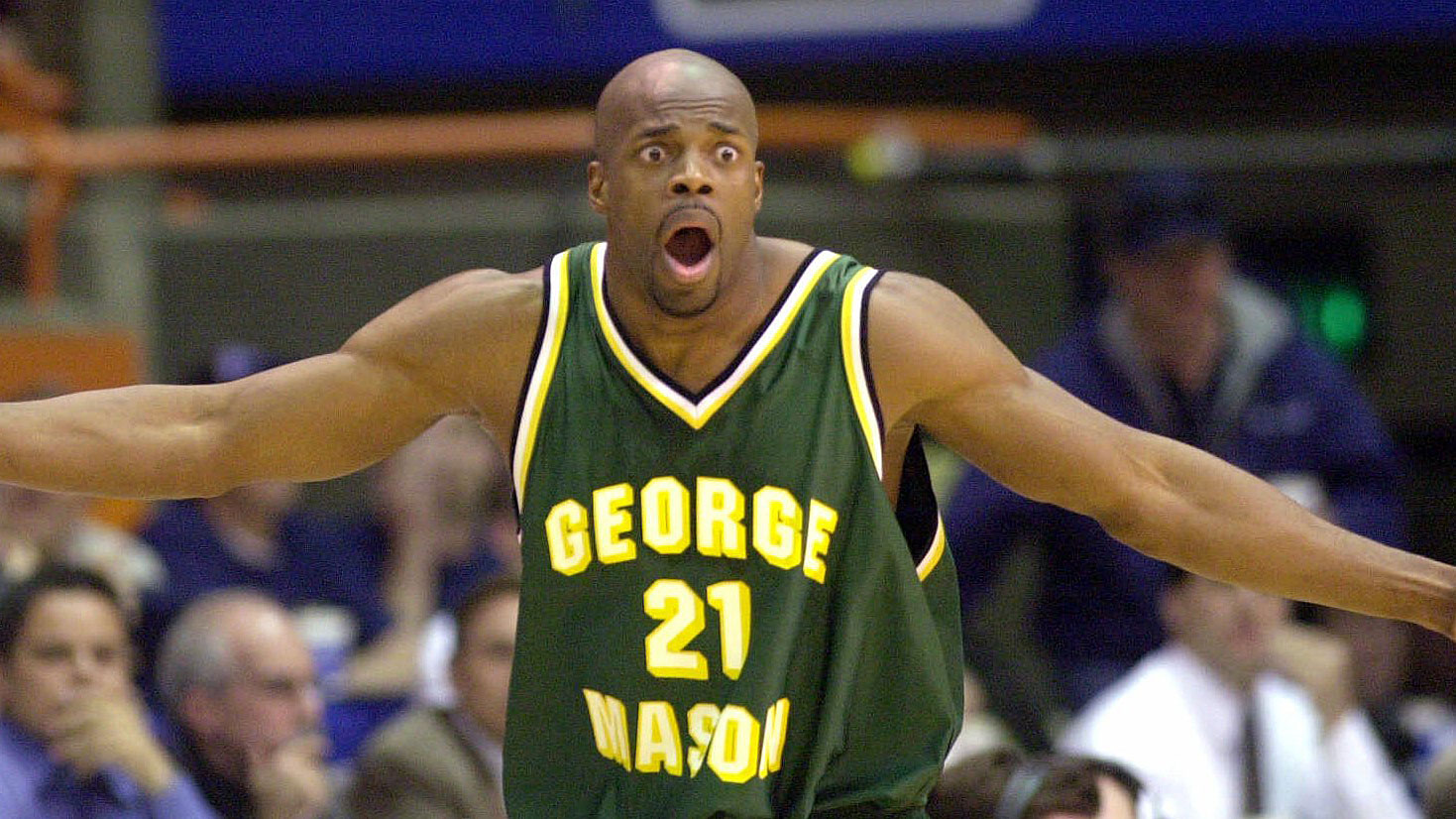 Maryland had one of the most talented lineups in college basketball in the early 2000s. With Juan Dixon, Steve Blake, Lonny Baxter, Terence Morris, and Chris Wilcox, among others, they were one of the only teams that could consistently hang with the Jay Williams–Shane Battier––Mike Dunleavy Jr.–Carlos Boozer–Chris Duhon Duke Blue Devils. The Terrapins made the Final Four in 2001 (Duke beat Arizona in the final) and then beat Indiana to win a national championship in 2002.

That 2001 semifinal run nearly got stubbed out in Round 1 when the Terps encountered Colonial Athletic Association’s George Mason University, but really what they ran up against was one grown-ass man named George Evans. Evans, a three-time CAA Player of the Year, was a 30-year-old senior by the time GMU faced Maryland in the tournament that year. He’d elected to join the military straight out of high school and spent eight years in the Army. He served in Kuwait during Operation Desert Storm, and by the time he’d been discharged and enrolled at George Mason, he was a 6-foot-7, 225-pound mass of solid muscle and old-man game. When he takes the court against Maryland, he’s sporting a vintage cop mustache and his neck looks like it might have a larger diameter than the average man’s thigh.

Throughout the game, Evans attacks Maryland’s heralded Baxter-Morris-Wilcox–Tahj Holden frontcourt with brutish simplicity. Almost every possession, he sets up on the left block and calls for the ball. When he gets it, he pivots to the middle and buries his shoulder in his defender’s chest to create space for a shot put–like baby hook. Or, he pivots and then steps through for an up-and-under. Or, he faces the basket and barrels to the hoop, and the Maryland big men either bounce off of Evans or they foul him.

It’s hard to watch Evans beast Maryland triple teams and not feel a little bit giddy. Is it even fair for this old man to just lord over 19- and 20-year-olds with his physically mature (and massive) frame? Who cares! Just enjoy watching an older, clearly less gifted athlete take it to a bunch of future pros. It’s the kind of experience mismatch you might find at a YMCA, but almost never in elite college basketball.

Even James Worthy, who calls the game for CBS, can’t hold back his enthusiasm for the Evans spectacle (and what a perfect old-man name “George Evans” is!). At one point, after Evans muscles in a first-half bucket, Worthy riffs on Evans’s mid-shin length black socks and shorts hiked up to his rib cage. “That looks like grandpa sitting on the porch on a Sunday afternoon,” Worthy says, “with a big glass of tea, with his dress shoes on and some Bermuda shorts.”

Evans scored 27 points with seven rebounds and four assists against Maryland. The opposing big men, Baxter, Morris, Wilcox, and Holden, combined for 16 points in the game. Evans’s last bucket — an and-1 putback — gave George Mason the lead with a little more than a minute to play, and if Steve Blake hadn’t nailed a go-ahead 3 on the next possession, maybe the sports world wouldn’t need any reminding of George Evans and his grown-and-sexy brand of basketball.