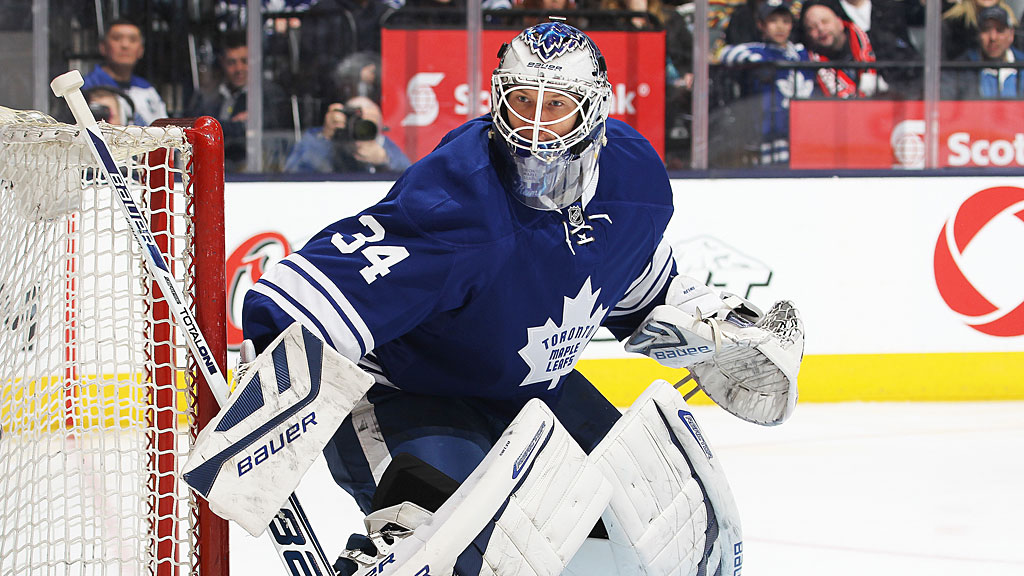 On March 13, I wrote a post that examined the 15 teams on the playoff bubble, breaking them down into three groups based on what I considered their odds of making it in. A lot can change in 11 days, so it’s worth going back and updating some statuses now.

My first group was the teams I thought could feel relatively safe. That list had five teams, including the Habs, Lightning, and Wild, and at this point we can probably take those three off the bubble list altogether; they’re all in.

The fourth team in the “safe” category was the New York Rangers. Despite being only three points clear of a playoff spot, I figured they’d be fine based on an easy schedule and their recent addition of Martin St. Louis. They’ve won three straight, but St. Louis has yet to score and they haven’t been able to gain any ground; they’re holding down their spot by that same three-point margin. I still like their chances, but I’ve heard from plenty of nervous Rangers fans who feel like “safe” is stretching things.

That still leaves us with one more team from the “safe” group, but let’s skip it for a minute and move on to the second group, the “need a miracle” teams. The Jets and Senators are done. The Canucks have proven surprisingly feisty and are still hanging around, but it’s only by a thread after yet another injury, this one to Henrik Sedin.

That left seven true bubble teams that could go either way. Of those, only the Devils have really stumbled, managing just one OT win in five games before finally getting a regulation win Sunday night. They’re not quite dead yet, but at this point, their best hope may be that Gary Bettman just decides to ignore the rules and do Lou Lamoriello another favor.

On the other hand, the Flyers have won five straight, including wins over top-tier teams like the Penguins, Hawks, and Blues. That last win came on Saturday by a 4-1 score, with the Blues dominating the shot chart but having Ryan Miller outdueled by Steve Mason. With a four-point cushion and games in hand on everyone chasing them, the Flyers are all but in.

The Red Wings have made a late push and are now holding down a wild-card spot. The Capitals are pushing hard, but have a tough pair of games coming up this week against the Kings and Bruins. And the Blue Jackets are still very much alive, though Sunday’s 2-0 loss to the lowly Islanders is a tough one.

That leaves us with three teams we haven’t mentioned yet, and they probably need their own sections. Let’s start out West.

Eleven days ago, the Stars held a one-point edge on the Coyotes for the West’s final wild-card spot. Dallas had earned plenty of positive press thanks to excellent seasons from forwards Jamie Benn and Tyler Seguin, but had just lost Kari Lehtonen and Rich Peverley and seemed like it could be vulnerable to a late-season slide.

As it turns out, it was. The Stars earned just one point during a four-game losing streak that included losses to also-rans like Calgary and Winnipeg, the latter by an embarrassing 7-2 score. Meanwhile, the Coyotes got hot, winning three straight and moving four points ahead of Dallas for the final spot while threatening to pull away completely.

That may still happen, but the weekend reversed the trend at least temporarily. The Stars finally snapped their losing streak, earning a 3-1 win Saturday afternoon over a flailing Senators team that seems to have already checked out. Meanwhile, the Coyotes blew a third-period lead on their way to dropping a 4-2 decision to the red-hot Bruins.

Those results moved the Stars back to within two points of Phoenix in what figures to be a tight race the rest of the way. The Coyotes head out on a three-game Eastern road trip this week to face the Rangers, Penguins, and Devils before returning home to host the Wild on Saturday. The Stars’ schedule features two winnable home games against the Jets and Predators and two tough road games in Chicago and St. Louis.

This one seems like it may go down to the wire. And while it’s still probably too early to look quite this far ahead, it’s worth remembering that the two teams will face each other in Phoenix on the season’s final night.

And there’s our final bubble team, the Toronto Maple Leafs. Eleven days ago, they were seven points up and were one of my safe teams. I even wrote that they probably shouldn’t be considered a bubble team at all, and that “barring an almost historic collapse, they’ll be fine.”

Going pointless in five consecutive games may not quite qualify as historic, though it’s not easy to do in the era of three-point games. But the Leafs managed it, and the streak has been enough to eat up almost their entire seven-point cushion. Today, the Leafs are holding on to the East’s final wild-card spot by just a single point over the Capitals (who own a game in hand) and two points on the Blue Jackets (who own two). There’s no need to sugarcoat things — this is a team in crisis. To borrow a turn of phrase, their playoff probabilities chart is starting to look an awful lot like an 18-wheeler headed off a cliff.

The two most recent losses capped off a miserable weekend that saw the Leafs drop a 4-3 decision to the Canadiens at home on Saturday followed by a 3-2 loss to the Devils in New Jersey. They fell behind early in both games, continuing a pattern that’s seen them surrender at least the first two goals in five of their last six.

It’s no coincidence that the latest losing streak has coincided with the absence of starting goalie Jonathan Bernier, who aggravated an existing injury in the first period against Los Angeles on March 13 and hasn’t played since. Bernier has been excellent all year, regularly bailing the team out in games in which they were badly outshot and outplayed. He may be the team’s most valuable player, which is saying something for a team that features a top-five scorer in Phil Kessel.

In Bernier’s absence, last year’s starter, James Reimer, has struggled badly. After looking great in relief to earn the win in L.A., he’s had five starts and gone 0-5-0, allowing 18 goals while posting an awful .870 save percentage. Sunday night, he lasted just 22 minutes and gave up three goals before being pulled in favor of career minor leaguer Drew MacIntyre.

But while there’s no question Reimer has struggled this week, you still have to admire the team’s ability to make sure he was the story. Between Randy Carlyle saying Reimer was “just OK” after a 3-2 loss to Detroit (in which all the goals came on odd-man rushes due to embarrassing defensive breakdowns) to the steady stream of anonymous sniping from within the organization, the Leafs sure seem intent on making it clear this is all the goalie’s fault.

This is a franchise that’s specialized in excuses all season long — it’s apparently the only team in the league that has had any injuries — and now it seems to be proactively arranging for the next one. Never mind the question of why Bernier was allowed to reaggravate an injury by trying to play hurt in the first place — just focus on whether Reimer kicked out too big a rebound on that latest breakaway. It’s all ridiculous, but the team knows its audience, so it will probably work. (And in fact, among the more pathetic members of Leafs Nation, it already has.)

Of course, this ongoing collapse won’t come as any surprise to the advanced stats brigade, who’ve been predicting doom for the Maple Leafs since the preseason. Toronto has been a historically awful possession team, but for most of the year it’s been able to win in spite of the odds. Many of those wins have come in overtime or the shootout, though, and that often come down to random chance. Even before this latest slump, the Leafs have been a bad regulation team riding a wave of good luck to an inflated place in the standings. Now the luck pendulum has finally swung the other way, and it’s ugly.

All that said, the analytics crowd might be advised to hold off any victory parades just yet. The Leafs have already been declared dead once this season, when a January losing streak saw them briefly drop out of a playoff spot. They recovered nicely from that slump, and could certainly do it again. They’ll have to start soon, though, and the schedule won’t do them any favors; they’ve got the first-place overall Blues coming to town Tuesday night.

• The Bruins continue to look unstoppable. They’ve now won 12 straight after wins over the Avalanche and Coyotes, moving into a share of first place overall with 103 points. They’ll host the Canadiens tonight.

• The Blues kept pace with Boston by shutting out the Penguins 1-0 on Sunday afternoon. Backup Brian Elliott made 33 saves, and David Backes scored the game’s only goal midway through the third period.

• San Jose became the third team to hit the 100-point mark thanks to an overtime loss to Washington on Saturday. The Ducks are right behind them with 99 points after Sunday night’s blowout win over the Panthers. Anaheim holds a game in hand over San Jose in the race to determine who’ll get the Pacific’s top seed and avoid a very tough first-round matchup with the Kings.

• Speaking of L.A., goalie Jonathan Quick earned the shutout in a 4-0 win over the Panthers on Saturday, becoming the franchise’s all-time wins leader in the process.

• Colorado forward Ryan O’Reilly is closing in on an odd bit of history. He’s 11 games away from becoming the first player in more than 30 years to play a full season without taking a single penalty. It hasn’t happened since Butch Goring in 1980-81.

• The Senators have lost four straight and have now fallen all the way to 25th overall. As bad as their season has been, it gets even worse when you remember that they don’t even have a first-round pick. The Ducks own that choice, thanks to last summer’s Bobby Ryan trade.

• The Hurricanes’ 3-2 win over the Jets won’t matter as far as the playoff race goes, but it did provide one of the season’s best saves, courtesy of Cam Ward.

• A bad season may have got even worse for the Predators on Sunday night, as they lost rookie defenseman Seth Jones to what his father said were concussion-like symptoms. Nashville did hold on to upset the Blackhawks 2-0.

• The Oilers’ season reached a new low Saturday, as they were embarrassed 8-1 on home ice by the Flames. The game featured yet another Edmonton fan tossing a jersey onto the ice, though Oilers goalie Ben Scrivens quickly sent it flying back.

• Finally, despite the lopsided score, the Calgary win did provide one highlight: Flames forward Matt Stajan scoring on a penalty shot. It was his first goal since rejoining the team following the death of his son, and his reaction made for the weekend’s best moment.