Daryl Washington and the Moving Target of ‘Team Needs’ 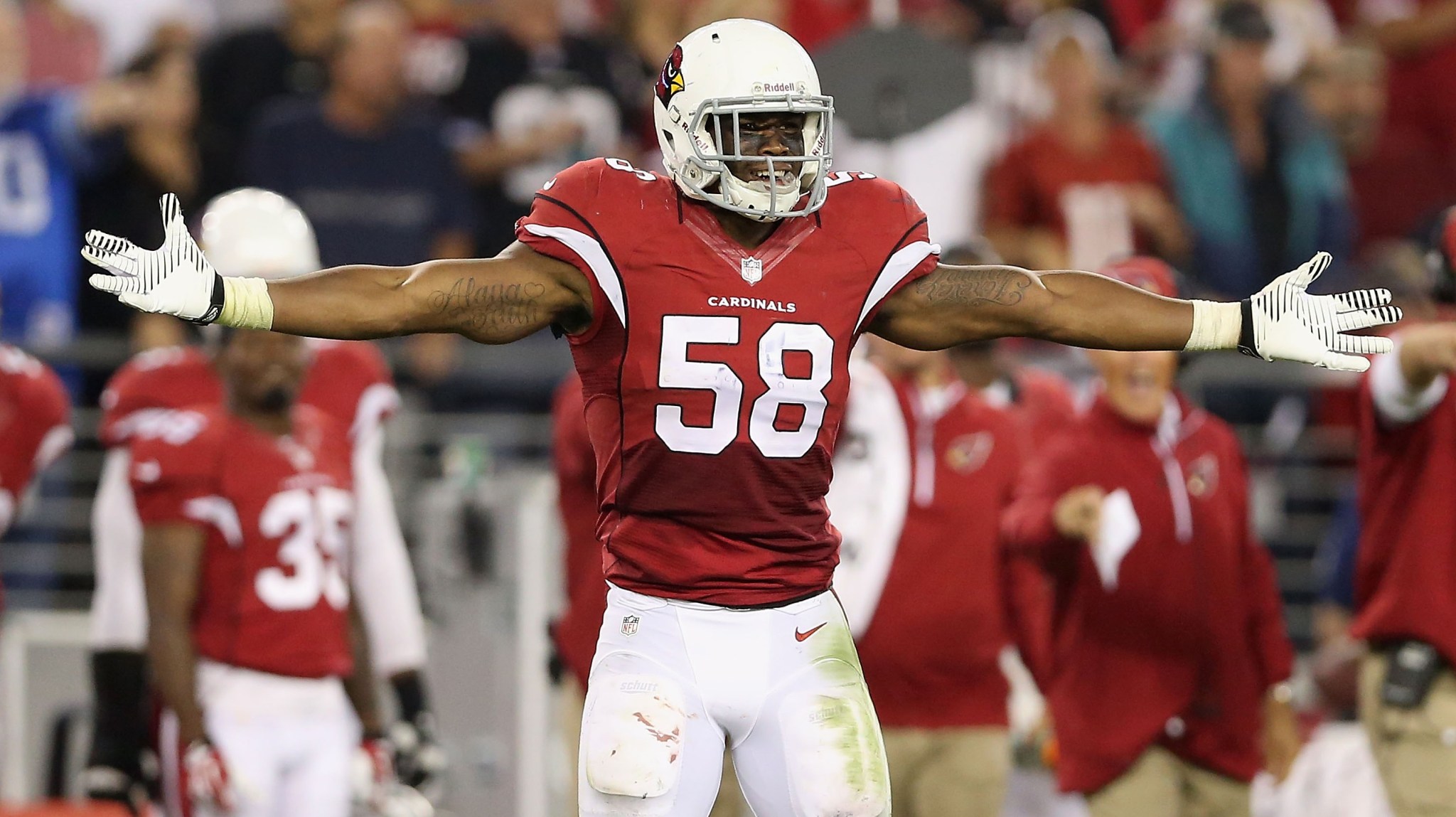 Back in February, Steve Keim made a comment about his roster that he’s probably wishing wasn’t so prophetic. Taking questions at the combine, the Cardinals’ general manager was asked about the pending free agency of inside linebacker Karlos Dansby, who’d just had maybe the best season of his career during his year in Arizona. Keim hit some banal buzzwords about bringing Dansby back — priority, leader — before using the scenario as a way to explain his approach in general.

“Hopefully, we can get something done,” Keim said. “But you have to be prepared to move on, from any player. And that’s how you have to build your team. You know at times, you are going to lose players. You have to have the right kind of depth. That’s why on draft day you can never draft for need because needs are always changing.”

When free agency opened, Dansby quickly signed a four-year deal with the Browns. Even with Dansby gone, the Cardinals had a plan. A year ago, they’d taken LSU linebacker Kevin Minter in the second round, about three weeks before signing Dansby. What was a need before Dansby came into the fold no longer was. After his four-game suspension, Daryl Washington was back in the lineup, and he and Dansby made up one of the better inside-linebacker duos in football, all while Minter spent most of his rookie season on the bench. When Dansby left for Cleveland, the plan reverted back to what it had been all along — Minter sliding in next to Washington. But like Keim said, needs are always changing.

The news about Washington’s yearlong suspension means that Minter’s counterpart, as of today, would probably be 33-year-old Larry Foote, who’s started more than five games once in the past four seasons. Arizona’s depth move was to sign Ernie Sims to a one-year deal earlier today. A former top 10 pick, Sims flamed out in Detroit after four seasons and couldn’t even stick with the Cowboys, who haven’t exactly been flush with linebacker depth this…well, decade. Where the Cardinals had one of the league’s best players a week ago now sits maybe the most glaring hole on Arizona’s entire roster.

It’s a similar situation to the one Dallas finds itself in without Sean Lee, and the one the Browns might face with Josh Gordon. Whether it’s suspension, injury, or abrupt retirement, players are lost so frequently in the NFL that “needs” are always a moving target, one that changes from week to week rather than year to year. After last year’s draft, outside linebacker looked set in San Diego, with Jarret Johnson, 2012 first-rounder Melvin Ingram, and newly signed Dwight Freeney. Then Ingram spent most of the season on the PUP list while Freeney was done for the year after Week 4. In December, no one would have said left tackle was an area of concern for the Panthers. Jordan Gross was 33, sure, but he was playing as well as he ever had. Carolina was a division winner. If he was going to walk away, this probably wasn’t the year — until it was. Now, left tackle is the Panthers’ most pressing worry heading into the season.

Carolina is actually a good example elsewhere when it comes to shifting needs. A lot of people were surprised when the Panthers took defensive end Kony Ealy in the second round. Dave Gettleman got his wide receiver, one he desperately needed, in Round 1, but this was a roster with plenty of holes everywhere. Picking a player at the team’s strongest position seemed like a strange choice.

But if you look at the whole picture, it isn’t at all. Carolina’s cap issues ease up a bit starting next season, but Greg Hardy is still looking at a massive contract, maybe something in the range of what Mario Williams got from the Bills a couple of years ago. That’s of lot of money to commit to one position when your secondary and most of your receiving corps are in tatters (and a lot of money to commit to a player who might be more trouble down the line). Building a roster isn’t a year-by-year project. Rookies often struggle to have an impact anyway; picking them to check off positional boxes is a delusional way to construct a team. Those checkmarks are in pencil, and a lot of them are going to be erased by Thanksgiving.

There are a few ways to adequately handle a surprise hole in the roster. The first is the most tried and true way to deal with any problem in professional football: have one of the three or four best quarterbacks in world. For most of the season, the Broncos didn’t miss a beat after Ryan Clady went down. That wouldn’t be the case for most teams.

But Denver did what it had to in supplementing other spots as well, and it did so by hitting on all of its short-term stopgaps. With Champ Bailey and Chris Harris both missing time, Denver’s secondary would have been a disaster without Dominique Rodgers-Cromartie. Arizona did the same. Along with Dansby, the Cardinals’ defense relied on John Abraham when both of their starting outside linebackers went down for the year. When Chris Clemons missed the first two games, Seattle didn’t seem too worried, not after taking out its Michael Bennett–size insurance policy.

The Seahawks are the model of depth these days, and they’ve assembled most of it the way every team tries to. They draft and develop. Does anyone remember that Brandon Browner was supposed to be Seattle’s other starting corner last year? Thanks to Walter Thurmond, probably not.

This is all easier said than done, obviously. Drafting is still as much luck as anything, which is why I lean toward the “develop” side of how the Seahawks have built the roster they have.

Still, there are teams better equipped to deal with the inevitable loss of a key player or two. The Falcons found out firsthand last year what life is like without a central piece of a top-heavy team. Atlanta built its roster around a collection of stars; when those stars stayed healthy, they were a play from the Super Bowl. When they weren’t, the Falcons picked sixth in the draft. It’s an approach Thomas Dimitroff favors; it’s one I’d rather not gamble with.

Dallas is another one of those top-heavy teams. It’s the first week of June, and one of its significantly compensated bunch is already done for the year. But while Sean Lee’s loss is probably a deathblow for the Cowboys’ defense, Daryl Washington’s may not be for Arizona.

No one is going to be what Washington was for them, but the Cardinals are a team with enough talent across the board and enough of a track record in plugging holes that there’s reason to think they’ll chug right along. We’ve learned that winning isn’t about who’s sitting on the first line of that depth chart in June. It’s about figuring out what to do when those players are gone.

Who Got the Better Birthday Present?