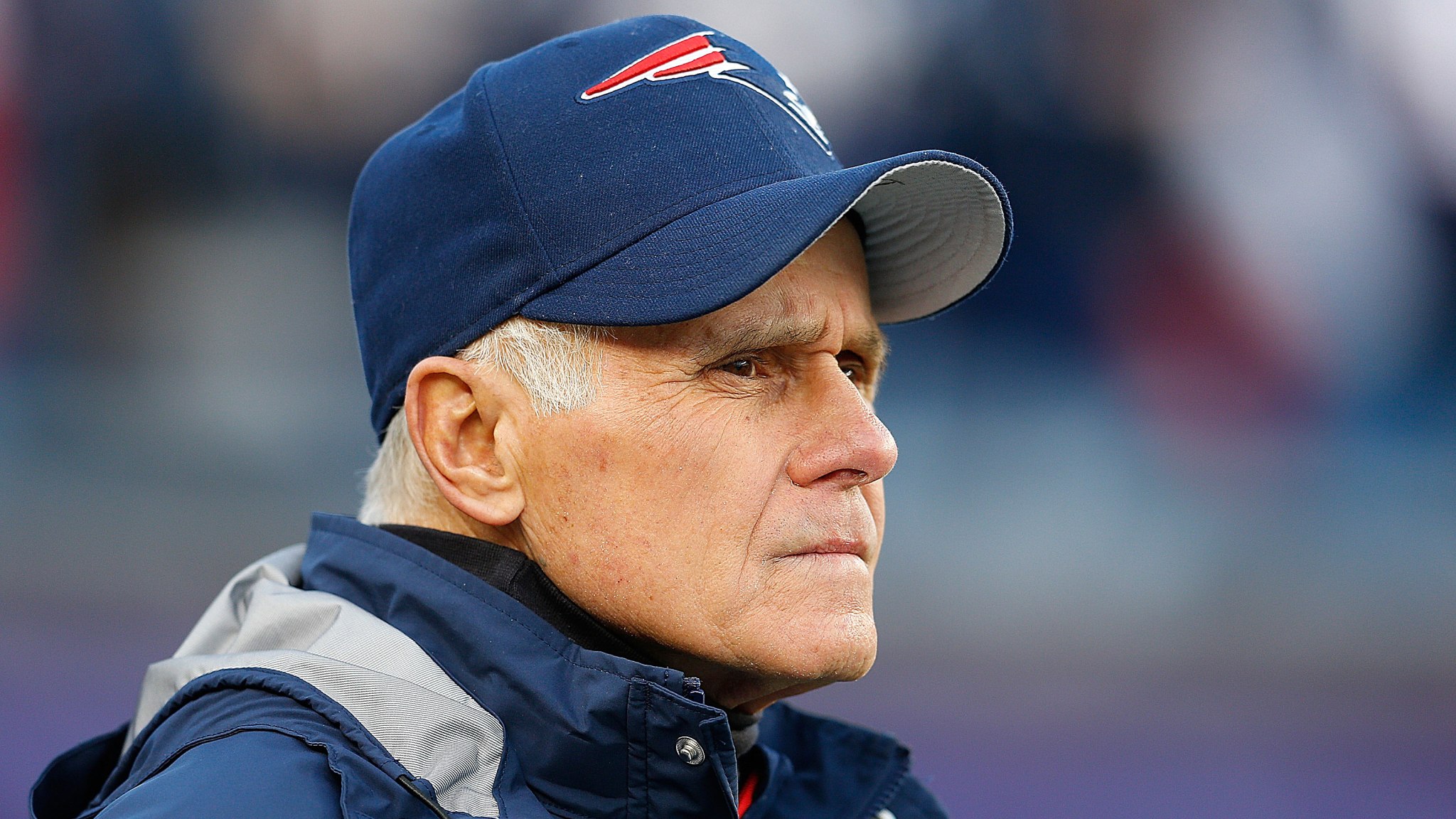 In the early days of the new millennium, Bill Belichick made two decisions that would ultimately define the Patriots. One is a story we know well. It’s been the subject of innumerable stories, constant in-game mentions, even a documentary. In the sixth round of the 2000 draft, Belichick — who’d negotiated personnel power as part of his new job as New England’s head coach — drafted a Michigan quarterback named Tom Brady. Sunday, the pair will play in the eighth AFC Championship Game during the 12 seasons Brady has finished.

The other decision came about three months before the drafting of Brady. One of the first tasks of a newly hired head coach is interviewing the assistants left over from the previous regime. Typically, this is little more than a formality. There’s a reason that house is being cleaned, and new coaches tend to want to build their own staffs.

When Carroll’s firing was announced, Scarnecchia figured his luck in surviving every change in power had run out. “I didn’t think I’d make this [coaching change],” he admitted to the Boston Herald at the time. “I didn’t think there was a chance at continuing the run.” He started looking for other jobs, and even had an offer to take over as an assistant head coach for the Packers

In his final year with Carroll, Scarnecchia had returned to the offensive line. It was the job Scarnecchia wanted (among other things, he’d been a defensive assistant throughout the ’90s), and it’s the job he wanted to keep. When the Patriots announced that Jets assistant Bill Belichick would be the team’s next head coach, Scarnecchia thought he might have a chance. The two had worked together on Bill Parcells’s staff for a single season in 1996, but that was enough for Belichick. “In many ways it’s the luck of the draw,” Scarnecchia told the Herald. For Belichick, it was about a little something more. “I think he’s a great coach,” Belichick said at the time. “I would trust him with my career. In fact I am trusting him with my career.” He wouldn’t regret it.

The most remarkable thing about this latest Patriots iteration is how different it looks from the ones that came before it. New England broke the all-time record for first downs a season ago, with an offense that revolved around two tight ends creating mismatches at every level of the defense. But over the last few games, the Patriots have been content to turn their Hall of Fame quarterback into a handoff machine. During Belichick’s tenure, there have been five games in which the Pats have run at least 40 times and thrown 25 or fewer. Two of those have come in their past two games. It’s a radical transformation, but that ability to completely alter its identity is what’s come to define this era in New England.

When the Patriots won their second Super Bowl, they did it with an offense that was, at best, middle-of-the-road. The Pats finished the 2003 season ranked 14th in offensive DVOA. Tom Brady finished that season with just 3,620 yards and 23 touchdowns, and New England was no better on the ground (25th in rushing DVOA). It was the defense that carried them (second in DVOA) to their second title in three seasons.

The following season, which ended in another Super Bowl win, that arrangement flipped. New England’s defense was still excellent, but its offense was even better. The Patriots were second in offensive DVOA, and although Brady was great through the air, the improvement — and dedication — to the running game is what defined their offense. While the rest of the league ran on 45.1 percent of their plays that season, already trending toward the pass-happy NFL we know and love, New England was running 51 percent of the time. Part of that was the newly acquired Corey Dillon, who rushed for 1,635 yards on 345 carries in his first season as a Patriot, but it was also a sign that Scarnecchia’s group could simply line up and the run the ball.

By 2007, the offensive line had two new starters — Logan Mankins at left guard and Nick Kaczur at right tackle — to go along with Matt Light, Dan Koppen, and Steve Neal, but the real change is in what the Patriots were asking the group to do. That offseason saw the addition of both Randy Moss and Wes Welker, and the newest version of the Patriots offense couldn’t have looked more different from the team that had made the previous trip to the Super Bowl. New England ran on just 42.1 percent of its plays that year — slightly less than the league average of 43.5.

In three seasons, the Patriots went from one of the more run-heavy teams in the league to the most dominant passing offense in NFL history. The offensive line, for its part, didn’t miss a beat. The performance of Justin Tuck and the rest of the Giants’ defensive line in that Super Bowl make it easy to forget, but the Patriots ranked fifth in adjusted sack rate that season, and Mankins, Light, and Koppen were all sent to the Pro Bowl. Scarnecchia’s group was ready for whatever assignment it was given.

This offseason, Patriots right tackle Sebastian Vollmer hit free agency for the first time. As a 28-year-old, Pro Bowl–caliber tackle, Vollmer had options. When he eventually re-signed with the Patriots, he cited Scarnecchia’s influence as one of the deciding factors.

Vollmer grew up in Germany and picked up football when he was 14. When he arrived for his freshman year at the University of Houston (the Cougars had noticed him during an international tournament in San Diego), he spoke next to no English. Even by the time Vollmer’s college career was finished, he was a rough-around-the-edges prospect. Despite being first-team All–Conference USA, he wasn’t even invited to the combine in 2009.

He was still considered by some to be a mid- to late-round flyer, and in lieu of a combine trip, several teams sent assistants to Houston for private workouts. Scarnecchia was one of them, and when the Patriots took Vollmer in the second round (optimistic projections had him closer to the fourth), it was likely with plenty of the coach’s input. In three years, Vollmer went from project to one of the best right tackles in football.

Scarnecchia’s time in New England comes with a few of these stories. Stephen Neal was a college wrestler who may have been even less prepared for NFL playing time than Vollmer, but Scarnecchia eventually molded him into a Super Bowl starter. “To be honest, I didn’t think anyone would have cared as much as he did,” Neal said to Jackie MacMullan in 2012. “I had such a long way to go.”

Scarnecchia is the platonic ideal of offensive line coaches: A former Marine still apt to wear sleeveless shirts — and look terrifying in them — at age 65, his methods are notoriously treacherous. As MacMullan noted, one of the games the offensive line used to play was seeing who could beat Scar to the facility in the morning. They never won.

His clichés are the same clichés: five players, one set of eyes; five fingers, one fist. Anyone who’s spent time in an offensive line room has heard all this before, but Scarnecchia seems to have an ability to make it stick. “Scar is going down fighting right beside you,”‘ Neal told MacMullan. “Even if you’re wrong, he’s going to have your back. It doesn’t matter whether it’s Bill or [former offensive coordinator] Charlie [Weis], he’s going to tell them, ‘I’ve got this.”‘

Just as Belichick is probably in the middle of his greatest performance, Scarnecchia has spent the past three weeks showing this might just be his peak as well. The Patriots lost Vollmer back in October. For a stretch near the end of the season, left tackle Nate Solder went down and had to be replaced with Logan Mankins — maybe the best guard of his generation. Injuries are one thing, but the overall demand placed on Scarnecchia’s group the past two games has been massive. The Patriots had a very clear plan against the Colts — they were going to beat them up, and by game’s end, they had.

Just as he has so many times before, Bill Belichick surveyed his roster and built an identity that fit his players. Only this time, he did it 16 games into a season. That isn’t possible without Scarnecchia’s work, and really, most of what the Patriots have accomplished isn’t either.

This post has been updated to correct the school where Scarnecchia was a coach in 1980-81.