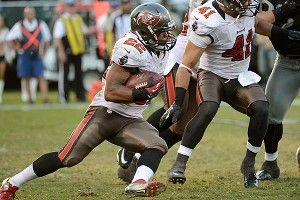 No matter what your affiliations are, or how you were affected by this week’s big news, you must admit we’ve experienced a major moment in the storied history of this country. That’s right: an African American man once again put himself in a position to make a decision that can change millions of lives for the better. Yes, fellow countrymen — Jermaine Jackson has decided to change his name.

This week, the brother of pop legend Michael Jackson filed a petition at an L.A. courthouse asking to change his last name to “Jacksun.” In case you still can’t figure out the difference, Jermaine just wants to scrap the “o” in Jackson and make it a “u.”

I’m sure the letter O is thrilled to be done with this lunatic. (Calls have been put out to O’s publicist — still no response.)

But this is especially fun news for me because (a) I love when celebrities (albeit D-listers) lose their minds, and (b) Jermaine is solely responsible for this blog’s long-running monetary unit.*

Back in 2000 (presumably when he was more lucid), Jermaine thought it would be wise to name his son Jermajesty. So the poor bastard is stuck with that first name, but his old man feels it’s necessary to have a minor surgical procedure done to his last name that doesn’t even change it phonetically?

He claims the switch is for artistic reasons, but Jermaine, I have a feeling you’re going to find out the “u” will not help so long as the “you” is behind the celebrity.

OK, back to winning jermajesties. After hearing about political propositions all week, I think people have forgotten about the propositions that count, those being the ones I cover in the NFL.

(*Obligatory weekly explanation: A “jermajesty” represents the fake name given for a dollar amount.)

Doug Martin under 89.5 yards rushing vs. the Chargers

1. The Chargers have the fourth-best run defense in the league, allowing only one 100-yard rusher this season.

2. Unlike last week, I am not playing against Doug Martin in any of my 64 fantasy leagues.

3. Unlike last week, I am not playing against Doug Martin in any of my 64 fantasy leagues.

Did I just repeat myself? It’s worth mentioning at least twice. I cannot explain to you in words how complacent players become when they find out they don’t have a chance to ruin my fantasy day. 15,000 jermajesties

New York Jets under 16 points vs. the Seattle Seahawks

The Jets are in a tough spot. The players have to lick the wounds left by that slut Sandy — followed by an untimely Nor’easter. On top of that, they have to travel all the way across the country to face the toughest defense on their schedule so far. Not sure even God himself will be able to hear Tim Tebow’s church hymns over Seattle’s raucous 12th man. 15,000 jermajesties

Player with the most receiving yards Sunday: Wes Welker, 12/1 odds

Welker has the luxury of facing the Bills and their 24th-ranked pass defense. He posted 129 yards receiving in New England’s 52-28 dismantling of Buffalo in Week 4. I like him to put forth a similar effort. I also like him to have the most receiving yards for a Caucasian wide receiver. For that, you only have to lay 3,500 jermajesties to win a buffalo nickel. 4,000 jermajesties

This looks like it will be a suffocating game for both offenses. The Bears have given up a total of four rushes of 20 yards or more this year, while the Texans rank in the top three in just about every defensive category. There’s a very good chance you could be seeing these two play again in February. Especially if you TiVo this game and play it back Super Bowl weekend. 3,000 jermajesties each

I’m going over. Haley seems as heartless as the Chiefs are gutless.

7/2: Odds that the recently approved ballot initiative that legalizes recreational marijuana in Washington State prompts Ricky Williams to come out of retirement and sign on as the Seahawks’ fifth-string running back

Same odds that Washington gets another NBA team within the next three years and calls it the Seattle SnooperSonics. That’s some punny shit, yo!

Over/under “hell freezing over”: The time by which free agent coach Sean Payton gets hired on to coach the Dallas Cowboys

Sorry, fellow Cowpoke fans. I’d love to be wrong about this one, but something tells me Jerry Jones would rather die in charge than in contention.

Over/under 37.5: Percent in taxes I will have to pay on my Saints-Obama wins parlay bet

This is no lie. I actually made this bet. Can Obama force you to pay tax on money you made from betting on him? Seems like an impeachable offense, if you ask me.

What will happen first: The NHL resolves its lockout or Florida finishes counting ballots in the presidential race?

Unfortunately, it’s beginning to look like people care about each result equally.

The former pro wrestling executive lost her second bid for the U.S. Senate on Tuesday, after reportedly pumping a combined $97 million into her campaigns. I’d laugh harder if I didn’t provide half that amount buying up John Cena merchandise for my brainwashed sons.

Over/under 4.5: Years before I weigh the same as the second man in my hidden-camera bit at Spumoni Gardens as seen this week on Jimmy Kimmel Live

It’s just a matter of time before some angry guido beats me to death with a pizza tray … edible or otherwise.