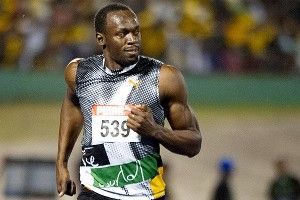 The XXXth Olympic Games are well under way, and much like the previous Games, this one is booooring. You’d think by now that watching a Russian teenager shooting an arrow wildly off target would get the blood going — but no. Not on YouTube and not in front of a billion people during the Olympics. But do you know what would make it more exciting? Nothing. Nothing in the world would make it exciting. I tricked you. Either way, the bottom line is, as lethargic as the events are, it’s our duty to attempt to spice them up.

That, combined with the fact that this is a business, and it’s imperative to build a gambling nest egg for … you guessed it … preseason football.

I’ve examined the remaining Olympic propositions the gambling gods have generously offered. The best part about this is I am not at all familiar with these events, which means I actually have a puncher’s chance at winning.

(Warning: I’m off to a poor start, having bet that the stunt Queen’s chute wouldn’t open in the opening ceremonies [35/1].)

The Yohan Blake bandwagon may not be as fast as the runner himself, but it’s plenty full. Nice of people to acknowledge the fact that Blake has dominated Bolt in races that haven’t mattered — but that’s exactly the point. These qualifiers are just tune-ups for the real deal.

Besides, I checked with Olympic officials and this time Usain is not carrying a wedding cake, and I’m nowhere near the finish line. Enjoy the video and feel free to pile on comments about how much of an a-hole I am.

I know I tweeted the other day that Phelps will win the butterfly event. But that’s the BUTTERFLY event. Very different … or so I’ve read. Unless they empty the pool and refill it with bong water, the lusterless Phelps will be sure to lose some of these toss-up events.

Bear with me while I quickly run the math … 74 kilograms translates to anywhere from 91 to 325 pounds? I like this Burroughs. He won gold in Istanbul at the World Championships and in Guadalajara at the Pan Am Games. A good East Coast kid to root for. Put some money on him and watch as you belly-to-back suplex your way to pay dirt.

If you can find a betting house that still takes this, jump on it. Easy winner. Do it! Even if it’s $12 to win 1. They’re winning these games by 30, and LeBron isn’t even scoring in double digits. I wasn’t afraid of the Gasol brothers two months ago — not afraid of them now.

Oh — also, the Chinese are going to win the gold in Ping-Pong. Now on to the made-up Olympic propositions:

Why are we still bothering with this? Badminton was popular in the 70s … in my backyard … for about an hour.

Over/under 13.5: Olympic boxing judges who are paid off to fix the result of amateur fights so that pig face Bob Arum can line his pockets with more blood money

In an epic display of exercising home field advantage, Prince Charles fixes things so that his wife, Camilla Parker Bowles, takes home the gold medal in the equestrian event.

That joke HAD to have been made already. Sorry — still couldn’t resist.

-800: odds that during last night’s women’s gymnastics event your wife became more excited than she has been all year

What is it with chicks and their infatuation with women’s gymnastics? My old lady rolls her eyes at the Lambeau Leap but delights at the sight of a prepubescent foreigner doing flips. I’m seriously considering attaching uneven bars to my genitals.

3/2: odds that the men’s and women’s beach volleyball teams have a person designated to remove tar from their feet after each match.

Friendly summer tip on how to get rid of tar from the bottom of your feet after a beach outing: mayonnaise. Guaranteed to keep your heels shiny without spoiling for three to four days.

Number of empty seats for the handball medal round vs. number of things about the Olympics Meredith Vieira claimed to not understand during the Opening Ceremony

I’ll take the latter. Vieira medaled in ignorance and is lucky she’s hosting Who Wants to Be a Millionaire and not playing.

750/1: odds that Vanessa Bryant actually believes the TMZ story that the recent photo of a topless Kobe and two blondes came immediately after a drink was spilled on Kobe’s shirt and that the blondes’ husband and boyfriend were nearby the entire time.

The Assassination of Gareth Bale by the Coward Charlie Adam