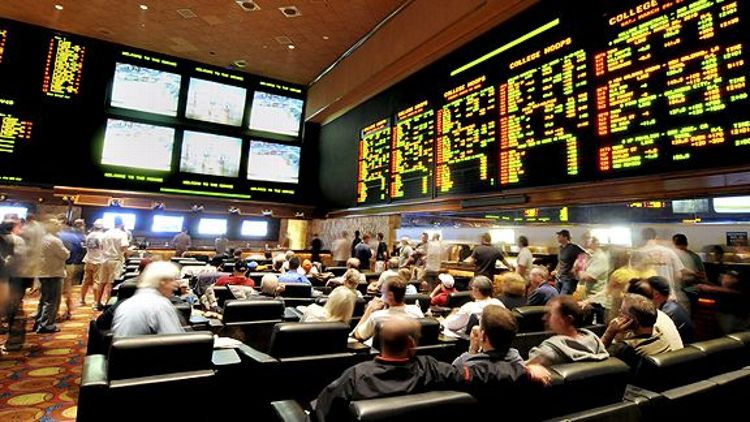 When I was first approached by my friend Bill “The Sports Guy” Simmons to write a gambling blog for Grantland I was tickled pink. I mean c’mon — that voice of his is hilarious.

In all honesty I was excited about the opportunity but felt that before I took the gig I owed it to myself to at least do some research and find out what kind of guy Grantland Rice — the man for which this website was named — was. More importantly — how similar was he to the editor in chief of said website.

Here’s what I found out.

Grantland Rice played football for Vanderbilt University. During his four years he accumulated a broken arm, four ribs torn from his spinal column, a broken collar bone and a broken shoulder blade. He continued on to track and field where he broke a big toe when he dropped a 16-pound hammer during a training session.

Bill Simmons’s pickup basketball career was cut short 7 years ago after he suffered a back spasm while bending over to hit the pause button on a DVD player during his 1,000th viewing of Varsity Blues.

While working in Nashville, Rice used a telegraph wire hook-up from the ballpark with recruited telegraphers to relay game information in a bulletin-type style. This was seen as a useful device in important games to relay detailed information just moments after a big play was made.

While watching NCAA tournament play Simmons routinely tweets about the milkshakes he forces his wife to pick up on the other side of town.

Simmons compares them to his favorite characters on Basketball Wives.

In 1901 Rice happily took a job for $5 a week writing for the Nashville Daily.

Each week Simmons spills more than $5 worth of caramel macchiato on his brand new Boston Bruins jersey.

Don’t get me wrong. I’m not saying Grantland Rice wouldn’t have liked Simmons. I’m saying he would’ve hated him. The truth is The Sports Guy has more in common with Condoleezza — than Grantland Rice.

Nevertheless I accept this challenge because I think it’s important to help familiarize my fellow degenerate gamblers with propositions bets. To teach them that he/she shouldn’t feel beholden to the spread or over/under. There’s a whole other menu for the average bettors to peruse and each week I’ll be offering them my house specials.

Last time I checked 4 was less than 7.5. You’ll feel better about this Monday night after the Pats hang 40 on the slimy Fish defense.

The gritty Steelers play teams in their own division twice and then the horrid squads the NFC West has to offer once each. So that should be 9-1. Not to mention — playing at the most likely Peyton-less Colts Week 3, plus a home game against the Jags. I’ll stop there. You get the point. Easy schedule.

Solid numbers every year. With no Manning in sight (not the good one at least) for the foreseeable future everyone else’s MVP odds should drop dramatically. This one hasn’t. Take it before Vegas wises up.

That number is way too high. This guy was the complete package at LSU and is now a great fit in the Pats wide-open offense. Spy cam sold separately.

Jets and Saints 12/1 to win the Super Bowl

I urge you to take both teams. That way when they’re playing each other at Lucas Oil Stadium this coming February 5th you won’t even have to watch.

Under .5 kickoffs returned in this week’s Raiders/Broncos game

The new rule change + the old, razor thin air amount to a boring day for the return men in this game. An onside kick has a puncher’s chance of staying out of the end zone.

Under 3.5 weeks before the Bears give Kristin Cavallari a tryout for the starting QB spot.

Hey VH1 — that reality show idea is yours gratis.

How angry I am on a scale of 1-10 for letting The Sports Guy convince me that we should put a substantial amount of theoretical (yet very real) money on the Rams to win the NFC West: 7

I’m going over. Not because it was a bad bet — but because now I’m forced to watch every head to head game in that crapass division. Gonna be great fun sweating out Seattle @ Arizona on New Year’s Day.

That’s that. Thank you for indulging me. And thank you, Grantland. So glad we’re finally on a first-name basis. Enjoy Week 1.