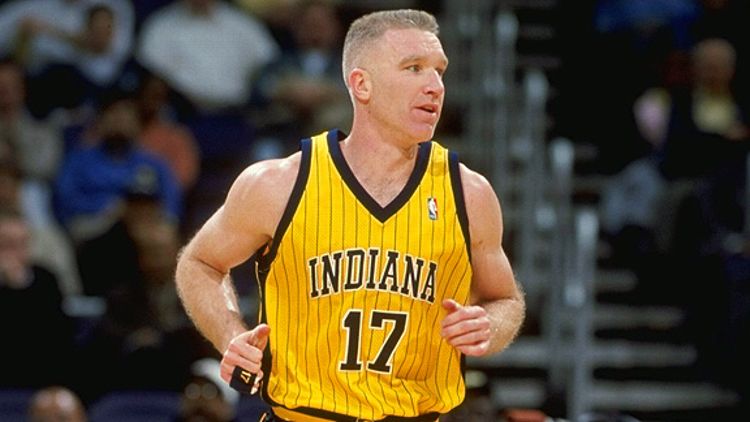 When the Naismith Memorial Basketball Hall of Fame welcomes Chris Mullin on Friday night, it’ll be worth remembering. Not just because making the Hall is an incredible feat. And not because Dennis Rodman might do something stupid next to him.

Mullin’s induction is significant because he’s the last of a kind — you aren’t going to see too many players like him getting in any time soon. During an era marked by the growing importance of athleticism and physical superiority in the league, Mullin managed to succeed instead thanks to a skilled and meticulously refined game. He was a left-handed jumpshooter who barely cleared the floor on his attempts with a crafty mid-range game and impossibly spun layups. Not really what you would call YouTube material these days.

But there was a certain grace and precision to his game. You could see it in each stepback jumper and every crisp behind-the-back pass. He was a 6-foot-7 tactician, adeptly demonstrating the skills typical of a guard in an inappropriately large frame.

It’s not a testament to his body of work to say that he simply got away with a lack of athleticism at a time when physical dominance in the NBA was burgeoning, but it’s certainly worth remembering the individuality of his game, now that the sport has transformed to the point at which similar traits are significantly less likely to produce comparable results.

Successful players of Mullin’s size had to be able to bully opponents in the post, go up high for rebounds, and power through the lane to get to the rim. In the ’80s, mostly tall, frail guys “controlled” the paint and finesse was more excusable, but now shot-swatting brick walls like Dwight Howard and Andrew Bynum are the standard.

That’s not to say that Mullin was soft; he grew up with a hard-nosed Brooklyn basketball background and was drafted out of St. John’s. But Mullin mastered a niche in the ’80s that just isn’t as applicable today. Maybe that’s why he became significantly less effective on the offensive end in the mid-’90s.

The players in today’s NBA might get to that mid-range jumper a half a second faster or jump just high enough to get a finger on that well-placed layup that the run-of-the-mill ’80s defender might not be nimble enough to reach.

This raises a question of how often the NBA, moving forward, will allow Mullin’s approach to be sustainable. Small guards like Steve Nash and J.J. Barea still exemplify many of Mullin’s greatest characteristics, but his calculated strategies aren’t so prevalent in other 6-foot-7 guys these days. Where’s the tweener forward today that rarely dunks with a solid jumper, inventive midrange game, sneaky layups, and razor-sharp hair?

There’s no telling how the league might further transform, and it might very well shift back to a state in which skill takes over once again from athleticism. But who knows how long that will take — if it even happens at all?

And that’s why it’s so important to remember what Mullin accomplished. His numbers and style of play are a clear reminder of what the league used to be — Chris Mullin’s legacy is beyond that of just a basketball player because he’s a clear measure for how the game has evolved.

If the Basketball Hall of Fame is good for anything, it’s good for chronicling the history and trajectory of the game and making connections between the sports various eras. If that’s the case, Mullin’s place seems not only appropriate, but also necessary.

Danny Savitzky is a contributor for Grantland and a writer for the NetsAreScorching.com. Follow him on Twitter at @theSkyhook.