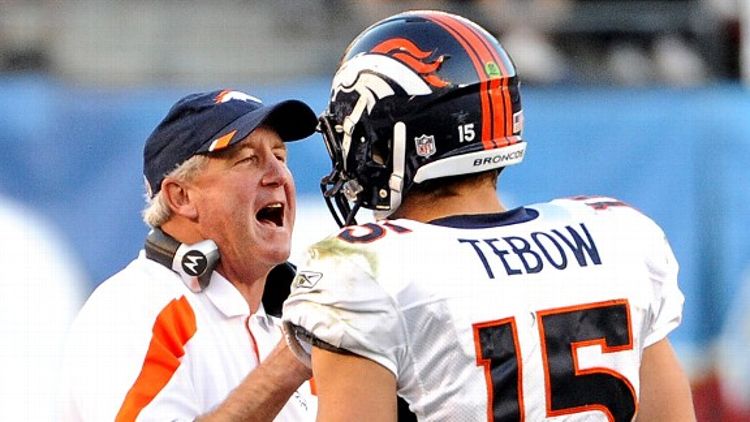 With three-quarters of the NFL season in the books, now is the perfect time to catch up with some of the prop bets that were out before the NFL season, since we’re beginning to get an idea of how this action is actually going to play out. In fact, 11 of the league’s 32 teams have already finalized the outcome of their “regular season wins” over-under bet from before the season with their performance through the first 12 games, and three more have already tied one side of their total and could clinch an over or under as early as this week. Let’s review those 11 teams and see what happened.

While the over-under totals can be different at each book, we’ll be using the lines set by the Aria casino on August 15 when we did our initial look at the totals before the season.

This line actually opened at over 11.5 wins at -110, so the move to EVEN suggests that more people were betting under 11.5 wins for the Packers in August than over. Regardless, the 12-0 Packers have clinched the over with four games to go; unfortunately for their bettors, there’s no bonus if they go 16-0.

The Texans attracted a lot of action as people realized that Peyton Manning’s neck injury was going to be a bigger problem than it seemed in April. By the time we got to this line in the middle of August, the payout was so low ($64 for each $100 bet) that it seemed pointless to bet on. Most casinos moved it to 8.5 as August went along, but at 9-3, the Texans have already surpassed both those totals.

It’s hard to argue that this over was obvious to see since the public had bet heavily against the 49ers before the season; this over started at 8.0 wins -120 and was at +120 when we discussed it. Obviously, the 10-2 Niners have made all those over bettors happy, but when you bet can be a lot more important than people realize. If you bet the Niners in July, your $1000 bet returned a profit of $833; if you bet in mid-August, that same bet returned $1200.

No team took more “under” action before the year than Cincinnati, which went from having a line of 7.5 wins -120 to that 6.0 wins +120 figure in a matter of weeks. Even the most fervent Bengals backers couldn’t have seen a 6-2 start coming, and with their win over the Browns in Week 12, they sealed the deal for folks who bet in mid-August. If you bet the over when the totals were first released, though, you’re still sweating another win from a team who has lost three of their past four games to hit your total.

The over bet took plenty of action for the Titans when the futures came out, and after a 3-1 start to the season, it’s seemed inevitable that Tennessee would hit seven wins. They were one of two teams to lock up their total this past Sunday, thanks to a 23-17 win over the Bills. The other one was …

We noted in our preseason gambling preview that we had bet on the Broncos over after they decided to keep Kyle Orton because ” … the Broncos will be much better with Orton under center than any of their other QB options.” Oops. Sometimes, you make the right read of a situation and your bet still loses; other times, you misread a situation and your bet still pays off. Thanks, Tim Tebow!

This was the first season-long NFL bet to resolve itself, as the Colts had this under sealed up a week before Halloween.

Although a 4-1 start would have caused most people with the under here to start ripping up their tickets, a six-game losing streak pushed this win total under for good, with the 16-13 overtime loss to the Broncos serving as the nail in the over’s coffin. Again, thanks, Tim Tebow! Remember, the Chargers were as listed at -250 in some places to win the AFC West before the season because their competition was so weak. Right now, they’re tied for last place, and people who bet on the Broncos or Raiders to win the AFC West before the season are clutching their tickets very tightly.

After Philadelphia’s forays into the free agent market, this was one of the most popular over bets in the marketplace. Seasoned bettors, though, saw all the excitement and public money heading in one direction and quietly took the under, expecting the offensive line to collapse and Michael Vick to go down injured. (Note: I am not a seasoned bettor.) When Early Doucet scampered into the end zone to beat the Eagles in Philly during Week 10, this bet officially went under.

My sole futures bet from the pre-season guaranteed to be a loser, the Rams were supposed to start slow against a tough schedule before eventually heating up against the rest of the NFC West. The Rams started slow, alright, but when they were blown out by 17 points at home in Week 11 by the Seahawks, the over dream was dead.

Minnesota still could have tied their over/under (resulting in a refund for bettors on either side without any profits for the bettor or the casino) by winning last week and then winning out, but Denver’s comeback win put the Vikes at 2-10 and consigned them to a second consecutive season on the under side of the ledger. One more time with feeling: Thanks, Tim Tebow!

Three teams have a win-loss record that currently ties their expected win or loss total. The 7-5 Raiders were facing a line of 7.0 wins, so people who bet the over (at +110) can’t lose. If the Raiders go winless the rest of the way, over bettors and under bettors will get their money back. If the Raiders win even one game, the over wins and gets paid off, while the under becomes a losing bet. The 5-7 Bills are in the same boat, as their line was listed at 5.0 wins.

On the other hand, the 4-8 Buccaneers are in trouble of hitting their under bet. With a line of 8.0 wins, they’ll need to go undefeated in their final four games to avoid triggering the under and save the over bettors’ money.

After their destruction of the Bengals at home last week, everyone is lining up to back Mike Wallace and company against the Browns, who were barely competitive against the Ravens. And now that the Steelers are forcing turnovers again — with nine in their past four games, thank you very much — 14 points shouldn’t be too much of a problem.

What did the Saints do to deserve this line moving towards the Titans? All they’ve done the past two weeks is dominate home games against two NFC playoff contenders from start to finish, right? Maybe bettors suspect that the Saints aren’t the same team away from the Superdome. The Saints are 6-0 at home, but they’re 3-3 on the road, and that includes losses to the lowly Rams and Buccaneers. Eight of Drew Brees’s 11 interceptions have come outside of Louisiana, and his passer rating falls from 122.4 at home to 91.3 elsewhere.

Finally, the hex is over! After watching the Chargers blow their season with a gruesome losing streak, bettors looking to jump on an angry, vindictive bandwagon may have found their match with Philip Rivers and company. Let’s just hope that the last people getting off the Bills bandwagon can get a direct transfer.

Why yes, this is about what happens when one team nearly ends a long undefeated streak and the other loses to the Cardinals! Just remember, though: Two weeks ago, one of these teams had just been embarrassed on national television, and the other one was riding a four-game winning streak. Narratives can change awful quick in one week.