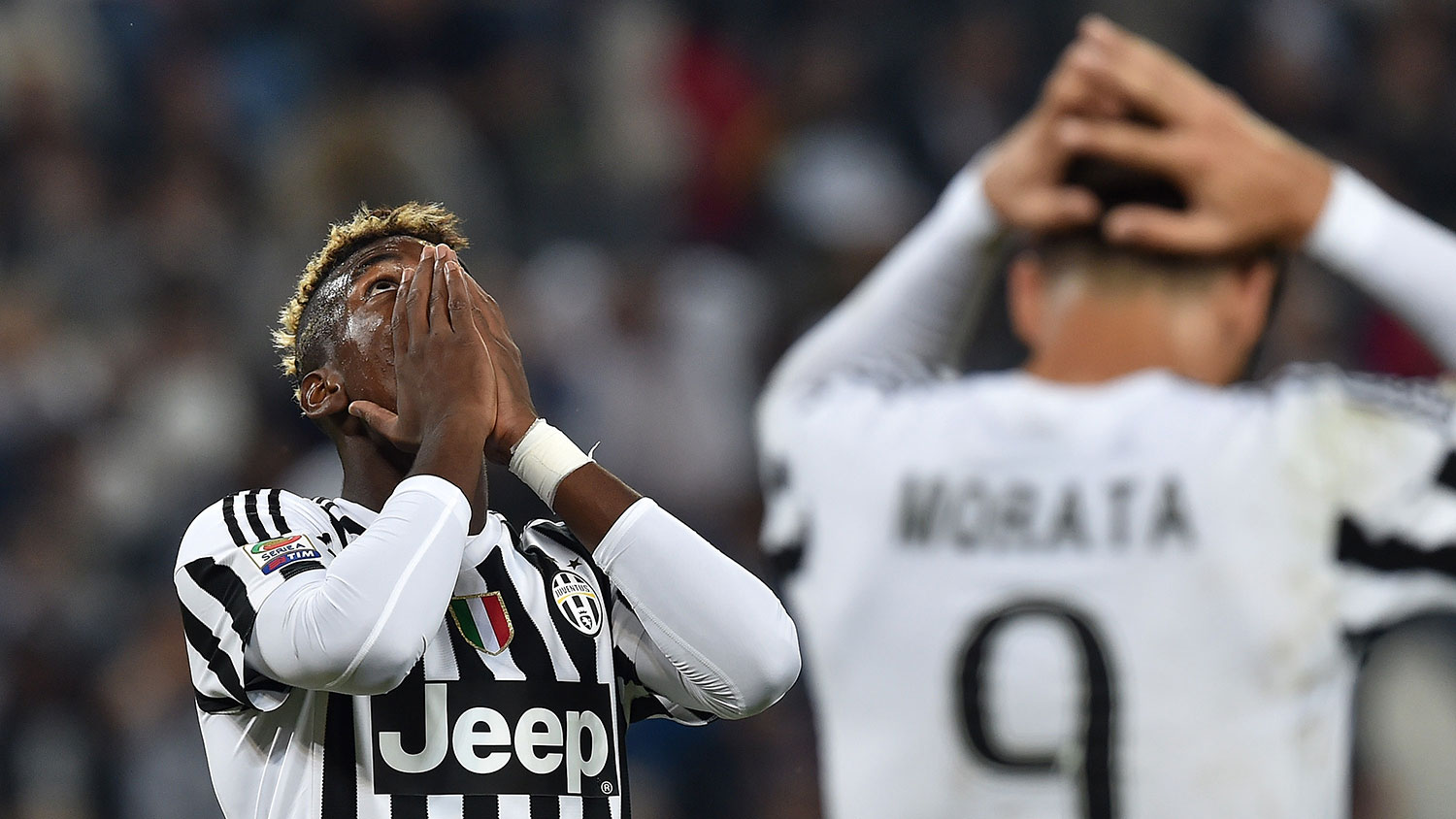 The Champions League is here! And we’re so excited we’ll say it again: The Champions League is here! Starting today, the best of Europe’s best will square off every few weeks until the final on May 28 in Milan. Well, at least, that’s what is supposed to happen: For a quartet of qualifiers from the continent’s top four leagues, the first month and a half of the season has gone just about as poorly as anyone could’ve imagined. And as if to prove the validity of the cliché “misery loves company,” three of them are in the same group. Let’s take a look at how worried each team should be.

The numbers really undersell just how dominant Juventus were last season. They won the title by a whopping 17 points and were never close to being challenged. Plus, they made that dramatic run to the Champions League finals, including an impressive and decisive semifinal victory over Real Madrid.

This season, they have one point from three games — a home loss to Udinese, a road loss to Roma, and a home draw to Chievo that wasn’t a loss only because of a last-second penalty.

Considering that divergence, it probably isn’t a surprise that the current version of Juventus looks much different than last season’s. Carlos Tevez, Andrea Pirlo, and Arturo Vidal are all gone. Meanwhile, Paulo Dybala, Mario Mandzukic, Hernanes, Sami Khedira, and Juan Cuadrado have come in to fill those voids.

Yet, the holes don’t just end there: Midfielder Claudio Marchisio and striker Alvaro Morata started the season off hurt — Marchisio is now hurt again after briefly returning — and the always-injured Khedira is — surprise, surprise — also injured. It’s always possible that Juventus are heading for one of those comically snakebitten years of never-ending injuries, but it’s way more likely they’ll eventually get healthier, the new pieces will jell, and the team will improve into something that’s at least a close approximation of the quality of last season’s model.

Why the optimism? Even with the poor start, they actually don’t have that far to go. They already sit third in expected goals (5.90) and fifth in expected goals conceded (2.55). Some of the new pieces will settle in, more shots will start finding the back of the net, and manager Max Allegri will settle on a steady role for Paul Pogba in the new-look midfield.2

Sure, there is a world in which Juventus, in their second year under Allegri, struggle and, for whatever reason, chronically underperform their expected goal numbers, but it’s going to take a lot more evidence than three bad games to sound that alarm. Today’s matchup against high-flying Manchester City might not be quite what the doctor ordered, but much like the first few domestic games, Juventus could lose, and they’ll still be just fine.

Alarm-O-Meter Level: The captain has turned on the “fasten seatbelt” sign. 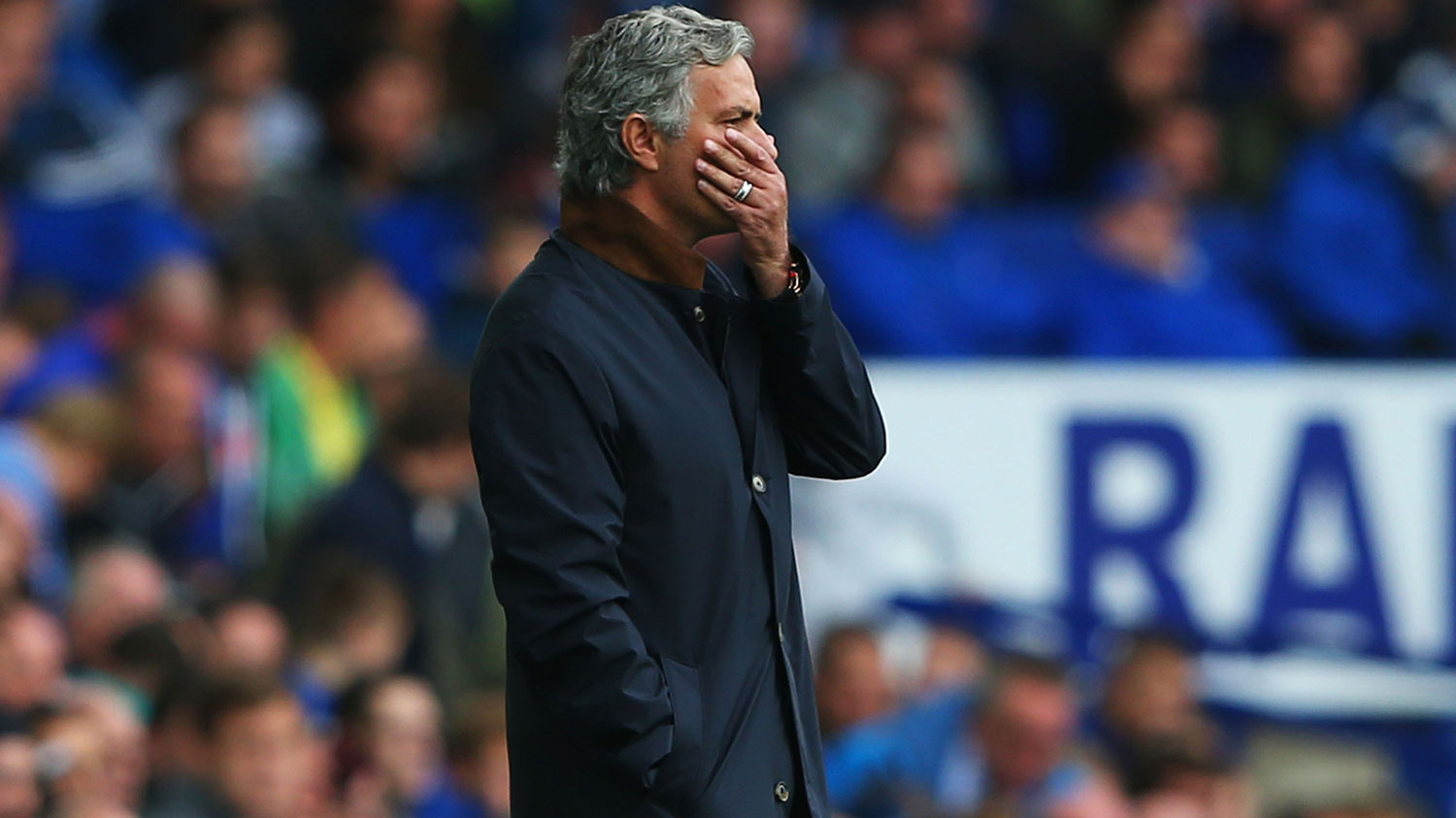 If Juventus are the new-look squad that’s experiencing some bad finishing and injury luck, Chelsea are the healthy and unchanged team that has actually been legitimately terrible.

Through five games, nothing about Chelsea has looked remotely like a Champions League–qualifying side, let alone a Premier League–winning one. Unlike Juventus, Chelsea’s numbers downright stink. They’ve conceded 10.48 expected goals — the second-worst figure in the league. They’re giving up a whopping 7.40 shots on target per game — not only the worst mark in the league, it would be the worst season-long mark in the past five years. They’re over half a shot worse than the 2011-12 Wolverhampton Wanderers side that conceded 6.82 shots on target per game on its way to finishing dead last in the table. Things aren’t really better on the attacking end, either. Although, I guess sitting ninth in expected goals scored is a heck of a lot better than 19th in expected goals conceded.

Over the summer, Chelsea mostly stood pat, bringing in some supporting players like Pedro and Baba Rahman to add to an already-existing spine. And they’ve had only two injuries: Oscar hasn’t played since the season opener against Swansea, and Thibaut Courtois did something to his knee in practice that will require surgery and sideline him for at least 10 weeks. Unless Oscar was secretly the best player of all time and nobody knew about it, missing him really shouldn’t do this much damage. Two years ago, this team competed for a title with a midfield that largely consisted of Ramires and an aging Frank Lampard; now with Nemanja Matic and Cesc Fàbregas, they can’t stop or score on anybody.

To add another exclamation point to it all, Chelsea’s schedule hasn’t even been that rough so far. Yes, they’ve already played the hardest fixture of the season — Manchester City at the Etihad — but if you adjust expected goals for schedule strength, they still come up wanting.

Craterings like this just don’t happen to clubs with talent and resources of Chelsea. Only five games in, we’re already grasping at improbable straws. Is it the training regimen, which has apparently been geared to peak later in the season? Has the league finally caught up to whatever Jose Mourinho’s special sauce is? Or maybe last season was just a collective fever dream, and we all hallucinated Chelsea walking to the title at half-speed?

Five games is only five games, and even if it’s just because of the names on the front and back of the jersey, it seems impossible to believe Chelsea won’t get better. If there’s a takeaway to be had from their season, though, it’s that things won’t get any better if they just stay the course. Mourinho and his team need to make some major changes, but even if they do, their chances of a repeat are slim. Already 11 points behind first-place Manchester City, the best-case scenario might be a campaign that’s primarily focused on a deep Champions League run.

Alarm-O-Meter Level: Mr. Mourinho, we don’t like how some of these test results look. We’re gonna have to perform some exploratory surgery.

The concern for Sevilla doesn’t come from their first three results. With road draws to Malaga and Levante, along with a home defeat to Atletico Madrid, the two points from the opening trio of games aren’t quite as alarm-bell worthy as they might seem. Instead, the worry for Sevilla is that, well, they’re still Sevilla: Every year, they have to use some combination of duct tape and twine to elevate their modest budget to the levels of European competition.

In a lot of ways, Sevilla are practicing the same cost-conscious team-building strategy as Juventus or Atletico Madrid — just on a slightly lesser scale. Don’t be afraid to churn your best players for profit, and focus on bringing in smart, low-cost players, even if they aren’t necessarily young.

After winning the Europa League two years in a row, Sevilla sold striker Carlos Bacca to AC Milan and right back Aleix Vidal to Barcelona. Both Fernando Llorente (from Juventus) and Evgen Konoplyanka (from Ukrainian side Dnipro Dnipropetrovsk) arrived on free transfers. They also brought in striker Ciro Immobile on loan after a disappointing year at Borussia Dortmund and spent modestly on Steven N’Zonzi of Stoke and Gael Kakuta of Chelsea’s loan army — a pair of somewhat-misfit toys.

These kinds of moves are nothing new; they’re all cheap, with risk-to-reward ratios tilted in Sevilla’s favor. Except, there’s always a thin line between low-cost team building and inadequately papering over cracks. One talent evaluator’s smart buys are another’s inadequate replacements. When you make this many moves every season, the hope is that even if one fails completely — like Gerard Deulofeu’s ineffective loan from Barcelona last season — the others will make up for it. Yet, even with a talented manager like Unai Emery, some years the pieces just don’t quite fit together. No matter how well you apply the duct tape, things will still occasionally fall apart.

Last season’s Europa League title defense earned Sevilla’s spot in this season’s Champions League. Unfortunately, they ended up in a group with Manchester City and Juventus, so they’re likely to finish third and get put back in the Europa League. A successful season for Emery’s side would likely consist of a run toward a third crown in Europe’s other club competition and/or a top-four finish in Spain, but if neither of those things happens, it won’t be because of the kinds of results they’ve picked up over the first three games. 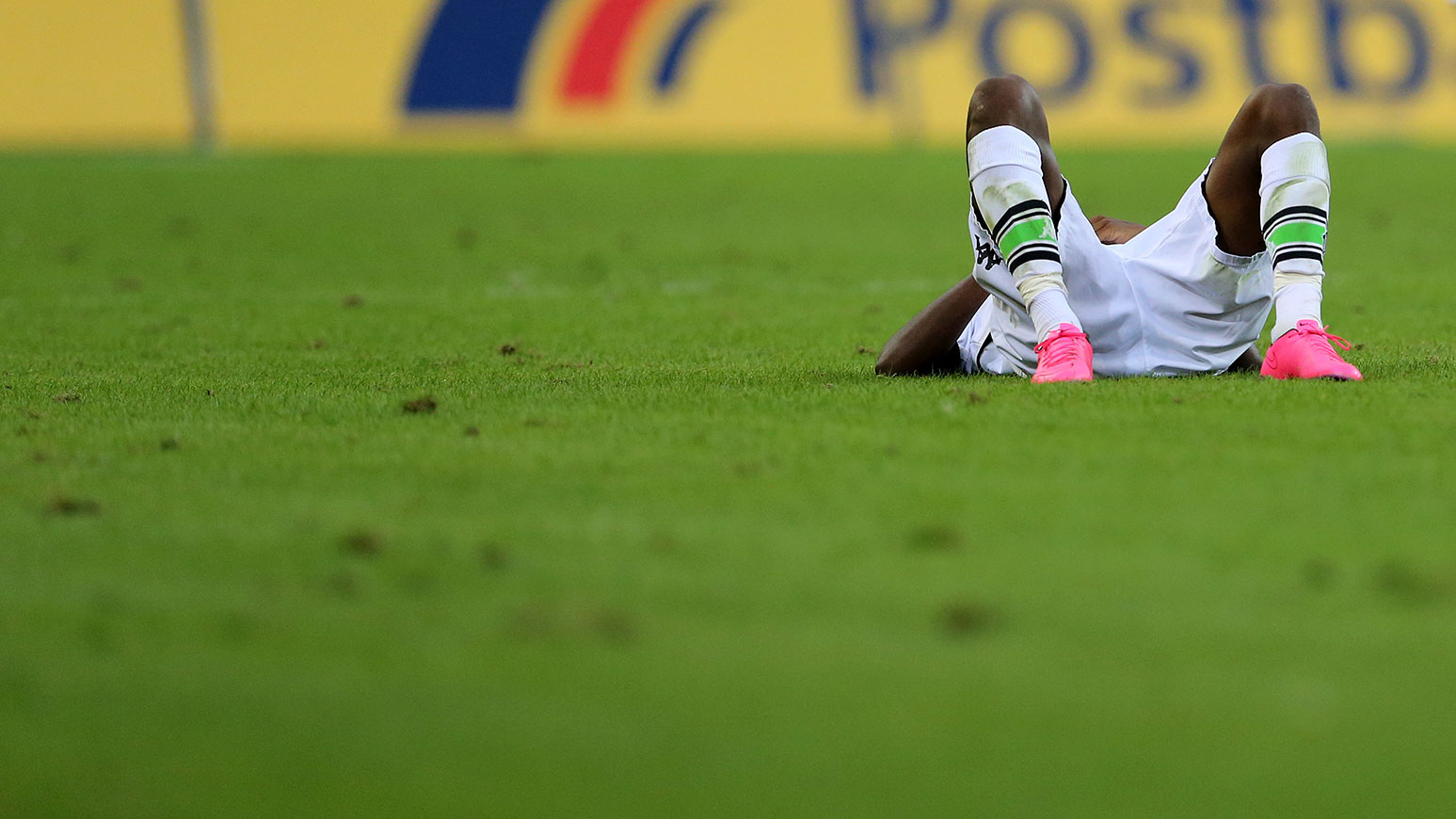 In a word: Yikes.

The Foals qualified for the Champions League on the back of a defense that conceded only 26 goals despite an expected goals against tally of almost 44. That meant they either got seriously lucky or were doing something that our current expected goal calculations were missing. With that in mind, you could see this season’s performance as regression, but that’s not the right word. Regression would be a performance closer to what were still decent underlying numbers. This is a team just flat-out playing like garbage.

Over the summer, they said goodbye to a pair of key pieces in midfielder Christoph Kramer, whose loan from Bayer Leverkusen expired, and attacker Max Kruse, who was sold to Wolfsburg. Then they lost center back Álvaro Domínguez and USMNT-er Fabian Johnson to injuries. Could that be enough to explain why this team’s yet to concede fewer than two goals in a game this season? Maybe, but the return of Dominguez and Johnson doesn’t seem like it’ll be enough to right the ship. All told, they’ve already allowed 11 goals in four games, while last season they conceded 26 in 34. It’s hard out there when you’re a defensive team without a defense.

However, it was a nice run, Gladbach. Maybe you’ll even figure enough stuff out to turn yourself into a not-utterly-horrible outfit as the season goes on. But for now, it’s hard to envision a team that deserves to be dead last in its domestic league doing any better in Europe.

Alarm-O-Meter Level: Staring into the abyss.

This post has been updated to correct Chelsea’s expected goals against total.

The Adjustment Bureau: How LaMarcus Aldridge Will Fit in With the Spurs