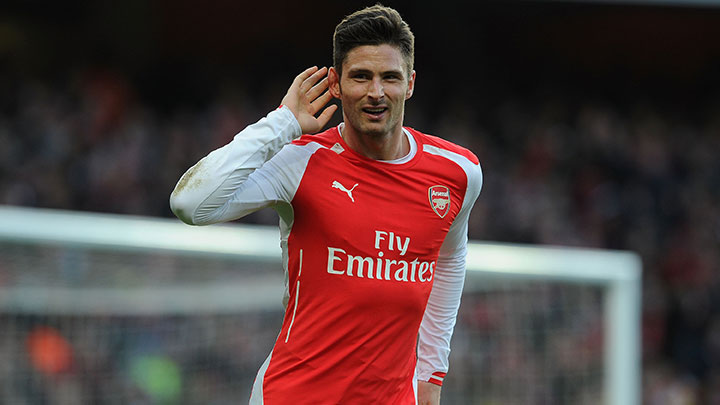 With 13 games left in the Premier League season, the title race looks all but wrapped up, as Chelsea lead second-place Manchester City by seven points. Despite falling off the path to a repeat championship, City should be secure in second place. Beyond that, the race for the last two Champions League places is wide open. Five teams sit within five points of third place heading into this weekend: Manchester United (47), Southampton (46), Arsenal (45), Tottenham (43), and Liverpool (42).

Chaos and regression toward expected goals rule this part of the table, so don’t expect this fivesome to end in its current state. Here, in descending order, are the teams with the best chance of making it into next season’s Champions League.

Fifth-place Arsenal? Yep, fifth-place Arsenal. They’re a point back of fourth, but they’ve played the best out of this entire crop of teams. By expected goals, they’ve actually been the most prolific team in the Premier League this season, and they are the third-stingiest defensively by the same metric.1 Arsène Wenger’s group has the basic “shoot a lot and keep your opponent from shooting a lot” approach down pat. Whatever glitch in the matrix saw Arsenal struggling to convert early in the season while opponents stuck every opportunity in the back of the net has righted itself. They’ve won four of their last five — only losing the hotly contested North London Derby to Spurs — a run that includes a 2-0 win at Manchester City. Oh, and Mesut Özil is back and doing stuff like this.

Key Matches: The schedule looks relatively easy for the near future with only home dates against Everton and West Ham to remotely challenge the Gunners until April, when things should finally heat up. They host Liverpool on April 4, Chelsea on April 26, and then, in what may be the biggest match of the year, they travel to Old Trafford on May 16, the second-to-last week of the season, to take on Manchester United with what will likely be a Champions League berth hanging in the balance.

Should I Root for Arsenal? If you believe in stability, order, and react badly to surprises. In other words, if you’re in a Discover card commercial. Somehow, someway, Wenger always gets Arsenal to fourth place. This year it helps that his team is pretty good, too. 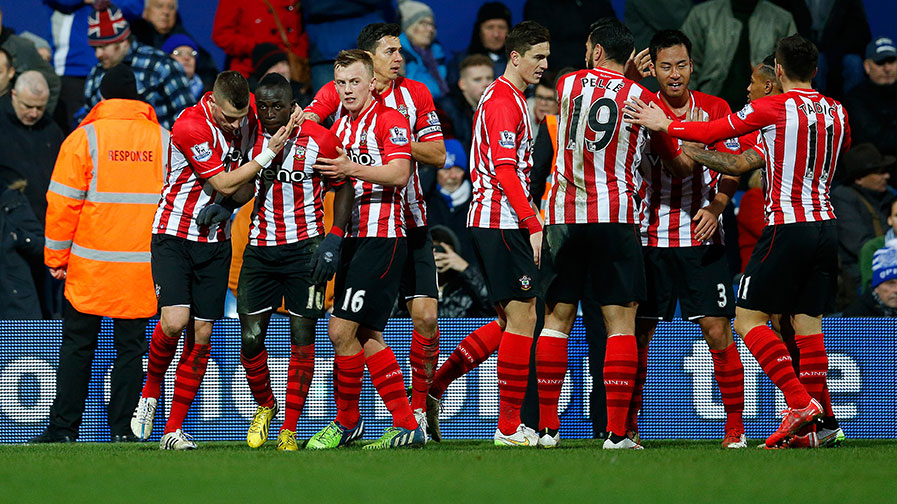 For the second time this season, Southampton seem like they just might finally run out of juice. The Saints remain a brilliant defensive team that simply strangles opponents: They’ve given up the fewest shots, shots on target, and goals this season, along with the second-fewest expected goals. And they’ve kept those defensive performances strong, even with a number of injuries to the defense and back line.

On the attacking end, though, things have stagnated badly: They’ve managed just one goal in their last three games. Hopefully, that’s just a mirage brought on by bad finishing, as they’ve taken the second-most shots per game in the league over that stretch (17.33), but when you play Swansea and West Ham at home and QPR on the road and only walk away with four points, it’s just not enough to keep you safely above the other Champions League contenders.

Down the stretch, the big question for Southampton is “Where will the goals come from?” Both Graziano Pellè, who’s scored two Premier League goals since October, and Dusan Tadic, a nonfactor since scoring against Manchester United five games ago, have fallen off after their hot starts, and while there’s clearly talent behind them with Sadio Mane and 2015 newcomers Eljero Elia and Filip Djuricic, they’re all relatively untested in the Premier League. On the bright side, Southampton won’t have to deal with the twice-a-week rigors of European soccer that Arsenal, Spurs, and Liverpool do.

Key Matches: The Saints certainly don’t have an easy road ahead, but at least they get to host most of their biggest matches. Liverpool come to town this weekend in what will be close to an elimination game for the visitors. After that, there’s Chelsea on March 15 and Tottenham on April 25, before an away trip to Manchester City on May 25, the last day of the season. They also have tricky road matchups against Everton and Stoke. Yikes.

Should I Root for Southampton? People who love movies like Rudy and Hoosiers or who thought that Xavi could defeat cats in the Second Banana bracket are made for Southampton. Basically, anybody who loves a good underdog story.

There’s nothing confusing about how Manchester United play. They keep the ball to keep their opponent from scoring, and then after an hour, if need be, they start to open the game up.

What’s a mystery is how that philosophy has earned this side so many points. They’ve taken only the 10th-most shots in the league, managed only the sixth-most shots on target, and yet have the fourth-most goals. They’ve conceded the fifth-fewest shots and only the ninth-fewest shots on target, and yet they’ve let in the third-fewest goals. They’ve conceded almost nine fewer goals than projected by expected goals, the second-highest discrepancy in the league, and scored 7.55 higher than expected, which is also second. Chalk it up to Louis van Gaal’s magic, David de Gea in goal, or Robin van Persie and Wayne Rooney in attack, but whatever the explanation, this is not the kind of thing that teams, historically, can sustain. With so little cushion between United and the below-fourth abyss, doing what they’ve done won’t be enough to hold off the likes of Southampton and Arsenal.

Key Matches: In addition to the huge fixture against Arsenal, they still host Manchester City and travel to Chelsea in April. Their next marquee matchup, though, won’t come until they host Spurs on March 15.

Should I Root for Manchester United? The richest team in the league, a roster filled with overpaid veterans on bloated contracts, and a bunch of star power awkwardly shoehorned together, United are one handwritten apology on unlined paper away from being the New York Yankees. 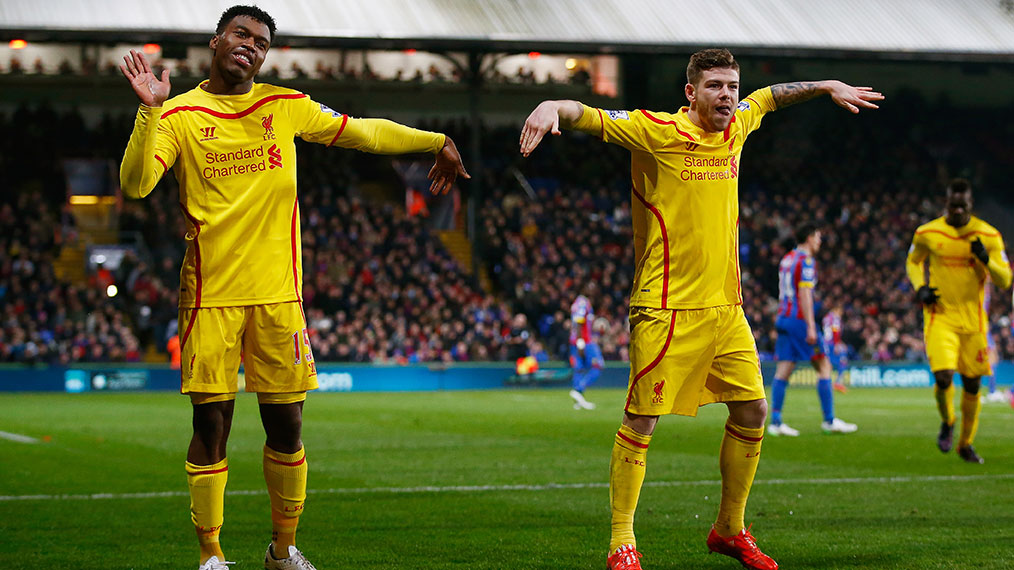 After a horrific start to the season, Liverpool have lost a grand total of one league game since Thanksgiving — and that one game came in an improbable 3-0 defeat against a Manchester United side they outplayed. It’s a heck of a 13-game run, and one that saved their season and put them at least in contention for a Champions League push. It also mostly happened against the lesser lights of the Premier League. Aside from the United loss, there was a 2-2 draw at Anfield against Arsenal and a 3-2 win at home against Tottenham.

This is good news, bad news for Brendan Rodgers & Co. The bad news: Their remaining 13 matches include five of the six teams ahead of them, with only the fixtures against the two Manchester squads taking place at Anfield. But the good news: Leapfrogging three teams in 13 games is no easy task, but it helps if you can beat the guys you’re chasing. And Liverpool have that opportunity. Ultimately, there’s only an outside chance the Reds sneak into the Champions League places, but their mere presence in the conversation is a testament to how dramatically they’ve turned their season around.

Key Matches: The first of what are, in effect, a series of elimination games is this Sunday when Liverpool travel to Southampton. A draw there will technically keep them hanging around, just how a punt technically keeps a team alive down two touchdowns in the fourth quarter. Realistically, Liverpool need to win and start taking chunks out of the gap between themselves and the promised land.

Should I Root for Liverpool? Do you like sporting chaos? Do you root for college football teams to lose just so everybody can argue about who gets into the playoff? Are your favorite brackets the ones that get blown open after the first weekend? Do you pore over three-team NFL tiebreakers “just in case”? Well, then you want Liverpool to start blowing stuff up. Any insane, down-to-the-wire, multiple-teams-for-multiple-spots race will involve Liverpool, at the very least, taking a bunch of points from the contenders above them.

The dynamic between Tottenham and Liverpool mimics that of United and Southampton. Sure, Spurs are one point ahead, but everything about the team right behind them points to the chaser being the better squad.

Remember how United were the second-biggest overperformers in actual goals as compared to expected goals on both the scoring and conceding end? Well, Tottenham are third. Their midfield is still Swiss cheese, they’re still one of the worst defensive teams in the Premier League, and they still rely incredibly heavily on great saves by Hugo Lloris and buckets of ridiculous goals from Christian Eriksen and Harry Kane. But they’re also really young across the board and still visibly changing week to week under the tutelage of Mauricio Pochettino. Down the stretch, it’s not impossible that the light clicks for Erik Lamela or that Nabil Bentaleb graduates from talented young player to midfield monster — and Spurs correspondingly take off. It’s not likely, but, hey, it’s possible. Or maybe Eriksen just scores in the 90th minute another five times.

Key Matches: Spurs have played Chelsea, Arsenal, and Liverpool twice already, which means only Manchester City, Southampton, and Manchester United remain among the big boys. They go to United on March 15 but don’t face Southampton and City until back-to-back weekends on April 25 and May 2. If Spurs are going to mount a charge, it probably needs to happen soon, with seven of their next eight games against weaker competition.

Should I Root for Tottenham? Do you simulate through the first five seasons of your FIFA career until those prospects you scouted started blooming? Do you comb through your baseball team’s minor league scouting reports? Are you convinced that the second-round draft pick at the end of your team’s bench is a superstar in waiting if only the coach would give him minutes? Well then Tottenham, with Kane, Bentaleb, and Ryan Mason, are all yours.