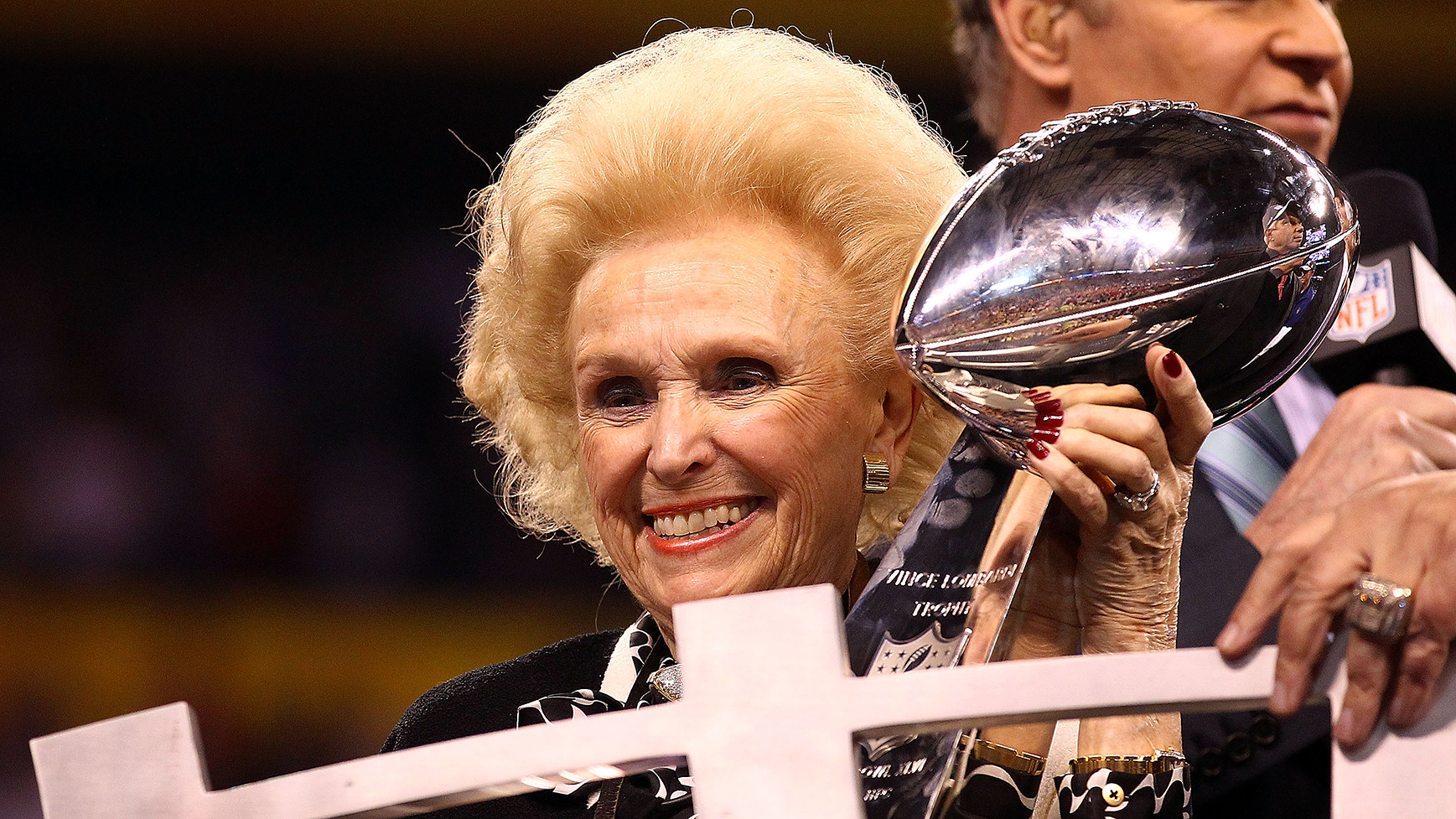 Ann Mumm and Wellington Mara first met at a 7:30 a.m. daily Catholic mass when both of them rushed to help a woman who had fainted. Three of their early dates took place at Yankee Stadium, Madison Square Garden, and the Fordham gymnasium. After Ann and Wellington were married, in 1954, a photo of them boarding a flight to their two-week honeymoon in Southern California ran in the New York World-Telegram. (It is now filed away in the Library of Congress.) “Mr. Mara, son of Tim Mara, owner of the New York Giants, is secretary of the club,” the caption read.

If the Mara family is to the New York Giants what the Kennedys once were to backyard football, then the Ethel of the clan would be Ann. She raised four boys and seven girls; she knew Vince Lombardi best as “Vinny.” She sported big fur coats and very rarely missed a home game. She relished the predictably wild rhythms of the football life. Mara died this weekend at age 85, following a slip on ice outside her Rye, New York, home a couple of weeks ago. True to her life, she was surrounded by many members of a family so sprawling that her late husband used to refer to the youngest ones as his “taxi squad.”

For quite some time now, the New York Giants have basically been owned, 50/50, by two ball-busting eighty-something ladies whose husbands died within weeks of one another in 2005. Since 1991, when Wellington Mara’s nephew sold his share of the family franchise to Bob Tisch, the Mara and Tisch families have had one of the most successful and low-drama partnerships in professional sports. Succession plans have been in the works for decades. Even the ascendant generation, which is headed by Giants president John Mara (the oldest of Ann’s 11) and Steve Tisch (producer of, among other things, Risky Business and American History X), work in easy lockstep. It probably helped that their mothers have maintained a watchful eye.

“Great, great woman,” is how Steve Tisch described his mother, Joan, to the New York Post. (He called his mother and Ann Mara “sort of the legal custodians” of the Giants.) “Fantastic sense of humor, very opinionated, very outspoken. Grew up on the Upper West Side, a tough New York dame. In her mid 80s, tells it like it is.” (She was also mother of the groom in “what was being called the wedding of the 80’s.”)

As a young newlywed, Ann Mara was taught by her father-in-law — whose $500 investment in 1925 was the start of the New York Football Giants — how to scan the stands of the Polo Grounds and estimate attendance. “A bride has to look out for the future, right?” she later told Sam Borden. In 1963, she acknowledged to the New York Times that she was being constantly hit up for tickets to a big Giants-Browns game by all her neighbors in White Plains.

After Wellington Mara died, Ann complained that what she missed most was just being able to sit around on a Monday chatting football with him — rejoicing or complaining about what had gone down the day before. In his press conference, following this past 6-10 season, John Mara was asked what “the boss” had to say about the year. “She is not very happy with me right now, believe me,” he said. “She suffers through this probably even more so than I do. I am on notice as well.”

She turned in a performance of much acclaim after the New York Giants beat San Francisco in the 2011 NFC Championship Game. The YouTube of the moment is well trodden.

As Terry Bradshaw finished a locker room interview with Eli Manning and prepared to chat with Victor Cruz, this tiny lady entered the frame. Eli shook her hand, but she wasn’t there to exchange pleasantries with the winning quarterback. She pointed at Bradshaw and grabbed Victor Cruz’s forearm. He was holding a trophy the size of her head. A mic caught her admonishment. “You never pick the Giants!” she said. “I’m gettin’ hammered for not pickin’ the Giants!” Bradshaw exclaimed. John Mara feebly waved his arm to stop the madness, but everyone ignored him, and he didn’t seem to mind.

Months later, accepting an award at Fordham on behalf of the Mara family, Ann chirped that “the only sad thing is that Terry Bradshaw isn’t here to present it to me.”

“You see her and you think ‘Sweet Mrs. Mara,’” said Eli Manning, “but she is obviously very passionate about Giants football and passionate about this team and involved and knows the players. I like her attitude. I like the way she spoke her mind about something she cares deeply about.”

“Mrs. Mara’s attitude is reflective of the way that we would hope our team plays,” Tom Coughlin remarked.