An Update on What All 32 Starting Quarterbacks Are Doing (SPOILER: Nick Foles Is Kickboxing) 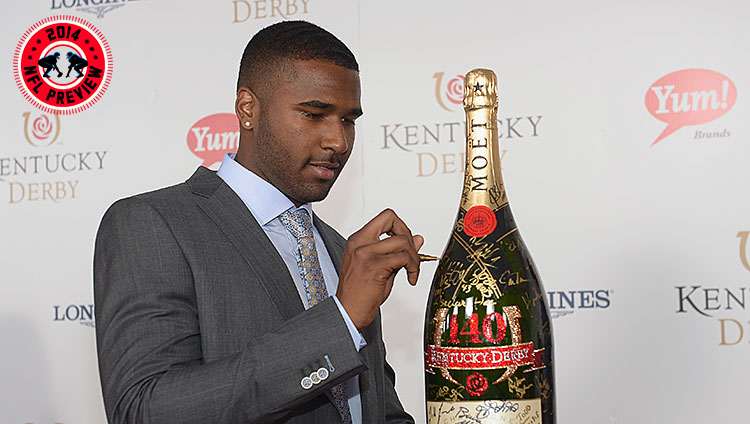 Through the combined powers of the World Cup and the LeBronnening, and apart from a few brief salvos about the Washington Racist Team Names™, professional American football faded into the background for about a month. We all needed the break! But sooner than you can say “Hey, look, there’s Johnny Manziel drinking on an inflatable swan,” the NFL will be back, and that means it’s time to check in on the 32 starting quarterbacks who will be earning our ire two months from now. I will do this by Googling said quarterback’s name and choosing from one of the three results Google provides me. This is science.

Do you know who the starting quarterback of the Buffalo Bills is this year? Do you really know in your heart of hearts? I think it’s EJ Manuel, and I’m right, because sometimes you contain great power and knowledge within yourself. Good news, Bills fans: Manuel is “stronger” and “100 percent healthy,” according to reliable source EJ Manuel. Meanwhile, Tom Brady is very old, Geno Smith eats at The Cheesecake Factory, and Ryan Tannehill is a professional football quarterback, still, in case you were wondering. 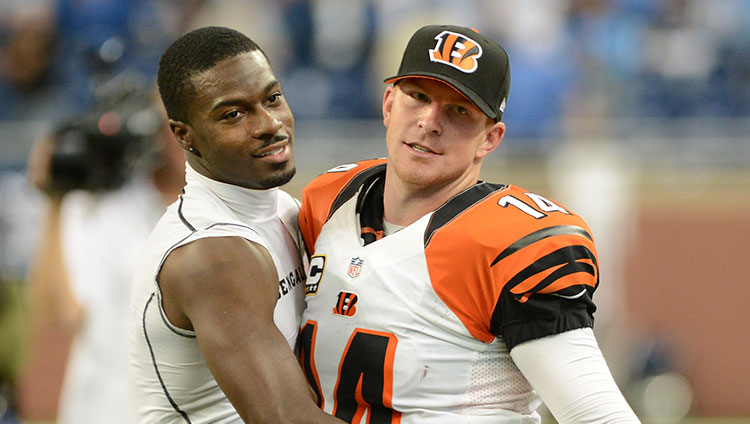 A.J. Green thinks Andy Dalton deserves a new deal (and will get one) before this season even begins. We can only attribute this to Stockholm syndrome, I think. Ben Roethlisberger will earn $12.1 million in 2014, which should average about $2 million per game he both starts and finishes. Manziel’s going to endorse Snickers, even though I’m skeptical he consumes anything that doesn’t come in a corked bottle. And the Ravens media voted Joe Flacco the team’s no. 1 player, which means that maybe the Ravens just shouldn’t bother even playing any games this year. 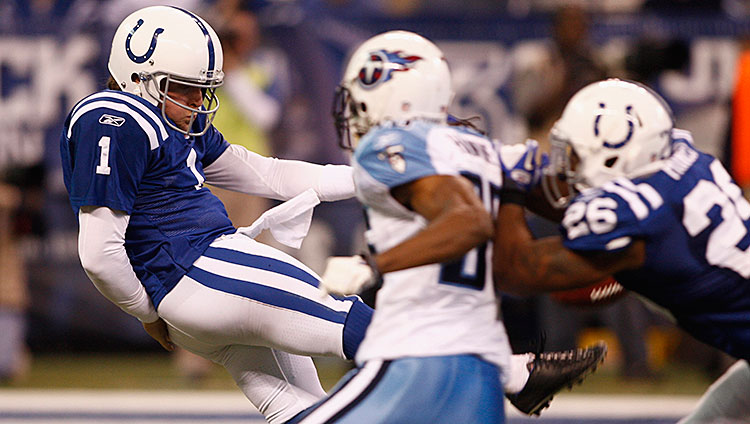 America’s Punter Pat McAfee warned Jadeveon Clowney that if he wanted to mess with Andrew Luck, he’d have to go through America’s Punter Pat McAfee. Obviously, he was joking, but I still think this means that at some point this season, Clowney will swing McAfee’s body at a piñata. There are no news articles about Ryan Fitzpatrick, which, holy shit, Ryan Fitzpatrick is the Texans’ starting quarterback. Jake Locker is hosting a youth football camp, and two of the six supplementary Blake Bortles photos Google provides are of a girl in a bikini. (I’m guessing it’s his girlfriend, but if you think I’m going to click and find out, then you are gravely overestimating the amount I care about Bortles.)

Alex Smith thinks he deserves to be paid like one of the top quarterbacks in the league, which is strange for obvious reasons. I wonder if Smith and Graham Zusi are friends. Maybe Zusi can refer Smith to a barber who isn’t on ketamine. Over in Denver, Peyton Manning did not win the Super Bowl. There are no recent articles about Philip Rivers, which I find strangely reassuring, but I did find a Breitbart article about him with this lede: “Here’s one commencement speaker who was in no danger of being driven from the podium by student and faculty protests.” What does this mean? We’ll never know. Also, Matt Schaub is on the Raiders now. He looks absolutely despondent. You will never be sadder than Raiders quarterback Matt Schaub.

Nick Foles has been spending the offseason doing cardio kickboxing at a Philly gym (“Just crazy stuff. It’s funny, it’s a lot of women in the class, but it’s honestly very very hard.”) and says his mom “can still kick [his] butt in anything,” which probably means that the Eagles should sign Foles’s mom. I didn’t know that Tony Romo had back surgery twice in 2013, once in April and once in December. Now I’m even more confident the Cowboys have been placed under some weird curse that Jerry Jones earned by drilling under an ancient burial ground. Gatorade gave RG3 the nickname “Triiiple Impact,” so everyone at Gatorade has to go to jail now. And I am not reading past this headline involving Eli Manning and summer school, because I’m just going to assume that Manning is actually attending a summer school program with a bunch of teens somewhere in New Jersey.

Apparently, Matt Stafford and Clayton Kershaw used to pal around together in their youth, and they both looked like the dickish kid named Biff in every sports movie. There’s a bodybuilder named Jay Cutler, and he is HUGE. Aaron Rodgers shot a 78 in a celebrity golf tournament in Lake Tahoe and A.J. Hawk shot a 90, so your dad is probably a better golfer than Hawk but probably not a better golfer than Rodgers. Teddy Bridgewater, Matt Cassel, and Christian Ponder are still competing for the starting job in Minnesota, so instead, here’s a nearly four-hour-long BBC documentary about Vikings. 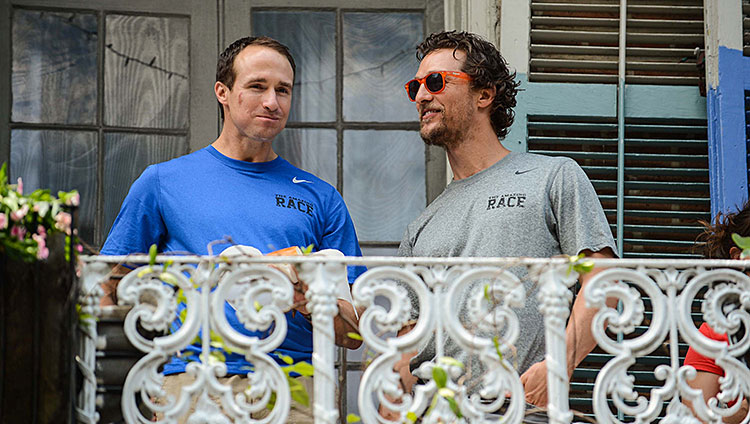 Did you know Drew Brees is going to be on True Detective Season 2? Also, did you know he was 35? We’re going to lose Brees, Brady, and Peyton Manning soon, and it’s going to be weird. I honestly don’t know who’s starting for the Bucs this year, so instead, enjoy the fact that the team’s #longread about the months-old Lovie Smith era is longer than Hemingway’s The Old Man and the Sea and Orwell’s Animal Farm. Cam Newton’s a cool dude, and this is not Matt Ryan, Google, though it would be hilarious if he looked like this.

I can’t find any articles comparing Carson Palmer to Kurt Warner, but don’t worry, I’ll keep looking. Sam Bradford is still Sam Bradford, which will come as a disappointment to Rams fans. “Russell Wilson divorce” is now the first Google search autofill for Wilson. And I’m just going to leave this here.

Kobe Bryant on Seattle: “I'd much rather come here in the postseason than Oklahoma”