An Idiot’s Guide to the Tiger Woods–Brandel Chamblee ‘Feud’ 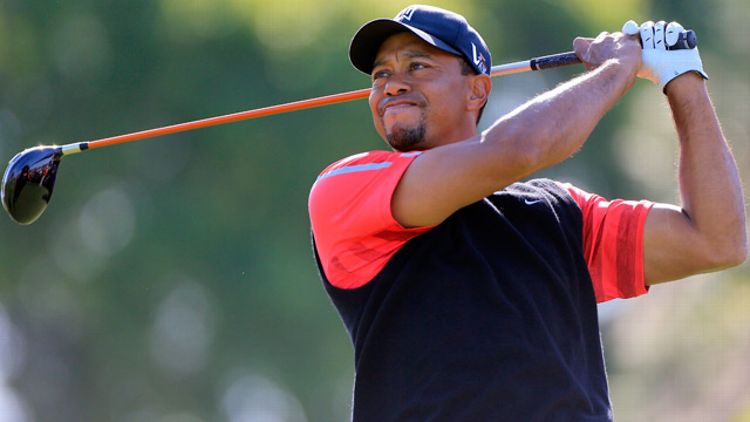 Hey there, casual golf fans! Have you seen strange references to Tiger Woods and someone called Brandel Chamblee as you’ve browsed ESPN over the last two weeks? Are you kind of curious as to what it’s all about, but would rather not chase a series of links down the Internet rabbit hole until you reach the origin? Would you like a self-proclaimed Grantland golf expert, armed with snark, a know-it-all demeanor, and the courage to call you an idiot in the very title, to give you the full breakdown?

Well you are in luck, my friend. Because I am me, and you are you, and this story has somewhat amazingly dragged its boring carcass across the sports world for two weeks without dying. So let’s feed this monster one last time, and then, if possible, kill it.

Well, it started when Brandel Chamblee wrote this thing on the Internet and— DAMN IT, WHY ARE YOU INTERRUPTING ME? Oh, right …

Who Is Brandel Chamblee?

Brandel Chamblee is a former American professional golfer who couldn’t look more like a rich British person if he tried. (Which he might be … I don’t know.) Here’s a picture of him crouching ruggedly on some rocks as the sun sets behind him. He was born in St. Louis, which makes him one of the world’s smartest baseball fans, but he chose to pursue a career in golf. He won the Greater Vancouver Open in 1998, which was his only PGA Tour victory. He led the Masters after the first round a year later, and to this day the dude will not shut up about it.

I’m just kidding. I don’t know that to be true. However, he has been an analyst for the Golf Channel for a good decade, and he also writes columns for Golf.com, which is a Sports Illustrated joint. It’s in this capacity that we may finally investigate …

In an October 15 column, Chamblee gave year-end grades to a bunch of prominent golfers. Tiger Woods, the most prominent of the bunch, received an F. Chamblee wrote:

When I was in the fourth grade, I cheated on a math test and when I got the paper back it had “100” written at the top and just below the grade, was this quote, “Oh, what a tangled web we weave when first we practice to deceive!” It was an oft-quoted line from the epic poem “Marmion” by Sir Walter Scott, and my teacher’s message was clear. Written once more beneath that quote was my grade of “100,” but this time with a line drawn through it and beneath that an F. I never did ask my teacher how she knew I cheated and I certainly didn’t protest the grade. I knew I had done the wrong thing and my teacher the right, but I never forgot the way I felt when I read that quote.

I remember when we only talked about Tiger’s golf. I miss those days. He won five times and contended in majors and won the Vardon Trophy and … how shall we say this … was a little cavalier with the rules.*

At the bottom of the article in a footnote, Chamblee lists the four times Tiger supposedly “cheated.” I won’t go into the arcane rules he broke, but I can tell you that three of the incidents were just stupid mistakes that ended up costing Tiger rather than helping him, and the last one was a drop near a water hazard that some people think was slightly closer to the hole than it should have been, but which nobody can prove, and which his playing partner at the time approved.

There was no cheating. Period. To call it cheating is kind of a dick move. And because the headline blared his opinion about Tiger, we can guess it was an attempt to get some clicks. We’ve all been there. But all we really learned about this is that Chamblee cheated on a math test in fourth grade, and the Scottish poetry his teacher wrote on the paper probably inspired him to spend the rest of his life looking like a rich British person. Even that name, Brandel Chamblee, could be a fake. He might have been born “Ted Sanders.”

That was my understanding.

But Excel Sports Management’s Mark Steinberg, who represents Tiger, was shocked and appalled. In an interview with ESPN, the gods themselves could not hold back Steinberg’s fury:

There’s nothing you can call a golfer worse than a cheater. This is the most deplorable thing I have seen. I’m not one for hyperbole, but this is absolutely disgusting. Calling him a cheater? I’ll be shocked, stunned if something is not done about this. Something has to be done.

If possible, I’d like to take a moment to isolate two of those statements:

1. “This is the most deplorable thing I have seen.”

First, I’d like to point out once again that he’s talking about an Internet column. About golf. And second, I’d like to congratulate Steinberg on having avoided any and all news of genocide, terrorism, and other forms of violent and senseless death in his time on earth.

Chamblee’s points were dumb and off base, but this reaction was pretty crazy. And it got crazier when Steinberg implied that he might take legal action. Did he not get the memo that his client is one of the world’s greatest adulterers? If people are talking about Woods possibly cheating, that’s a huge win, Mark! That’s a PR coup!

It’s impossible to know whether Steinberg was acting alone, or if Tiger pushed him to lean on the Golf Channel, but either way it’s a strange way to operate. Why not just go point by point and refute Chamblee, thereby making him look like a fool? This hysterical backlash did Steinberg and Woods no favors, and it was about to get worse.

Chamblee wasn’t asked to apologize, but he took the high road and realized he had made a mistake in his column. On October 22, the following week, he tweeted his mea culpa. Well, four-tweeted:

What brought me here was the realization that my comments inflamed an audience on two sides of an issue. Golf is a gentleman’s game and I’m not proud of this debate. I want to apologize to Tiger for this incited discourse. And no — I was not asked to apologize. My intention was to note Tiger’s rules infractions this year, but comparing that to cheating in grade school went too far.

Good. End of story. He realized his mistake, he apologized for making the weird leap to the word “cheating,” and that should have been that.

That was not that.

Moving Forward Except Not

Speaking publicly for the first time about the incident before an exhibition match with Rory McIlroy, Tiger engaged in some classic Tiger doublespeak:

All I am going to say is that I know I am going forward. But then, I don’t know what the Golf Channel is going to do or not. But then that’s up to them. The whole issue has been very disappointing, as he didn’t really apologize and he sort of reignited the whole situation. So the ball really is in the court of the Golf Channel and what they are prepared to do.

Here, let me paraphrase that for you: “I’m moving forward, except I’m not because I want the Golf Channel to fire Chamblee.”

Steinberg hammered home the same point, saying, “All we want to do is move forward. And whether the Golf Channel moves forward as well, then we’ll have to wait and see.”

But the Golf Channel had moved forward. They didn’t fire Chamblee. That was it. Steinberg surely thinks that move was the most heinous tragedy of the last millennium, but he can’t really say they didn’t move forward. I guess “move forward” just means “succumb to our pressure.”

Tiger is an expert at making people sweat. We saw it during the Sergio Garcia fried-chicken incident, when it was totally warranted. And we’re seeing it now, when it’s petty and vindictive. Chamblee didn’t “reignite” the situation all. He admitted he was wrong!

And this is why Tiger is such a pain in the ass. He’s unbelievably dynamic on the course, to the point that we root for him against our own better judgment, but his arrogance is boundless. In this case, he really believes Chamblee should be fired by the Golf Channel for a single dumb comment, and he has no problem using his own status to pressure them into it. And sure, it would suck to be called a cheater, especially when it wasn’t true. But the way he behaves gives you a pretty gross feeling, doesn’t it? Why is the greatest golfer on the planet so thin-skinned? Why doesn’t he react with Jordan-esque ferocity instead of backbiting? I’d rather see him get angry. I’d rather see him blow up and wrestle Chamblee in a sand trap. Or break down and cry on TV. Anything human, please. Anything but these passive-aggressive power plays masquerading as “high ground.”

Last Wednesday, Chamblee appeared on Golf Channel’s Golf Central and made the same exact point he made before. You know the drill; Tiger was cavalier with the rules, I shouldn’t have said “cheating,” I didn’t know his intent. Voilà, done.

And the thing is, he’s right! One of the dumbest pro-Tiger arguments is that golf rules are too complicated for him to understand. Yes, there’s a lot to consider, but can we please keep in mind that this is what Tiger does as a career? He’s a professional golfer! He doesn’t have to know anything else, at all, except golf. He can be as ignorant about everything as Steinberg is about the horrors of the world. He only has to know the rules, and sorry, but that’s not too much to ask. But he certainly hasn’t been scrupulous about checking with marshals or asking for advice before going ahead and making bad decisions. It’s not cheating, but Chamblee’s other word, “cavalier,” seems pretty damn accurate to me.

The next day, Steinberg put an end to the dumbest story of the year by reverting to the “moving forward” talking point, but omitting the caveat this time. We won’t be hearing any more about this from the Woods-Steinberg camp, and the Golf Channel won’t fire Chamblee.

And the thing is, Woods should be thanking his stars that it’s over. Can you imagine the negative publicity if Chamblee really had been fired? Woods would come across like some kind of peevish tyrant who can snap his fingers and make anyone who disagrees with him disappear. This Gregg Doyel column from last week reflects what everyone would be saying if Chamblee got the ax. Instead, the whole saga is over without any real consequence, and now we can start forgetting it.

And, come on, this a golf story in October. It won’t take long before it’s ancient history. But it is one more reminder, in a career full of them, that Tiger is basically a jerk.