All Right … Enough … Everybody Out of the Pool! 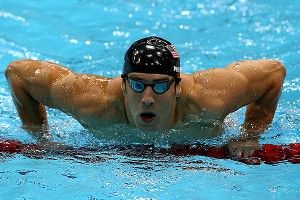 The other day I had an appointment with a new doctor. I fasted the night before, thinking he would draw some blood because my cholesterol levels were going to be checked. Note to other fat people planning on fasting before seeing a doctor: Do NOT schedule the appointment for 4 p.m. Way too late in the day. But I did, and since it was a new doctor and I figured I’d have to fill out a ton of paperwork, I got to the office at 3:45.

Four p.m. passed … 4:30 … 5 p.m. My starved blood was starting to boil over, as was my iPhone, which couldn’t take another round on the free Texas hold’em app.

At this point even Siri was calling me an asshole for sticking around, so I finally got up, headed over to the receptionist, and handed her my parking stub.

Me: Here. You guys are validating this and don’t dare think of charging me for this visit.

Receptionist: Is everything all right, sir?

Suddenly, from behind a closed door, the doctor nonchalantly emerged. I heard him say these words to his last patient as he exited the room:

Doctor: Yes … exactly … that’s why Michael Phelps is the best.

The doctor and I locked eyes. Without knowing anything he quickly figured out what had happened.

Me: [Now in full dick mode.] Are you all caught up with your swimming results, Doc?

Me: Only two hours. But don’t mind me — go talk to your patients about Michael Phelps. That’s why you charge the big bucks, right, for your Olympic knowledge?!

Having had some satisfaction in getting the last word, I took my validated ticket and stormed out, speeding off to the closest pizzeria.

It’s always important to learn something from these situations. So whom do I hold accountable for this mess? Do I blame the douche bag doctor for keeping me waiting? Do I blame myself for not doing homework on this doctor or needlessly fasting? Nope — there’s only one person to condemn: Michael Phelps.

I’d been bothered about the Phelps hysteria before the doctor-visit debacle brought it to a head. It bugs me that everyone all of a sudden cares so much about swimming. Of course not one of these instant experts would dream of watching a swimming event more than every four years.

Swimming is the cranberry sauce of Thanksgiving. Enthralling when it’s presented, but for the rest of the year (or in Phelps’s case, every four years) out of sight means completely out of mind. That is, unless cranberry sauce is caught by TMZ smoking trees at a co-ed leftovers party.

Seriously though, how much credit do we need to give Phleps anyway? I realize he’s the most decorated Olympian of all time — but how could he not be? There are 75,000 Olympic swimming events!

This is like if your great-great-great-grandfather fought in and lived through every war from the Civil War to the Iraq conflict and was deemed the most decorated soldier of all time. Except that Phelps is not being shot at.

To be fair to Phelps, there are 17 men’s Olympic swimming events, of which he’s only eligible to participate in, like, almost all of them.

Freestyles, medleys, breaststrokes, backstrokes, front strokes, butterflies. I’m shocked there isn’t a caterpillar event. Let’s just give out a medal for anything pool-related.

For you Breaking Bad fans, let’s give Skyler a gold medal for fake-trying to drown herself in the pool in last night’s episode. How about we hand a gold medal to any kid under 7 who refrains from peeing in a public pool?

I realize track and field is the same deal, but my inconsiderate former doctor wasn’t talking about Usain Bolt — he was talking about Phelps, so we’ll stick to swimming.

Look, I get that I’m being ridiculous, but imagine if we diluted the pool (pun intended) and treated boxing like we did swimming and track and field. Setting aside weight classes, each boxer would have an opportunity to strike gold in the one-round event, the three-round event, and the 12-round event. In each of these events there is a medal for competing in the left-jab-only event, the right-uppercut-only event and the low-blow event. Oh — and each of these events takes place in a ring, on grass and in quicksand. Imagine if this were the case. Muhammad Ali would never come off the Wheaties box.

Here’s how I would change it: Make the whole thing one race. Swim a couple of laps, however you want, as fast as you can. Whoever touches the wall first wins. One event, one winner, one gold medal. That’s that. Nice knowing you.

Now that that’s settled and my blood pressure is spiking — anyone know a good general practitioner in the South Bay area who will see me before the 2016 Olympics?