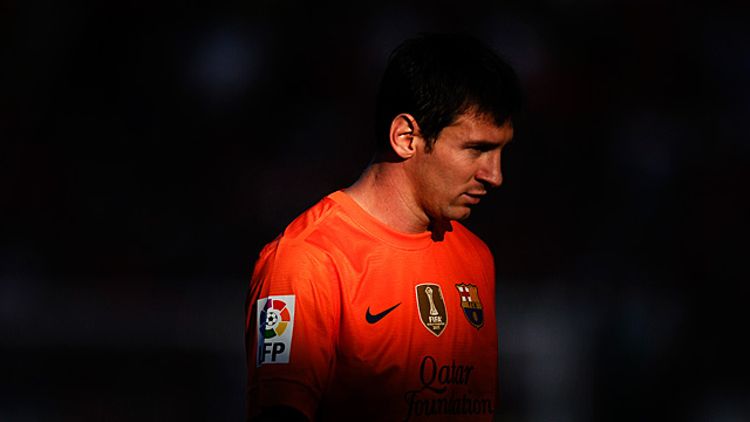 Last week, watching soccer in the United States changed forever. While ESPN and Fox Soccer Channel still have the biggest matches — American World Cup qualifiers in the U.S., the English Premier League, and the Champions League — a network that didn’t exist as recently as June owns the English-language television rights to virtually everything else. La Liga, home to Lionel Messi and Cristiano Ronaldo, France’s Ligue 1, which features Grantland favorite PSG, Serie A, home to a host of wonderful players and even more wonderful scandals, and all 2014 WCQ games not on U.S. or Mexican soil can only be seen on a network called beIN Sport.

This raises two questions. First, what the hell is beIN Sport? And second, how can you watch it?

First things first: beIN SPORT is a new sports network from Al Jazeera. The Qatar-funded outfit launched beIN with great fanfare in France earlier this summer and debuted the U.S. version in August. A new sports network is only as good as the rights it owns, and BeIN won many by spending cash and lots of it. In April, Reuters pegged the outlay for broadcasting rights at $400 million, and it’s certainly grown since. The New York Times reported beIN paid twice what GolTV spent last season for U.S. La Liga rights. The flow of dollars won’t stop soon, either. “They have so much money supporting them. They have more money than News Corp. They are being funded by a country that’s being filled with oil wells,” Sports Business Journal’s John Ourand says.

Great, so beIN has amazing games on the network. Where can you watch? Well … they are working on that. You can’t just launch a network and have it appear on television. You need to work out deals with carriers, which is difficult enough without having the added baggage that the organization funding beIN does. Fairly or not, being backed by Al Jazeera has certain negative connotations in the U.S. For example, Al Jazeera English has had almost no success getting carried by American cable operators. (This sad line appears in the “Demand Al Jazeera” section of the channel’s website: “Five years since Al Jazeera English launched, the channel is still only available in a handful of US cities: New York, NY; Washington DC; Burlington, VT; Toledo, OH; and Bristol, RI.”)

BeIN is making better progress. As of last week, it had deals with Comcast, Dish Network, and DirectTV, although only 8 million of Dish and DirectTV’s 34 million subscribers pay for the tier that includes beIN, and it is part of Comcast’s expensive Sports Entertainment Package. But frankly, to have achieved that much penetration — in such a brief amount of time — is nothing short of remarkable. (For example, compare that speed to the struggles of NFL Network.)

“For Comcast, which is completely dependent on U.S. regulators, to do a deal with Al Jazeera, it’s almost unheard-of,” Ourand says. “They been able to navigate these waters really, really effectively. If you had said a year ago that Al Jazeera was going to be on the no. 1 cable operator and the no. 1 satellite operator, it would have sounded ridiculous.”

The rapid rise of beIN has made some U.S. soccer fans upset, for understandable reasons. Many of them lost access to La Liga, Serie A, and other European leagues that they could watch last year on GolTV and other networks. Additionally, there’s a real chance that the vast majority of the country won’t be able to see the U.S. World Cup qualifier in Kingston, Jamaica, on September 7. beIN is not perfect, or close to it, right now. But don’t forget that American fans had to pay $30 to see June’s qualifier against Guatemala. beIN is committed to getting itself on more cable operators and seems to be succeeding. According to beIN’s Twitter feed and other rumors, deals with other operators should be coming in the future.

“I think there will be some unhappy fans in August, but I’m hoping there will be a heck of a lot of happy fans in September. From what I have heard, every person that has had the opportunity to see what beIN Sport is doing has been blown away,” Phil Schoen, a host who jumped from GolTV, says. (Multiple e-mails and phone messages to Al Jazeera and beIN Sport requesting comment on this story went unanswered.)

Schoen is, of course, paid to be positive. His timetable is off — I suspect there will still be plenty of unhappy fans when the game kicks off in Kingston — but beIN’s early efforts are promising. The channel oozes money. The product is beautiful, featuring high-quality production, strong camerawork, and excellent studio shows. Schoen’s partner, the legendary play-by-play man Ray Hudson joined the network, as did a bevy of beautiful and brainy hosts.

The question is whether beIN can succeed. “This is a really tough time to launch any new operation in the incredibly crowded universe of cable and satellite TV. None other than her majesty herself, Oprah Winfrey, proved that. She launches OWN and that has needless to say struggled in monumental ways,” Robert Thompson, the director for Syracuse University’s Bleier Center for Television and Popular Culture, says.

He’s right, but beIN and its parent Al Jazeera are committed. In the sports television game, rights are all that matters, and those almost always go to the highest bidder. Next up: The EPL. beIN/Al Jazeera appears to be attempting to win the
U.S. rights to broadcast England’s top flight. “They could potentially throw sports media in the U.S. completely out of whack. It almost sounds like I’m overstating it, but they have so much money and they are getting the distribution,” Ourand says. Honestly, it doesn’t really sound like he’s doing so at all.