A Tale of Three Game-Winning Shots 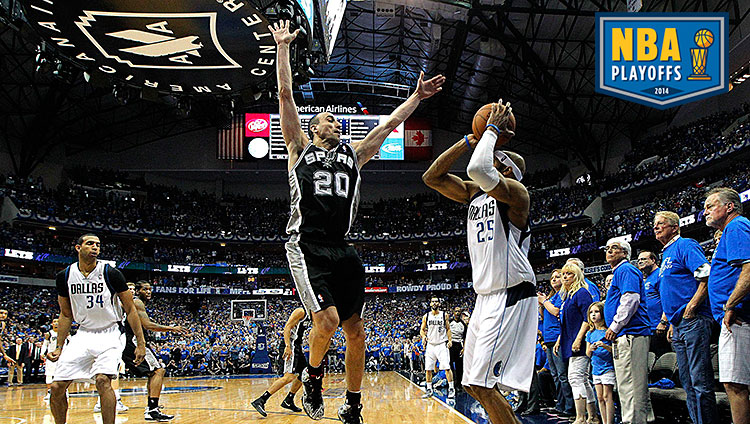 Let me be the millionth person to say it: These playoffs are incredible. I thought I would recap a few of the biggest shots of the weekend; each of these jumpers potentially altered the course of an entire playoff series. 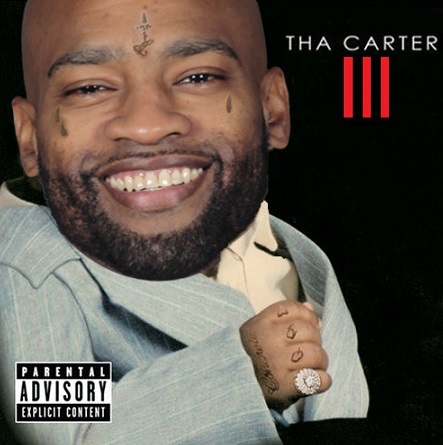 Two weeks ago, I wrote an article about corner 3s and how more than 95 percent of made corner 3s are assisted field goals. Well, technically, Jose Calderon assisted on what turned out to be arguably the biggest corner 3 of the year, but Vince Carter did all the legwork. After catching the ball at full speed and darting deep into the left corner, it was Carter’s cagey up fake that sent Manu Ginobili past him and afforded him a clean look at the rim. It was simply a case of one savvy veteran tricking another, but it was brilliant.

This 3 gave the Mavericks a huge win in their series against the Spurs, but during the regular season, Carter was not much of a left-corner threat at all. In fact, while he attempted 35 shots from there, he made only 34 percent of them, and none of them was probably as difficult as that one. But that’s irrelevant now; Carter’s shot Saturday afternoon will live on forever on Dallas JumboTrons. 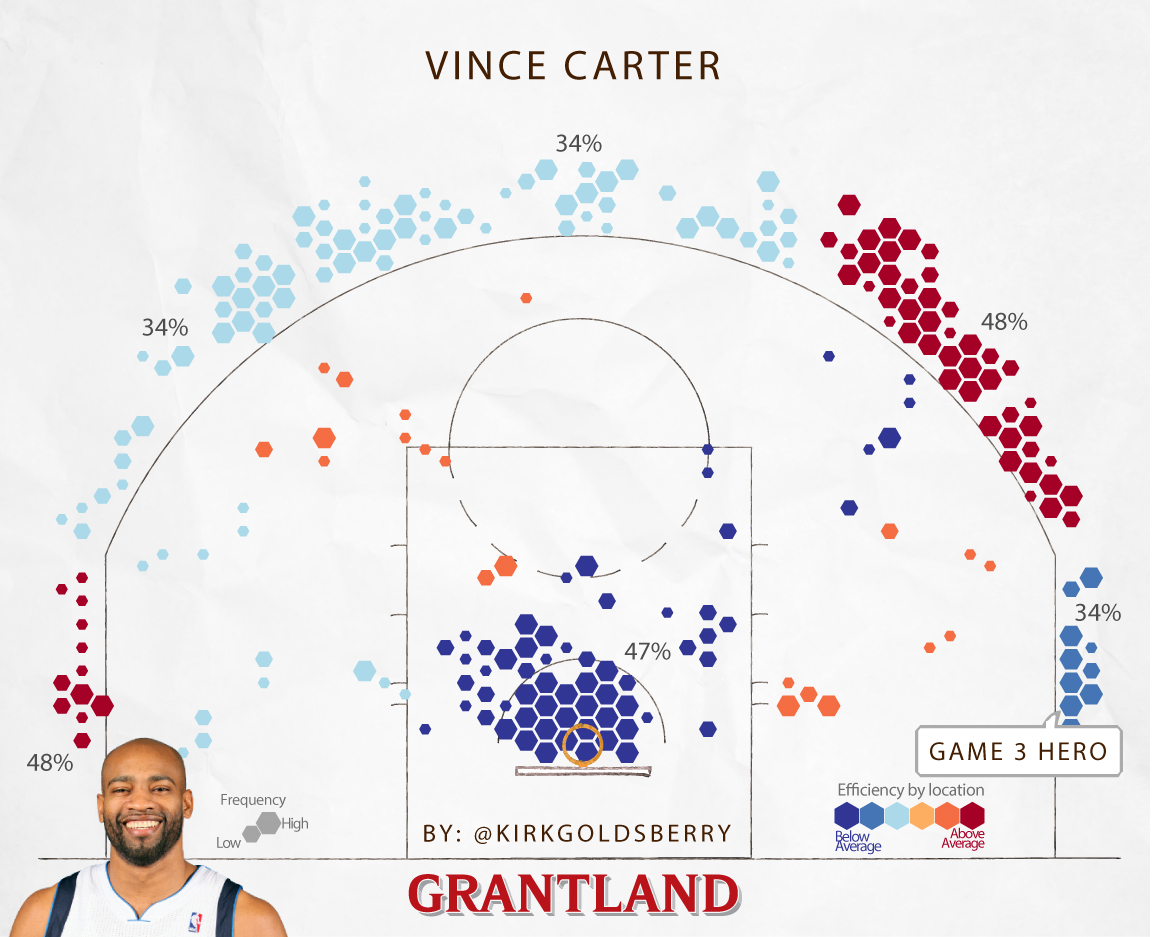 Although Houston is now down 3-1, looking back to Game 3 in Portland on Friday, the Rockets were a few bounces away from getting swept. But Jeremy Lin and Troy Daniels wouldn’t let them lose that game.

This sequence features a fantastic blend of hustle and clutch playmaking by Lin, punctuated by a rookie burying the biggest jumper of his life. But Troy Daniels isn’t an ordinary rookie. In the D-League, he was a 3-point monster and put up hundreds of shots from beyond the arc. And it just so happens that his favorite shot on the floor is the exact spot where he made that game winner Friday night. He shot 42 percent from there as a member of the Rio Grande Vipers earlier this season. 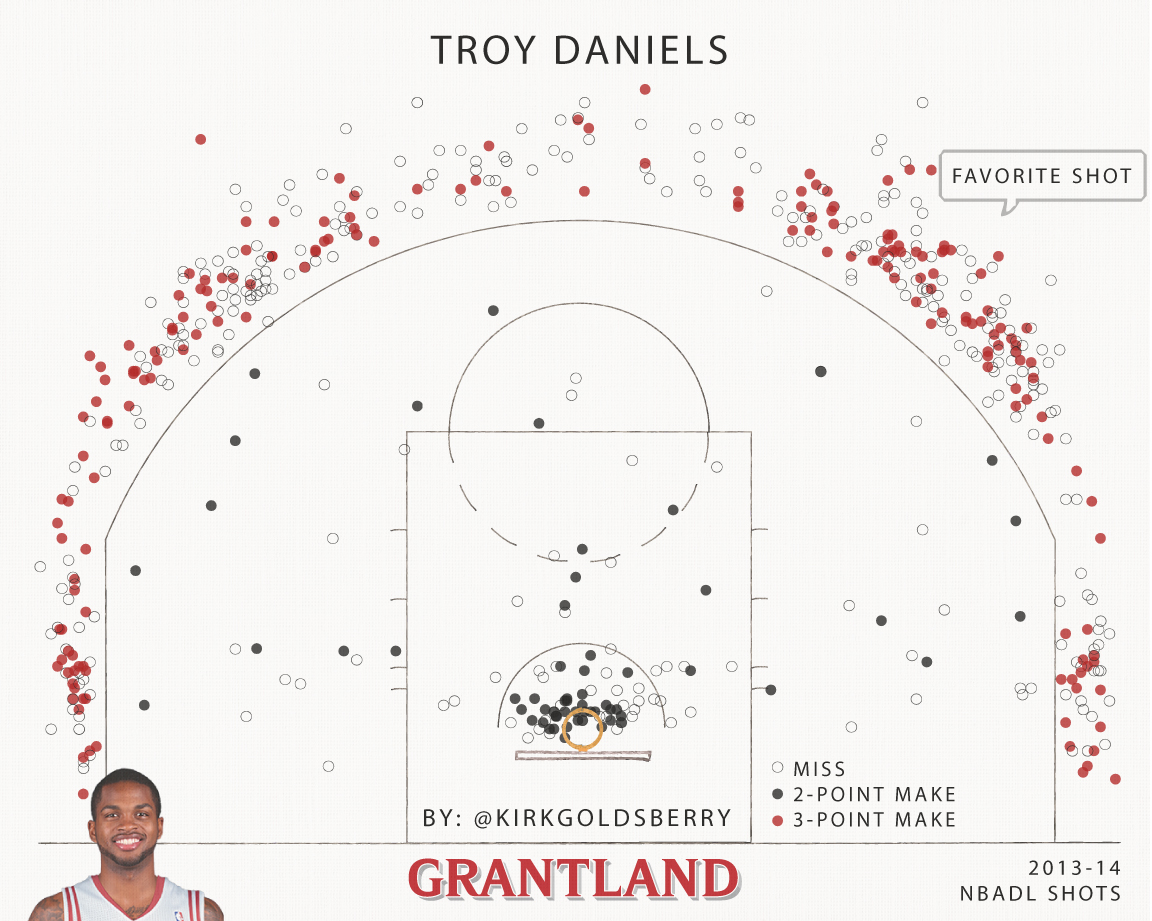 Call Daniels a rookie if you want, but he entered these playoffs as one of the best-qualified marksmen in professional basketball. The Vipers are famous for shooting more 3s than any team on the planet, and Daniels was their premier scorer.

Ironically, although Lin bested Mo Williams in Game 3’s key loose-ball moment, it would be Williams who returned the favor late last night, doing the dirty work that would help Portland win Game 4.

This series is insane.

Reggie Jackson also contributed to the late-game heroics by dotting the “game of his life” with a huge 3 that enabled Oklahoma City to tie its series against Memphis. With his team down five at the very end of regulation, Jackson drained a gigantic 3 from deep along the right wing that kept the Thunder alive.

Jackson has had a great year, but he’s still only an average 3-point shooter. That said, the step-back shot he hit in Game 4 was far from average and potentially saved his team’s season. 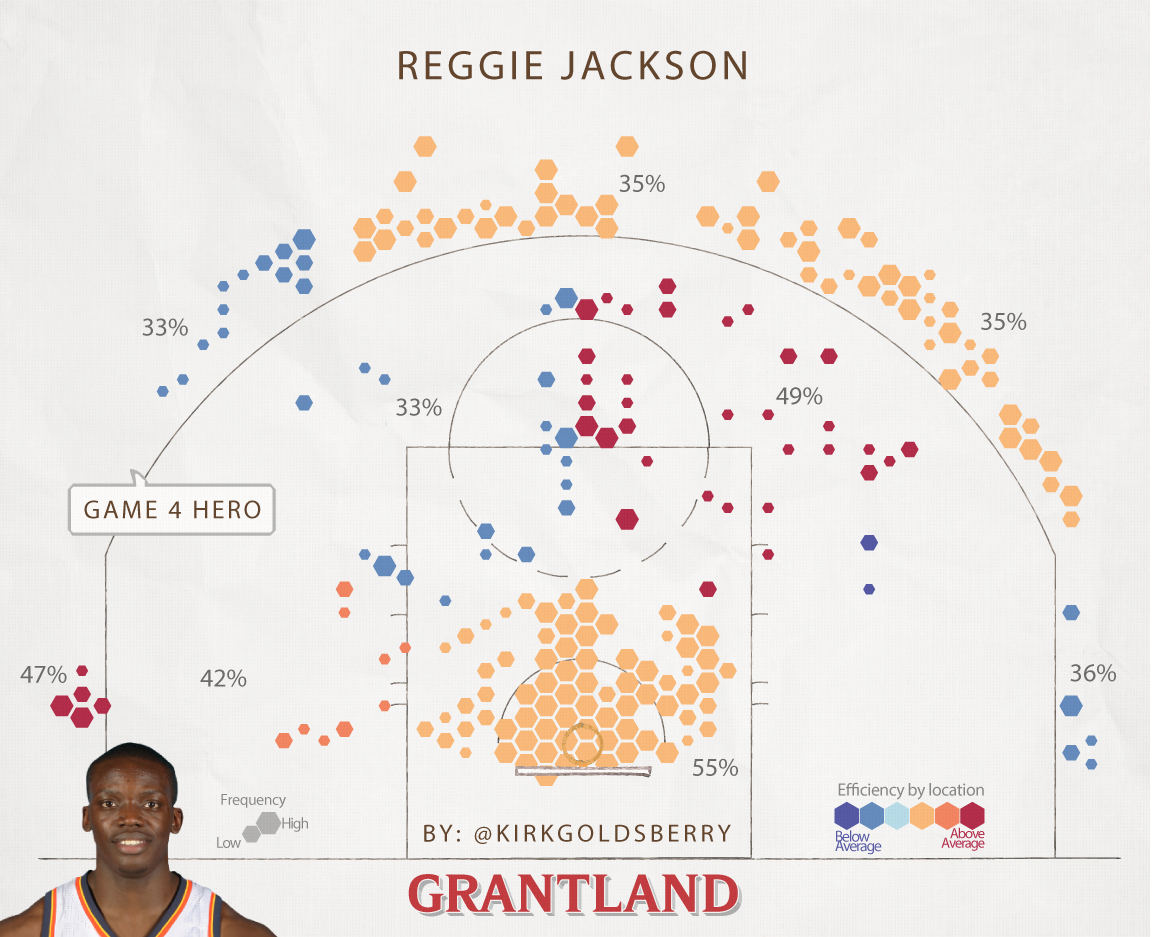 NBA Playoffs Shootaround: Up in the Air