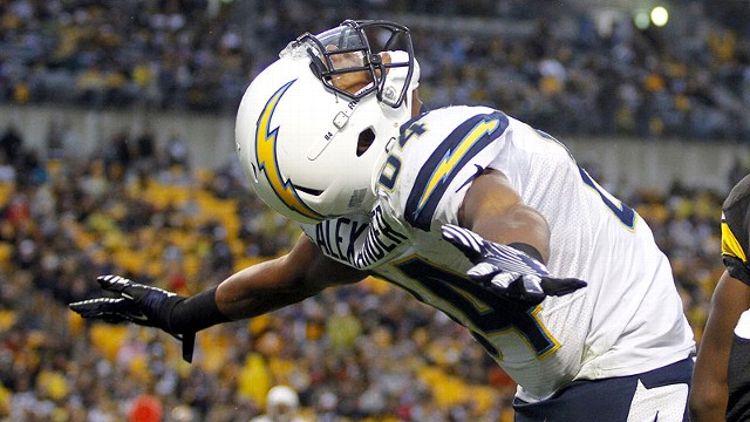 A little more than three years ago, on a cloudy March day in Missouri, I learned most of what I needed to know about Danario Alexander. I’d spent the past month accompanying Alexander to the University of Missouri training room, where he was rehabbing his fourth knee surgery in the past four years. This one had come during Senior Bowl practices, on a nothing play during a nothing drill, and it would be responsible for keeping him out of the NFL combine and from hearing his name called during the NFL draft.

It wasn’t the worst one, though. For that, you’ve got some choices — really, any of the three ACL tears Alexander suffered during his time in college. For most of his time at school, Alexander was a 6-foot-5, little-recruited, ultratalented wide receiver continuously betrayed by his body. Then, as a senior, he caught 114 passes for more than 1,700 yards. He was, likely, the best wide receiver in the country. When it came time for him to prove it, in the run-up to that year’s draft, there was his body, betraying him again.

We’d talked a lot about the first three injuries, how as he sat waiting for his third surgery he wondered if football was for him, and on that March day, as sweat dripped from his forehead as he worked out in the pool, I asked him whether he ever found this all unfair. He shook his head. “That’s just how it is,” he said. “I’ll fight however long. However long I have to fight, I’ll keep fighting.”

Yesterday, ESPN.com’s Bill Williamson wrote that coming into this season, there’s no more mystery about Danario Alexander. After two injury-plagued seasons in St. Louis, Alexander was cut by the wide receiver–needy Rams and landed in San Diego. In just 10 games, he racked up 658 yards and hauled in seven touchdowns. “It went from ‘Who is this guy?’ to ‘How did we even get a chance to get him?’ I couldn’t believe he came off the street,” Philip Rivers said. Alexander was a restricted free agent this offseason, and with no other teams signing him to an offer sheet, it was back to San Diego, where he should vie to be the Chargers’ top receiving option.

Anyone who’s ever rooted for Alexander, from the time he was a freshman at Missouri, watches every move he makes through the fingers covering their faces. His history makes it impossible to do it any other way. Still, his situation and success in San Diego are more than he could’ve imagined at some points along the way. Plenty of stories that trickle out during the NFL offseason make it difficult to root for the men we watch every Sunday, and that’s why the continuation of Alexander’s career is so welcome. I don’t know what it would take for most people to walk away, but it’s less than what he has endured. He told me that same day that it wasn’t up to him, that he had to keep going, that he didn’t have a choice. But really, we all do. And your choice should be to wish him well.