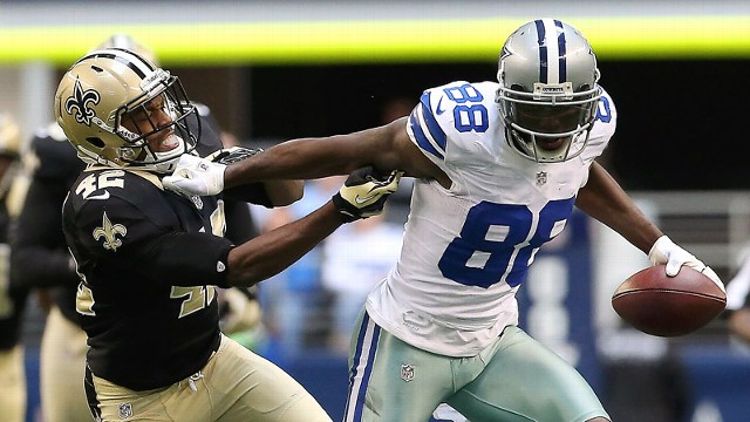 A welcome trait of the fantasy football calendar is that the most wonderful time of the year happens to overlap with that same stretch of the actual calendar. For the past two years, that’s meant my normal designation as an out-of-towner has evaporated during our league’s playoffs, and last season, it meant getting to watch with my title-game opponent in a criminally underrated sports bar/pizza place in our hometown outside Chicago.

I won’t bore you with the details of how we each managed our way to the brink of glory. (OK, one thing — this dude started 0-7; if Hollywood were to option the story of his season, it would be a better movie than Hoosiers.) That’s not what this story is about. This story is about Dez Bryant.

The TV featuring the Cowboys-Saints game was the farthest to our left, and through the haze of Bloody Marys and emotional destruction, I remember looking over and seeing Dez Bryant score a touchdown every 90 seconds. It was the biggest game of Bryant’s career — 224 yards and only two touchdowns on nine catches — and although it seemed at the time like it was a performance born solely from the intention to ruin my life, some time and perspective have shown it to be a fitting final note for Dez’s arrival.

For his first two seasons in the league, news of Bryant’s indiscretions was far more frequent than news of his on-field successes. The circumstances of Bryant’s upbringing have been well documented, and his falling to the 24th pick in the 2010 draft was a product of more than him missing his final season at Oklahoma State. Bryant was a top-five talent, and there were times, as recently as the early parts of last season, when it felt like that talent might go unrealized.

That is one concern that’s been assuaged. Bryant’s five 100-yard games last season are four more than he had in his first two seasons combined. He scored in seven of Dallas’s final eight games, averaged almost 110 yards per game, and had at least 50 receiving yards in each.

The maturation of wide receivers, as players, has traditionally been slow, and Bryant’s emergence in his third season follows what’s long been considered a rule of thumb. The added frustration in Bryant’s slow development largely seems to be a product of how obviously great he could be. Few players look better in the uniform, and Bryant is one of the more natural ball-catchers around. To watch him pick the ball is to watch how it should be done.

I’ll leave ruminations on whether Bryant has turned a personal corner to others, but there’s no denying that he’s turned a football corner. The Bryant of last year’s second half is the Bryant the Cowboys hoped for.

About Last Night: The Captain Returns (Sort Of)