41-Day Warning: Darrelle Revis Is Boring in the Good Way 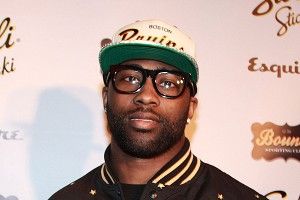 There are very few exciting Darrelle Revis highlights on the Internet. This is a good thing. Revis is a nightmare for the directors of NFL broadcasts — he’s a big star, a bold-faced name on a team with a high profile. Many consider him the very best cornerback in football — one of three or four true “shutdown” CBs in the game. Which is why nothing interesting happens in his vicinity. In five seasons, he has just 18 interceptions, only three returned for touchdowns. He has one sack. He rarely makes acrobatic, life-threatening plays. He does not talk trash exceptionally. He isn’t big, he isn’t mean, and he doesn’t scare anyone. He basically does one thing: Stop dudes from catching the ball.


Take the above clip, from the Jets’ opening game against the Cowboys last season. After Antonio Cromartie surrendered a first-quarter TD to Dez Bryant on the game’s opening drive, Revis went into Revis mode. Bryant wasn’t so much a resident of Revis Island as he was trapped on a Life of Pi–style raft with a feral green tiger. Though he was giving up four inches and 20 pounds, Revis repeatedly socked Bryant in the face mask and ribs at the line of scrimmage, shutting him out for the rest of the game. Listen closely for Revis’s amused laugh after every encounter — it’s better than even the most preposterous wide receiver theatrics. To the delight of all Jets fans, Revis will not hold out this season. Bring on the laughs.