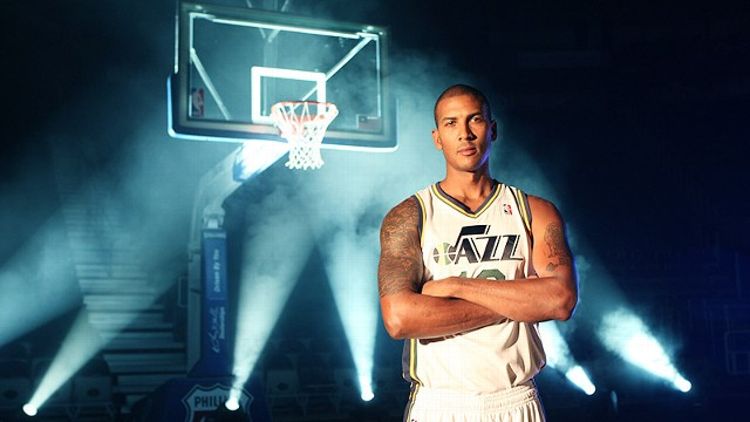 There are many reasons to love the NBA, but one of the best hidden benefits of being obsessed with this sport is everything that happens on YouTube. Example: A few days ago somebody e-mailed us this Raja Bell video.

Answer: Why NOT have a three-minute Raja Bell tribute set to an ’80s metal ballad?

There are 10,000 things to hate about the Internet, but if you ever lose faith, just remember Basketball YouTube, the corner of the World Wide Web that justifies everything else. It’s the place where you can find:

And that’s before you get to the hidden universe of role player highlight videos like that Raja Bell video. Or this Brian Grant video … Or this Doug Christie tribute set to Green Day … Or five minutes of highlights from Larry Hughes on the Knicks.

Other sports have stuff like this online, but there’s nowhere near the insanity you get with basketball. That’s probably because the NBA is the only league that realizes it’s smarter to let YouTube promote the game rather than trying to preserve copyrights and prosecute anyone who uploads a two-minute highlight clip. Basketball YouTube is the Wild West. Anyone can go nuts. If I knew how to cut highlights, I can’t even imagine how many of these videos I would’ve uploaded when I was in college. As it stands, I have several ideas/requests/dreams.

We’ll stop at five, but just know that this could keep going forever. Because Basketball YouTube goes on forever. It’s an endless void designed for weird, hilarious people with way too much time on their hands. This is what the Internet was meant to be. Yesterday, Danny Chau found this Jared Jeffries tribute set to Nas and Puff Daddy’s “Hate Me Now”:

Come for thrilling highlights of a Knicks scrimmage in the middle, stay for the end, when “Hate Me Now” gives way to Jared Jeffries singing Garth Brooks karaoke. I have no idea why that video exists, but I’m glad it does. Thank god for Basketball YouTube.

Can’t wait to see what blessings come next.

Tuesday Night Lights: 'Does This Count as a Win, Coach?'