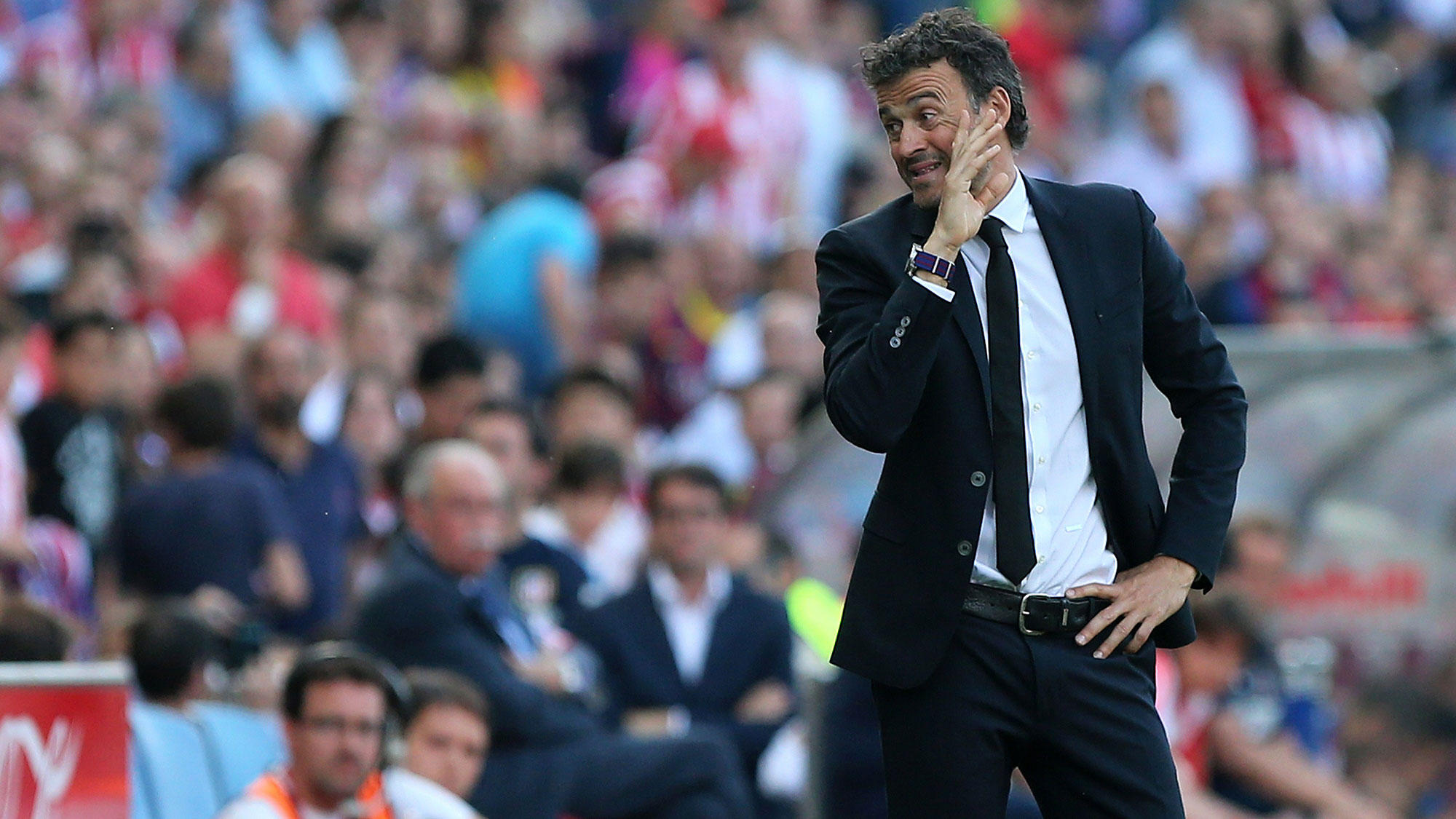 The shadow of Pep Guardiola still hangs over everything that happens at FC Barcelona, and for good reason. In 2009, Guardiola’s first season as manager, the club won the treble — league, league cup, and Champions League. It went on to win another two league titles, one more league cup, and one more Champions League trophy during Pep’s four years in charge. Quite simply, his Barca side, with their sustained dominance and signature quick-passing style, are the defining team of the 21st century.

As Barcelona look like heavy favorites to become the first European club to complete a second treble in Saturday’s Champions League final against Juventus, it would appear that they’ve finally found their next Pep. Luis Enrique played for the club from 1996 to 2004, often alongside Guardiola. He even took over Barcelona B when Guardiola became manager of the first team. Barca is in Enrique’s blood, and he arrived at Camp Nou looking like the picture of a tiki-taka purist. But once they let him inside, out came a dose of long balls, super-quick counterattacks, and even some practical defending.

Had the club known that Enrique would inch the team closer to Mourinho on the Pep-to-Jose style spectrum, they probably never would’ve hired him to begin with. But while Enrique might not be the man Barcelona wanted, he’s the one they needed.

Let’s quickly go back to last season, when the team was being coached by an outsider, Argentina’s Gerardo “Tata” Martino. While he generally didn’t fiddle with Barcelona’s sacred tika-taka too much, Martino did try to gently suggest that it might be time for Barcelona to try something a little different, lest they risk their possession-based game descending into predictability with its architect, Guardiola, no longer around to provide the regular maintenance and tactical tinkering that kept it fresh. This did not go over well with anybody inside the club: In late September 2013 during a game Barcelona won 4-0 against Rayo Vallecano, the team lost the possession battle for the first time in 317 matches and players found themselves answering questions about the problems of a resounding victory. The situation was made doubly awkward when Tata maintained that ceding possession was more or less what they wanted to do: “Rayo pressed us and they made it difficult to play short passes. We had the alternative to play long and at times you have to do this in these types of matches in order [to] reach other parts of the field.” After a season without any trophies, Martino became an easy scapegoat. If you’re not going to play our way and you’re not going to win anything, then what’s the point?

After all of that, Enrique, whose main qualification for the job was his Barcelona bona fides,1 was supposed to shepherd in the return to normal, but he shook things up from the get-go. Even before Neymar had recovered from his World Cup injury and Luis Suárez finished serving his suspension for biting another human being, Barcelona were playing differently. Lionel Messi was moving back toward the right side, playing less like the false nine of previous seasons and more like the narrow right-sided forward of his early years with the club. Gone was the relentless barrage of short, intricate passes designed to break through the opposing midfield line and get Messi running at defenders. Instead, as the European game has continued to drift toward an emphasis on higher-speed transitions and scoring before a defense has time to set itself, Barcelona began to look like a better version of everybody else.

This evolution had to happen. Xavi, the heart and soul to Messi’s endlessly running motor, was winding down, and Enrique chose to ease him out of the starting lineup. Without Xavi there to dictate the passes that sprung Messi, it made sense to move soccer’s version of The Answer back out wide. He’d have more space to operate, and he’d be able to do things like this.

Beyond Xavi aging out, the biggest personnel change has been the additions of Neymar and Suárez over the past two years. Yes, things are easier when you can surround the best player in the world with two guys like that, but Barca’s traditional pass-’em-to-death style wouldn’t have gotten the best out of Neymar and Suárez, two players who thrive in the open spaces of the counterattack. Plus, the recent micro-iterations of Barcelona all marginalized strikers not named Messi. From Samuel Eto’o to Zlatan Ibrahimovic to David Villa to Alexis Sánchez, plenty of talented attackers were brought in, only to struggle to exist as complementary players in a system designed to create the highest possible pedestal for Messi to stand on. But when Barcelona are counterattacking this season, Messi operates among a trio of otherworldly equals.2 And much of that comes down to the man on the sideline.

Enrique was supposed to restore the House of Barcelona to the glory days of Guardiola and rekindle that faded multi-passing magic. Instead, he did something much more impressive. He took an aging-but-still-solid foundation and built an entirely new house on top of it. Somehow, it might be even better than the original.