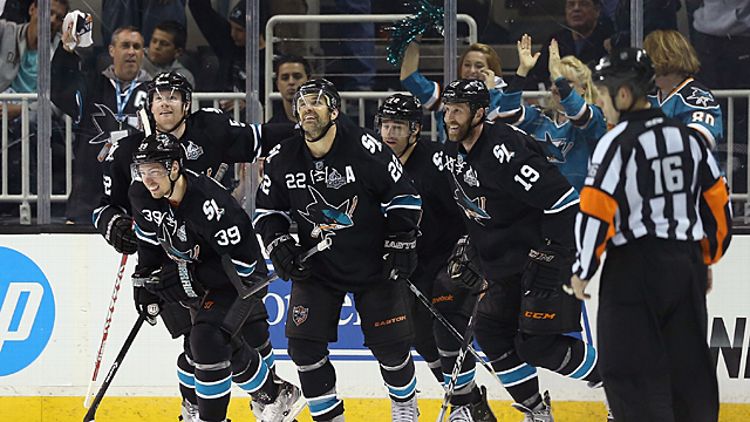 This year’s NHL playoffs have featured plenty of sights that fans aren’t accustomed to. We have rare appearances by teams like the Toronto Maple Leafs and New York Islanders, veteran defenseman Jay Bouwmeester’s long-awaited postseason debut, and the first Ottawa-Montreal matchup in 86 years.

And yet, a lot of it still feels familiar. That’s because no matter which teams are involved or how they match up, there are a few things you can count on each year. The names might change, but there are certain types of players that always seem to make an appearance. Here are the 10 players you can expect to meet every year in the NHL playoffs.

Every NHL rookie looks impossibly young, which is why watching old drafts is so much fun. But it’s even more noticeable in the playoffs, when the intensity is off the charts and all the veterans look like Grizzly Adams.

That’s especially true when a combination of injuries and desperation forces your favorite team to turn to some call-up who spent the season buried in the AHL. You’re not really familiar with him, but you read up on the scouting reports and listen to the talking heads, and you convince yourself that this kid really could have an impact. Then the camera cuts to him on the bench, all earlobes and Adam’s apple, and he looks like his only goal for the game ahead is to not wet himself.

This player will dress for exactly one game and never be heard from again.

The guy who you start to suspect might be clinically insane

This player is usually a third- or fourth-liner. He throws an occasional hit or two, but he’s not a tough guy. He is just a role player who goes out during the regular season and does his job, even though fans of his own team often don’t notice that he’s there.

Then the playoffs come along and he loses his mind.

Suddenly he’s all over the ice, in the middle of every scrum, and doing things like repeatedly launching himself at Zdeno Chara or Brian Boyle (while bouncing off harmlessly every time). This type of player bleeds a lot, and may lose most of his teeth. And after every shift, the camera finds him sitting on the bench wearing a creepy grin that says he’s enjoying the whole experience just a little bit too much.

For reasons nobody is completely clear on, this player is almost always European.

The guy who keeps shamelessly diving

This guy is the absolute worst. At the slightest hook or hold he drops to the ice, hands flailing in the air. If someone’s glove so much as brushes against his face, his head snaps back. If he’s ever knocked down, he makes getting back to one knee look like the labored work of a man who can barely walk. He’s constantly chirping at the ref, crying for a phantom call, even though the replay makes it clear that he’s a ridiculous faker without a shred of integrity.

And most infuriating of all, it works. He gets the call in a crucial situation, which leads his coach and his team’s homer media to praise him as a guy who’ll “do what it takes” to win. He wins. He always wins.

It’s worth pointing out that in today’s NHL, this guy is 90 percent of the players in the league. Sometimes I hate the playoffs.

The guy who gets everyone talking about John Druce

John Druce was the journeyman winger who never scored more than 22 goals in a season during his career, but nearly matched that with 14 goals in 15 games during the 1990 playoffs. That’s made him the poster child for unexpected postseason hot streaks.

Nobody’s ever quite matched that run, but every season sees somebody go on an out-of-character tear for at least a series or two. And for as long as the run continues, everyone is legally obligated to refer to him as “this year’s John Druce.”

(Note: If the hot streak lasts long enough, this guy may also be referred to as “the guy who single-handedly ruined the office playoff pool.”)

Unexpected guys scoring overtime goals is practically a playoff tradition, and is always way more fun than when some superstar gets the winner. We all get to make a few jokes at the guy’s expense, and then a few more about the team that actually let such a lousy player score a game-winner, and then we all move on.

But every now and then, the obscure guy manages to get multiple OT winners and suddenly it’s not so funny anymore. This guy’s existence may or may not result in you waking up your whole house by yelling “ARE YOU A WITCH?” at your television screen at 1 a.m. Niclas Wallin, I am looking in your direction.

This guy will often show up in a random highlight from one of the other series, which confuses you for a second. Wait, did they just show a goal from an old series a few years ago? That guy isn’t still playing, is he? Why haven’t I heard his name in years? Didn’t he go play somewhere obscure that we never hear about, like the Swiss Elite League or the Predators?

This is the guy who you never really noticed during the season because he’s not all that important. But suddenly the playoffs arrive, and he’s being mentioned in every story you read. You start wondering: Did I miss something? Did he recently elevate his play or take on a more prominent role?

No, none of those things. It just turns out that he’s really good with the media.

This is the NHL, which means there’s a pretty low bar for what it means to be “really good with the media.” In the playoffs, it just means that he makes himself available and can offer up a sound bite just slightly more interesting than the standard cliché. If he can do that while actually making eye contact instead of staring at the floor or his phone, all the better.

In a social-media world — in which every playoff series gets 24-hour coverage whether it deserves it or not — this guy becomes invaluable for the gathered journalists who are desperate to fill airtime and column inches. So he winds up in every story, dutifully showing up in the fourth paragraph to provide the mandatory quote. If the series goes long enough, we’ll probably find out about his wife and kids and what kind of dog he owns. The only time you get a break from this guy is during the actual games, when he goes back to being a complete non-factor.

This guy will get a job with a TV broadcasting company roughly eight seconds after he retires.

The guy whose playoff beard is becoming problematic

There’s really two ways this can go. There’s the one guy on every team who enters full-on caveman mode by the second game. It’s fun at first, but the thing eventually starts making everyone increasingly uncomfortable the longer it’s allowed to live. Once his team is eliminated, this guy will inevitably shave his beard for a charity, which will then use it to insulate a children’s hospital.

But there’s also the other side: the guy who is trying to grow a beard, who thinks he can grow a beard, who clearly wants so desperately to grow a beard … but it’s just not happening. Oh, there are a few stray hairs here and there, and maybe a little fuzz under the bottom lip, but nothing that any reasonable person would call a beard. You find yourself wondering why nobody pulls him aside to tell him to just shave and be done with it. Once it becomes clear that won’t happen, you decide to actively root for his team to be eliminated just so the poor kid can be put out of his misery.

This is always a fun one, since you never really know who it’s going to be until it’s too late. This guy had a strong regular season, but just never seems to be able to get it going in the playoffs. If he plays on your team, it infuriates you. If he plays for a rival, you delight in mocking him. But in either case, he’s clearly not cut out for playoff hockey, which reveals a deep flaw in his character that you feel free to attribute to poor parenting.

And then his team is eliminated, and his coach casually mentions during the final press conference that the guy was playing with three cracked ribs and a missing kidney. And you feel kind of bad for a few seconds. Then you go back to trashing him because, after all, it’s the NHL playoffs and everyone is hurt.

Oops, my mistake, that was meant for my upcoming post called “10 Players You Meet During the NBA Playoffs.”