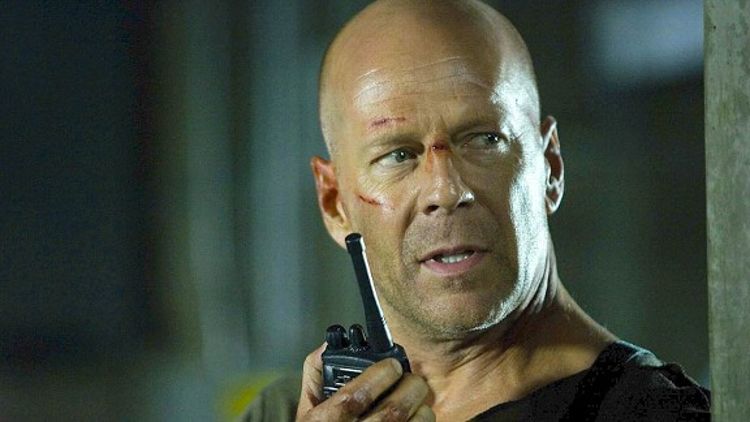 A Good Day to Die Hard

Yesterday 20th Century Fox set Valentine’s Day 2014 as the release date for the fifth installment in the truly unkillable Die Hard franchise. While the opportunity to watch Bruce Willis wheeze his way through yet another impossible situation in A Good Day to Die Hard (for realsies) is appealing — do they make gunpowder-stained wifebeaters in size X-AARP? — the real potential of the project, at least according to Deadline.com’s Mike Fleming, lies in the co-star role. Having learned their lesson from Mary Elizabeth Winstead’s rocket-ride to superstardom after her turn as John McClane’s daughter in 2007’s Live Free or Die Hard, the producers are promising big things for whoever fills the so-far undescribed shoes of John McClane Jr. With the rebooting craze in full swing, it’s clear that Fox hopes that whoever takes on the part will have broad enough shoulders to support the future of the franchise. Since this decision is critical, we thought it’d be in everyone’s best interest, including our own, to make some helpful casting suggestions — as well as try to stop that terrible title before it’s too late.

After spending a few years in forgetful retirement, John McClane is shocked to discover that he was only one cog in a top-secret NYPD program designed to develop a legion of super-cops, able to take on hordes of ponytailed terrorists barefoot. Called back into the field by his tough-talking new supervisor/love interest (Joan Allen), McClane must confront his “son” and successor: noted franchise messiah Jeremy Renner.

Kidnapped from a particularly risky par three at the Coconut Grove golf course where he now resides, John McClane is flown to Germany where he is confronted with jaw-dropping revelations: Hans Gruber, his elegant foe from the late eighties, was actually McClane’s brother. The creepy, elderly Deutschlander who delivers this news (played by creepy, elderly Deutschlander Werner Herzog)? He’s McClane’s father. The only person who can get old John out of this mess is Hans Jr. (Inglourious Basterds’ Daniel Brühl), a diffident East Berlin hipster who has a thing for terrible trance music and an ingrained fear of heights.

When he discovers his egghead son (Jonah Hill) has abandoned his high-paying job designing better security systems for office towers to join the unwashed masses at Occupy Wall Street, retired cop John McClane decides to get involved. What follows is a wacky, cross-generational road trip as the bullet-scarred baby boomer tries to connect with his fast-talking man-boy son, with Junior’s socialist stoner pal Eduardo (Martin Starr) and Judy, the academic both have a crush on (Charlyne Yi), along for the ride. Nothing explodes except McClane’s temper when he discovers a copy of Judy’s dissertation, Broken Glass, Broken Promises: Towards a New Understanding of Hans Gruber’s Heroic Politics.

Hands on a Die Hard Body

Die Hard in the Deathly Hallows 5: Part One

Grizzled mall cop John McClane’s dead-end life of liberating the food court is shaken up when he receives a visit from his estranged son John Jr. (Daniel Radcliffe), a bookish boy recently returned from studying abroad in England. John Jr. reveals himself to be an extremely powerful boy wizard, entrusted with ending a generations-long conflict between a noseless villain and some of the more esteemed RADA graduates of the last century. Tensions flare when McClane accidentally shoots a muggle and points out that despite his impressive wizardry, John Jr. still “throws like a girl.”

Die Hard … With a Silver Bullet!

Something is in the air at Reed College — and it’s not just high-test kush. John McClane can’t shake the feeling he’s being watched as he tours the campus with his son (Taylor Lautner) during a family visit. But a full moon brings everything to light: John Jr. is a werewolf, waged in an epic struggle against shirts, vampires, and logic. McClane must trade his service revolver for a wooden stake and try, against all odds, to convince his son to carry on the family tradition of tank tops.

John McClane is lucky to be alive and, thus, even more thankful to be expecting a new baby with his second wife, Janine (Olivia Wilde). But excitement turns to horror when the baby is born a wizened old man, christened Benjamin Button McClane (CGI Edward Norton). Over the course of the movie’s remaining four and a half hours, John must adjust to life with his new reverse-aging “partner,” a brave soul who was literally born “too old for this shit.”

See all A Good Day to Die Hard

American Reunion Trailer: Jason Biggs Is So Back