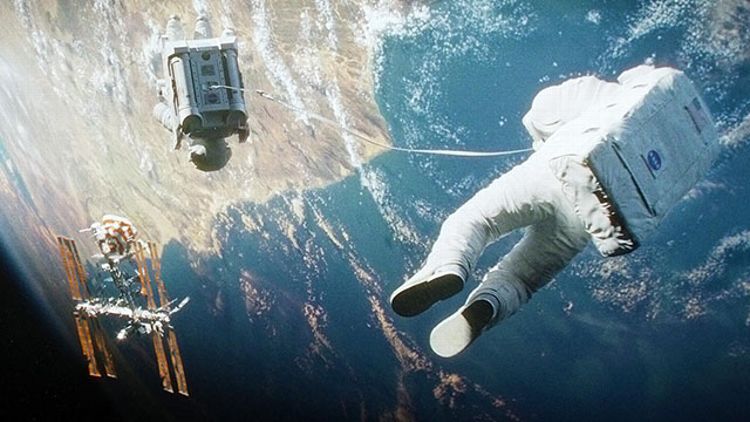 In the mid-1970s, the U.S. State Department prohibited the internal use of the term “space colony,” presumably because of colonialism’s bad global rep. Instead, they suggested the more equanimous “space settlement.” Of course, the last thing you do in space is settle.

There have always been two camps on this issue. First, the pointedly unsettled: science-fiction aficionados, capitalists, rocketry geeks, and macrocosmic thinkers for whom space travel represents a profound philosophical commitment to the outward longevity and dissemination of the species. For these folks, the giant leap from Gaia to Cosma is not only logical — it’s an ontological imperative. Second, the settled: pragmatists who see the very idea as folly, particularly considering that we, as a species, seem incapable of tending to our home planet. Let the universe come when it is ready, this latter group proposes. (Still a third group is unaware of the question.)

I stand somewhere in between. I dream of seeing three moons rise over the horizon at night. My pace quickens at the thought of a radical change in vantage — I am galvanized in awe and horror by the first intimations of the blackness of space, by the curvature of the planet. Sometimes, when I’m panicky, I zoom the mental Google map up and out, until the Earth is just a blue marble. I’d like to see that marble someday; I half-believe I might. And yet, I also believe that our stewardship of the marble, and the cultures that populate it, is middling at best. I’m not entirely sure we deserve to go to space. I’m not entirely sure we can have nice things.

Perhaps, however, like a child entrusted with a family heirloom, our nice things might change us. The writer Frank White argues that looking down at the Earth from space triggers a near-universal feeling of disembodied euphoria called the “Overview Effect.” The sensation is characterized by a sudden awareness of life’s interconnectedness and the frailty of our planet; it makes those who experience it better people, people more equipped to steward the planet, its denizens, and their future.

In White’s estimation, the Overview Effect is universal either because it’s a reaction of the human spirit to the setting — just as walking into a cathedral might, for an inclined person, prompt a spiritual experience — or because it’s neurological: that the mind, presented with the biological impossibility of being off-planet, disconnects, firing synapses madly into the darkness. In either case, astronauts return changed, with a sudden, universal insight: The Earth is a tiny system, impossibly fragile in the void of night. This tends to trickle down; the first image of the Earth from space — “Earthrise,” the photograph taken in 1968 during the Apollo 8 mission — is often credited with kick-starting the environmentalist movement of the 1970s. 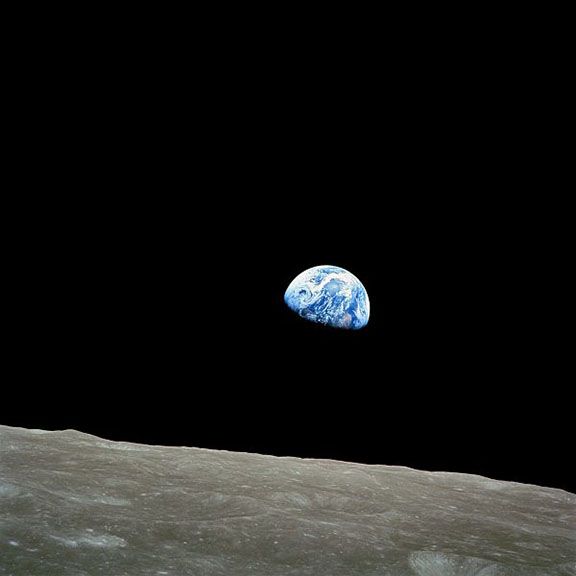 I interviewed White in 2011, and he explained it to me as follows. As of this writing, 537 people in the history of mankind have benefited from the Overview Effect. In the future, however, in a time where — by necessity or hubris — we might find ourselves living in space, divorced from the artificially imposed boundaries of nations, our fundamental take on the species will be different. “People living in space settlements,” White told me, “would always have an overview. They would know intuitively what philosophers and sages have been trying to tell us for millennia: We are one species with one destiny. The borders and boundaries we draw on our planet are really in our minds, not on the Earth itself.”

The Overview Effect’s most vocal apostle is Apollo 14 astronaut Edgar Mitchell, who had a straight-up peak experience, an “explosive awareness,” in his capsule, which he has spent the decades since very publicly unpacking. But every astronaut seems to have their own flavor. Michael Collins, the pilot who orbited the moon alone while Buzz Aldrin and Neil Armstrong tromped around in the lunar dust, later said, quietly, that world leaders “need this new perspective, or the poets who might communicate it to them.”

Which brings us to Gravity. Is Alfonso Cuarón the poet who might communicate the immaterial gravitas of space to the multiplex throngs? Is Gravity the medium for this message? The filmpays lip service to the Overview Effect, or at least the basic aesthetics of floating above the Earth — “you should see the sunset on the Ganges,” George Clooney’s veteran astronaut, Matt Kowalski, murmurs — but Gravity is largely free of spiritual undertone. Refreshingly, it avoids the ham-fisted use of “faith,” a motivating trope that turns up regularly in even the darkest of science fictions, from Signs to Prometheus. Sandra Bullock’s utter cipher of a character — Ryan Stone, childless mother — never “loses her faith,” nor does she even seem to consider it, even as she doggy-paddles across space from one foreign escape capsule to the next, each bearing the totems of its own gods.

To Stone, the home planet is just another space station with a stable oxygen supply. And the space stations themselves are nothing more than tiny pockets of life trapped like air bubbles in space, where, as Cuarón warns us in the film’s opening titles, “life is impossible.”

I’d argue that Gravity, despite its swooning beauty and grandeur, is a completely unspiritual movie. It has no awe, horror, or respect for space. There is no mention of space’s infinitude, its existence so far beyond the onionskin milieu of near-Earth orbit that it’s as much a metaphysical nightmare as a scientific truth. In a sense, its most noteworthy predecessor isn’t 2001: A Space Odyssey, but Chris Kentis’s 2004 thriller, Open Water, in which two scuba divers are marooned in the ocean overnight. It performs a similar conflation of vastness and claustrophobia, a move that drop-kicks the limbic system. Of course, there are no sharks in space, but satellite shrapnel does the job just fine, appearing periodically to tear through the tiny protective membrane of an EVA suit or lay waste to the Hubble.

Gravity feels like the first movie ever made about space, lowercase-‘s.’ Not the Space of science fiction — the metaphysical abyss of 2001, or Star Trek’s wormhole-pockmarked starfield, or Space as a metaphor for the boundaries of the human spirit itself — but the space of 133 workaday space shuttle missions, of the countless boring satellites pinging down GPS signals and talk radio, of a bare-bones International Space Station cobbled together with great toil and without one iota of glamour. The space where men and women, their skin strangely taut from low gravity, their hair withered, their bodily odor barely contained by moist rag-showers, look their worst. The most shocking thing in the film, for me, was the revelation that you can climb into a Soyuz capsule like it’s a hatchback and operate it by following instructions in a laminated spiral-bound notebook.

Anyway, the most powerful metrics of Gravity lie not in the writing, or even the prodigious special effects, but in the inalienable truths of this lowercase-‘s’ space itself: that it exists, that human people regularly — even right now, as you read this — float around there, unscrewing modules and pressing buttons, and if you fall down out of it in a little metal box you will land on an Earth utterly indifferent to your trials. That is just the truth.

But there’s another truth, too, the truth of White and Mitchell and all the astronauts who have come down to Earth not relieved at having survived space butchanged by having experienced it. I’m still waiting for that movie. Hopefully it gets here before the satellites come down.