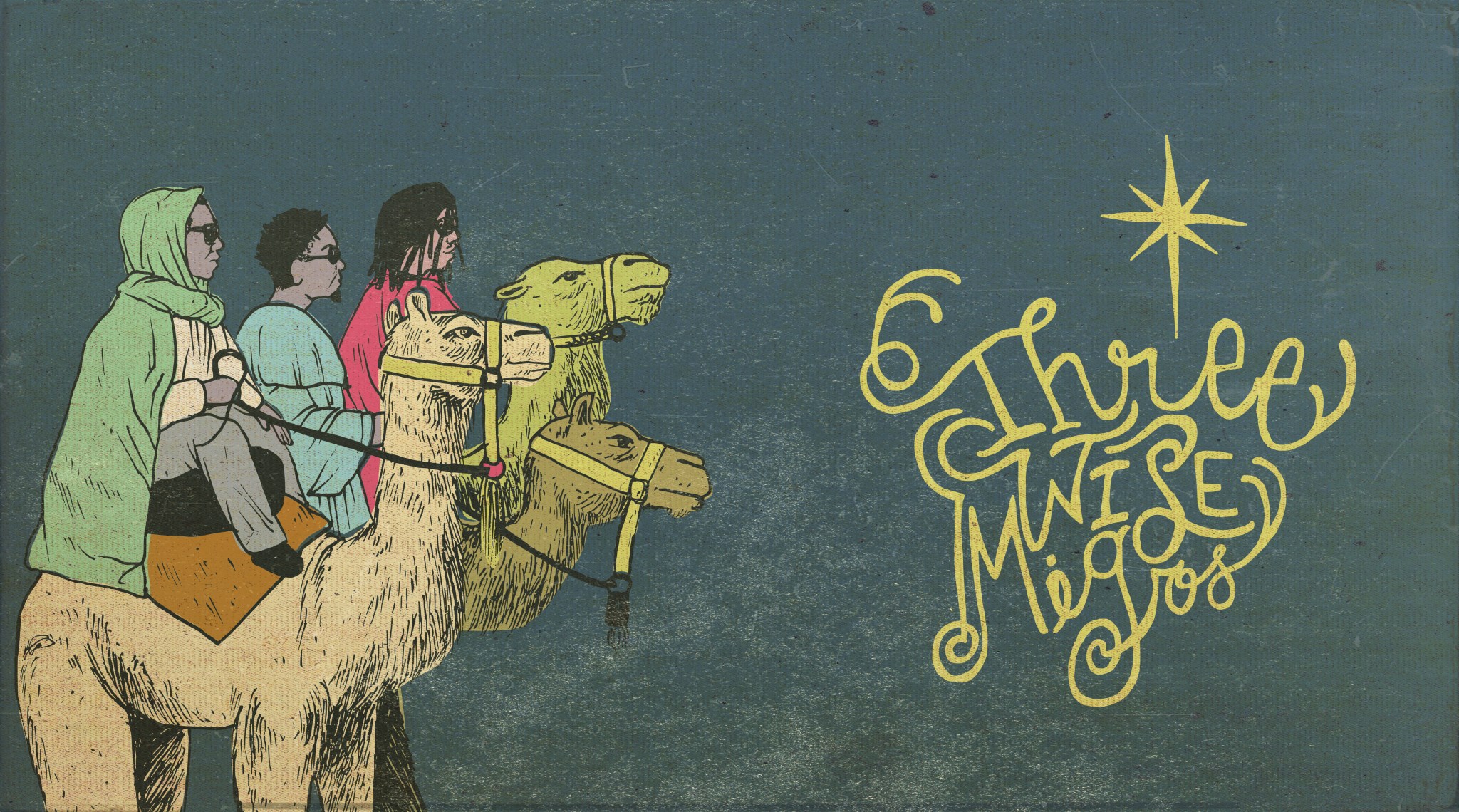 This is the story of Quavo, Takeoff, and Offset, the Three Wise Migos, three men from Atlanta who set out to find the new King of Rap.

These men believed that someday the firmament would be touched by the feet of a great king, so they watched the beautiful sky and watched the stars and waited for a sign. And lo, one evening it came, and it was beautiful, a star so bright and bold, and it led them on a journey. 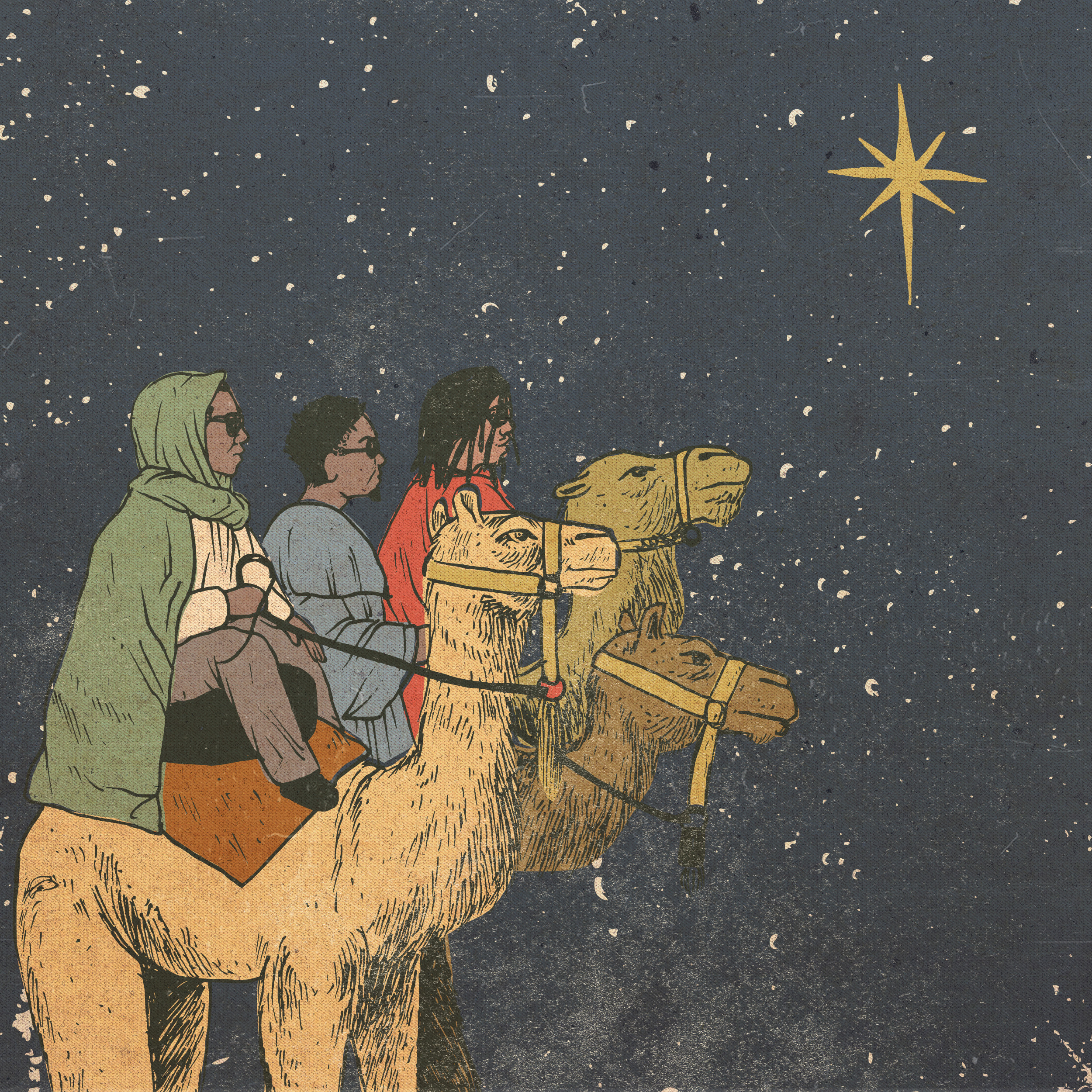 They traveled through Los Angeles, in search of the one they called Kendrick. Alas, he was not the one they’d hoped for. They saw Dr. Dre, and so they conferred with him. But Dr. Dre would not shut the fuck up about headphones, and so they left Los Angeles, and YG was upset that he’d not been visited, but he understood. 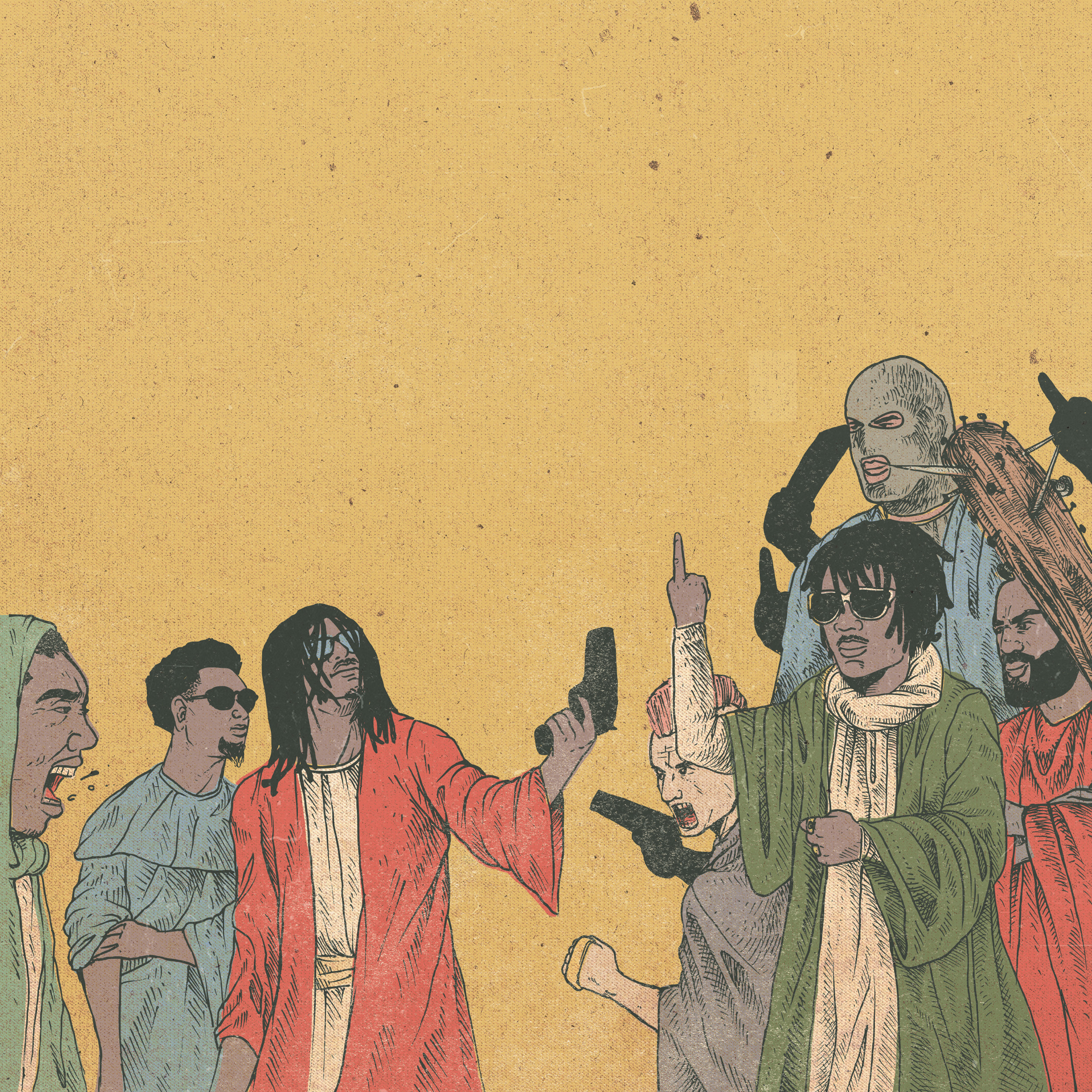 They traveled through Chicago, in search of the one they called Kanye, who called himself Yeezus. Alas, he was not there. “Where is he?” Offset asked a Chicagoan. “Everywhere but here,” he was told. And so they attempted to leave. But Chief Keef arrived. “Are you the new rap messiah?” Quavo asked, and Chief Keef responded with a muddled croak. Then his goons croaked as well and there was war, and Quavo’s chain was stolen, and it was cold in the Chi.

They traveled north to Toronto, in search of the one they called Drake, but Takeoff was wary, as he’d heard tales that the one called Drake was not what he seemed, and so he did not enter Toronto. Shortly thereafter, Quavo and Offset returned and their eyes were no brighter and so Takeoff knew Drake was not the one, and they all were weary from travel. “What happened?” asked Takeoff. “He was not the king, though he had questions about the king. And the more we talked, the more the one they called Drake talked like us, and it was sad.”

“Should we travel to North Carolina to see the one they call J. Cole?” Takeoff asked, and then they all laughed and the laughter was good and they continued their journey onward. 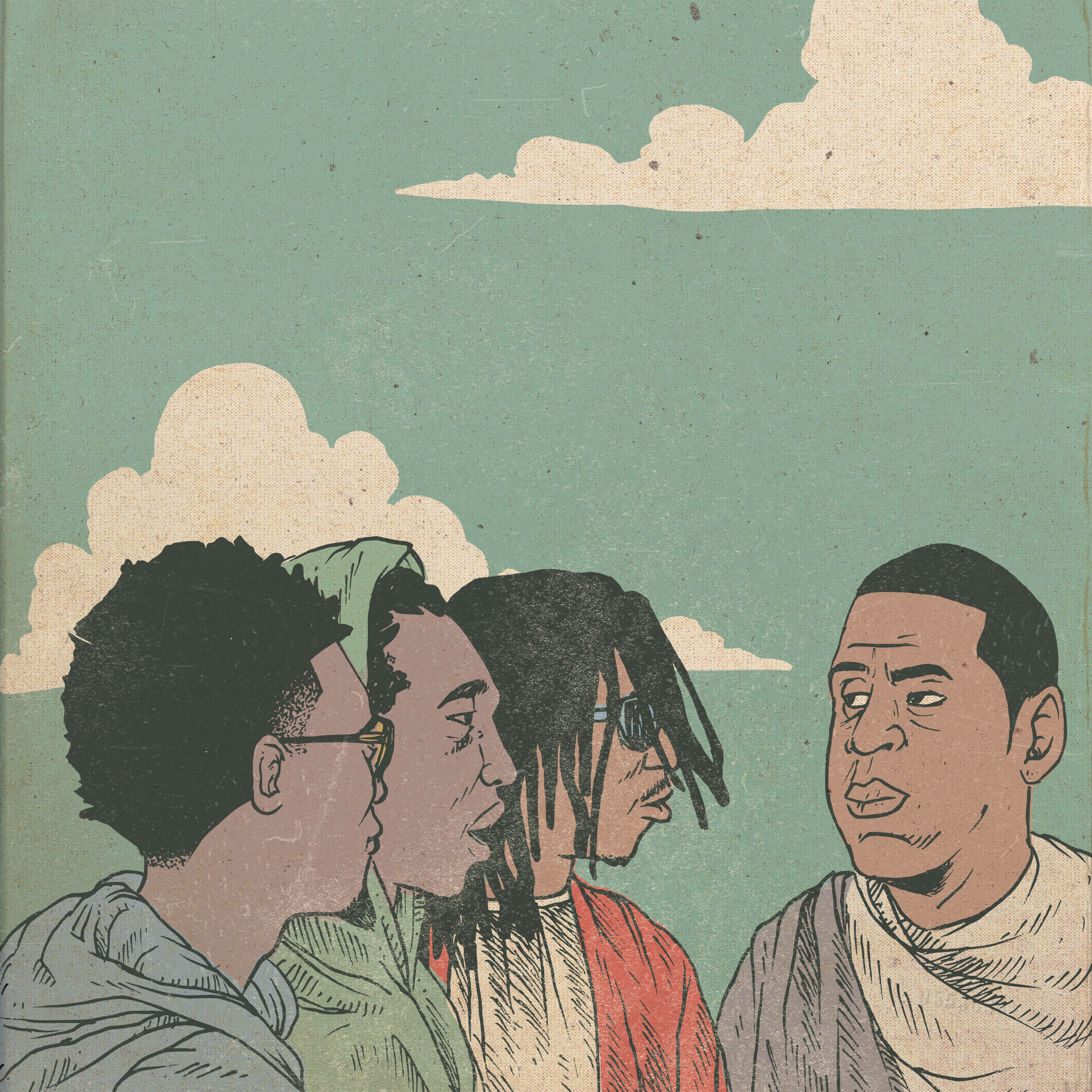 They traveled through New York, in search of the one they called Jay Z, but when they arrived they knew immediately this old regent was way too washed up to be the new King of Rap. And there was real sadness now, and the Three Wise Migos were sad because their journey was fruitless, and no new king would be found. They returned home to Atlanta.

“Who then?” Quavo asked.

From beneath his robe, Bun removed the chain that had been stolen from Quavo and looked at him. 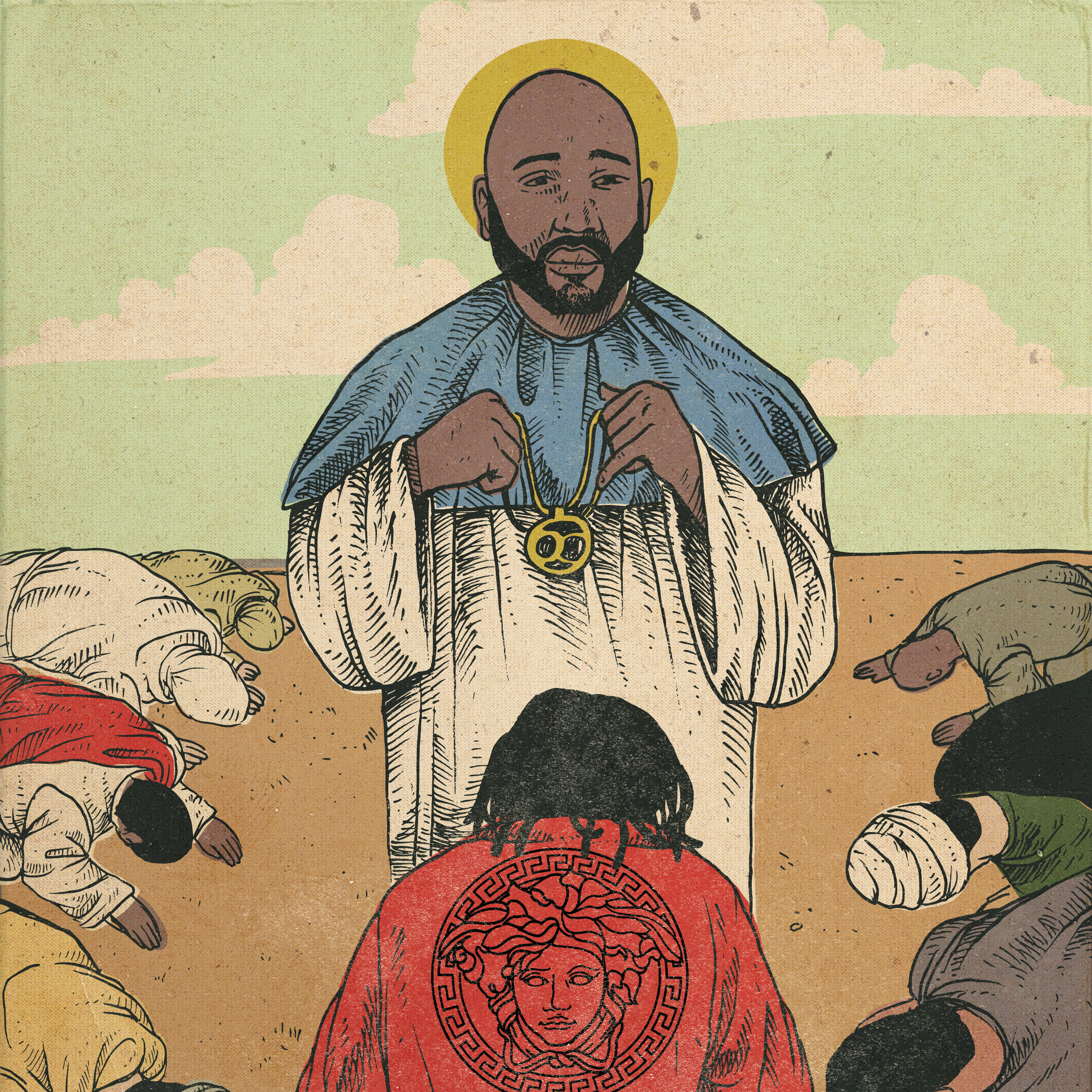 “Our journey, though,” Quavo asked. “We were looking for Him.”

“You were looking for you.”

And Quavo bowed his head and everyone kneeled before him and Bun placed the pendant over his neck and that’s the story of the Three Wise Migos.

The 10 Most Underappreciated Actors on TV This Year