Thought Experiment: What If Kanye Had Never Interrupted Taylor Swift? 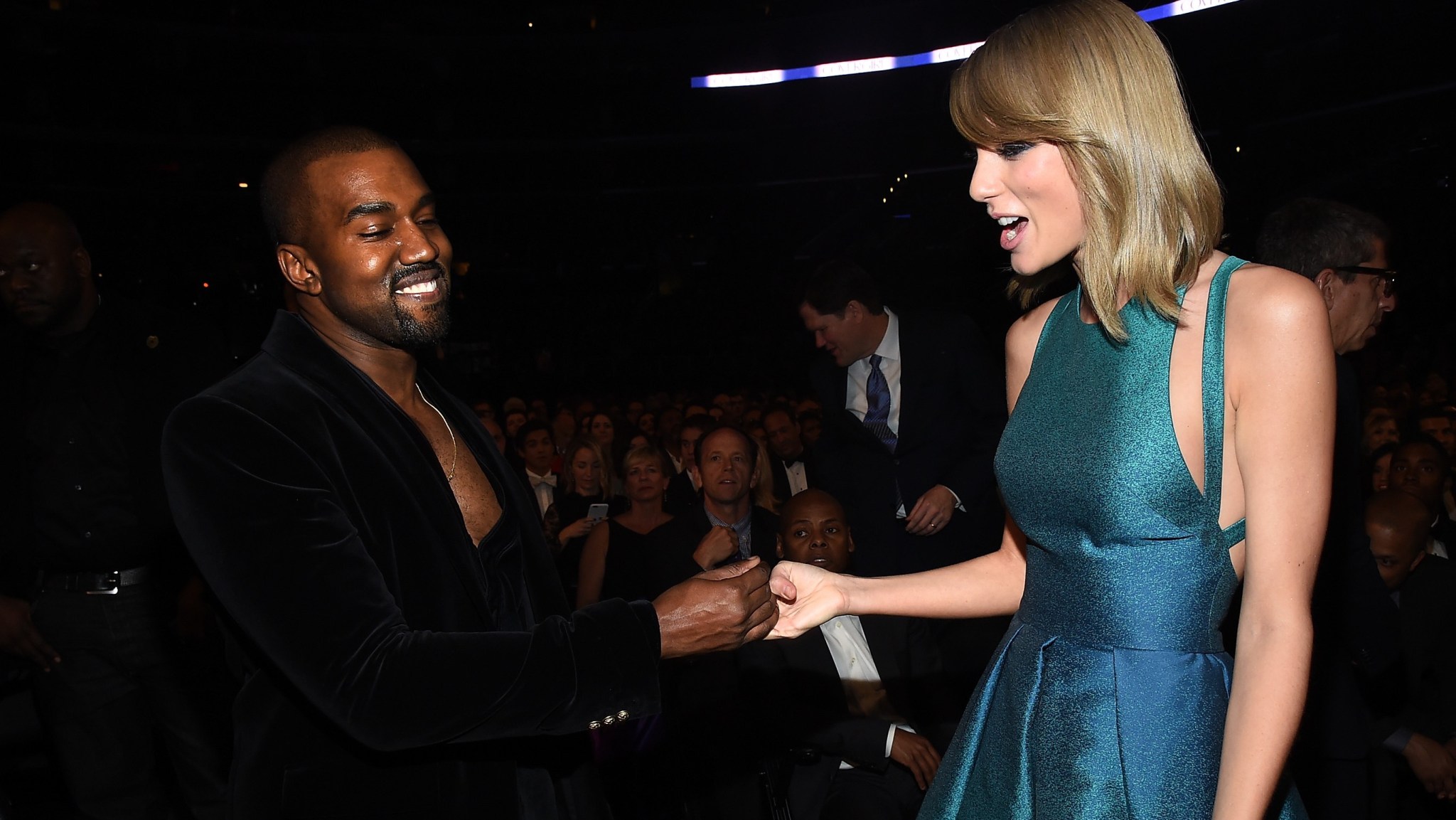 When Kanye fake-interrupted Beck’s acceptance speech at the Grammys, it was a perfect joke. He was mock-defending Beyoncé for not winning Best Album, but really he was making fun of himself, and America fucking LOVES that. He seemed very sweet and funny, and that tiny smile he gave before nodding was just a glowing, amazing thing. It was never easier to like Kanye than right then. “Oh my god, wow, being in love and becoming a father has really turned Kanye West into a beautiful person” was just about how the rest of that moment went. Kanye was untouchable.

But then he gave an interview to E! about how, even though it seemed for all the world as if he were acting in jest, he’d been serious, that he really thought Beck should have given the Grammy to Beyoncé, that Beck should “respect artistry” and all that, and it was just like, “Oh, right, he’s still a dick.” But what if he were not? What if he were still a genius but no longer tethered to the unlikable parts of believing in his own genius more than anyone else, even those who really, really, believe in it? What if we could eradicate that part of him? What if we could remove his most famous dick move from history?

What if Kanye West had never interrupted Taylor Swift’s acceptance speech at the 2009 VMAs?

But even more critical: We never get Nicki Minaj’s verse on “Monster” with Kanye and Rick Ross and Jay Z, and that’s the verse that really just set her off as a seismic rap force. She’d released only mixtapes up till then, and the first single she’d tried to release for Pink Friday, “Massive Attack,” was a dud, and such a dud that they just scrapped it from the album. When “Monster” hit, though, man, it was just like, “Well, she just shit all over three of the best rappers right now,” and it’s instinctively weird to think about Rick Ross as someone who’d fall into a sentence with the phrase “best rappers” in it, but this was 2010 and he was still steamshipping along behind the undeniable Teflon Don album. So there’s no “Monster” and no Nicki verse to counterweight all of the poppy and unsteady stuff she did on Pink Friday, so she probably still gets very famous, but it’s a different, less weighty type of famous, and that’s no good.

Also, if Kanye doesn’t interrupt Taylor, then Taylor has to stand as a thief instead of a victim, because she absolutely did not have a better video than Beyoncé’s, and so for the first time in her career, she’s the bad guy and I just can’t imagine that goes that great. Maybe she handles it OK and just darts out a few subliminal shots at Kanye on her 2010 album Speak Now, or maybe she falls apart. Maybe she drinks half of a Bud Light at a bar a few months afterward to cope and starts rattling off semi-racist jokes and someone records it, and TMZ gets their tentacles on it and, oh my word, Taylor Swift is a full-on villain. She never makes Red in 2012. Instead, she makes Black, and instead of transitioning from country into pop, she jumps from country to nu–death metal. She starts wearing fangs and a prosthetic penis at her shows and calls for the destruction of fascist America in all the interviews she gives. She tours with Rammstein. 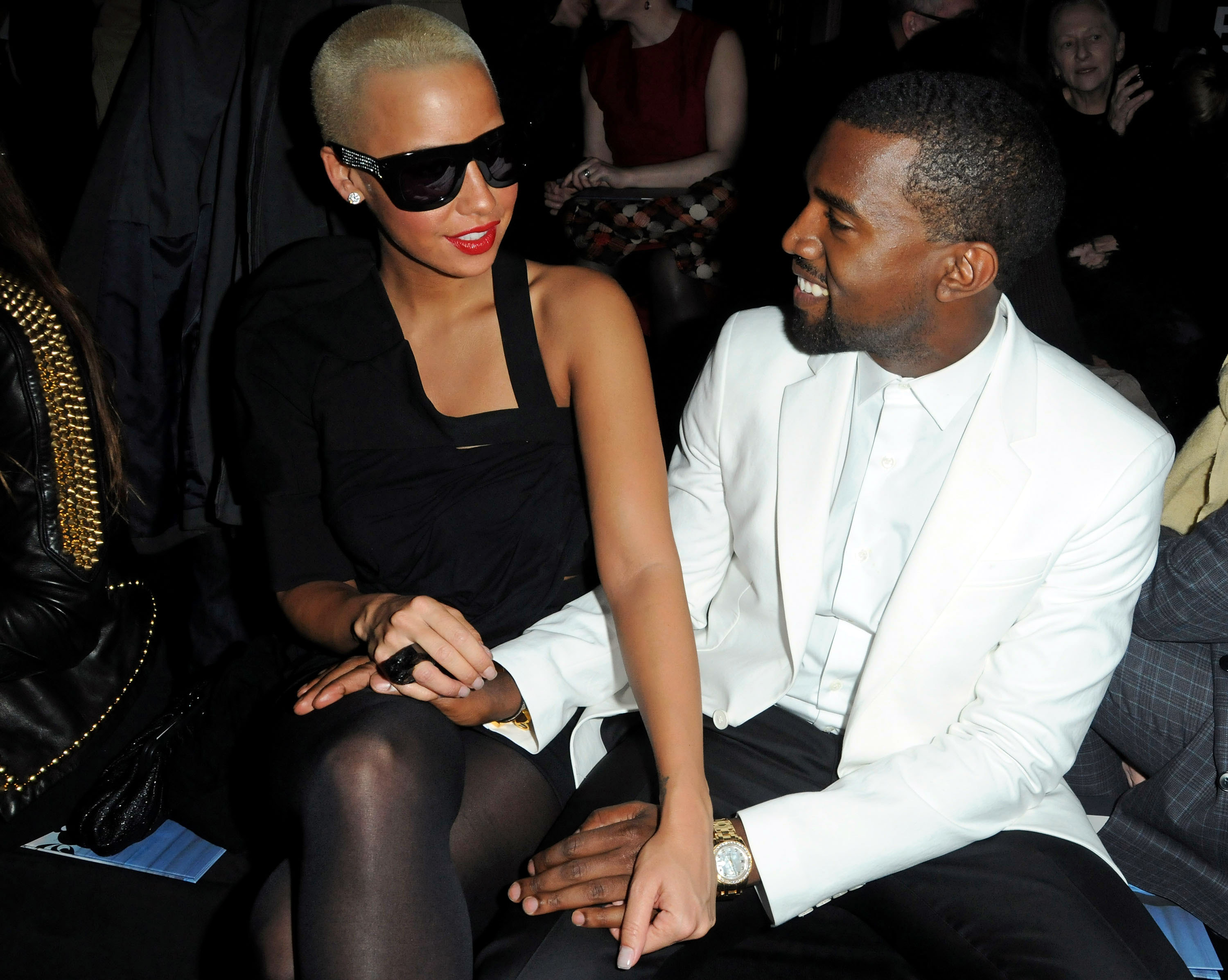 Also, if Kanye doesn’t interrupt Taylor, then Kanye never feels compelled to ditch his whole life, including Amber Rose. They stay together. He never courts/marries/impregnates Kim Kardashian. OH NO THAT MEANS NO NORY. Kim stays with Ray J. They do the sex tape part two. Nobody cares. Nobody cares about Amber Rose either, because she’s still Amber Rose. Beyoncé definitely does not let her and Kanye be what she’s let Kim and Kanye become (second place, basically). Kanye’s not there to act as Jay Z’s impulsive, erratic avatar, so Jay and Beyoncé start to have marital troubles because Jay just can’t handle being Straight-Line Jay Z, the same way Marlo couldn’t handle it on The Wire. They get a divorce. Jay crumbles under the weight of loneliness — turns out, he was built to be married and have a kid. He’s devastated without them. His relaunch album, Unreasonable Doubt, is massively disappointing. For some reason, he shows up to the BET Awards wearing JNCOs. Everything is terrible. He tries to win back Beyoncé, but it doesn’t work. He gets a call from Robin Thicke, who understands. They release a remake of that “Shooter” song Thicke and Lil Wayne did. It’s OK, but everyone talks about it because someone in their camp convinced them that male twerking was the new hot thing, and it definitely was not the new hot thing, but their whole video is them male twerking, and so that’s the end of Jay Z. Nas wins.

Beyoncé, sad and publically broken and reeling, scraps the secret album she was planning, opting instead to record a country album with Jason Aldean. They fall in love because Jason Aldean is weird-looking, I’ll admit that, but also very charming, you have to admit that. Buzzfeed breaks the story of their upcoming marriage, framing it with a list of “50 Beautiful Women Who Married Men Too Ugly for Them.” Beyoncé’s on it twice (Jay Z and Aldean). The only other person on there twice is Julia Roberts (Lyle Lovett, Daniel Moder). Julia Roberts tweets the link. Beyoncé and Jason are perfect together. America stands behind them. Interracial couples increase by 400,000 percent. Beyoncé and Jason have a baby. It’s a girl. She’s so beautiful and precious and perfect that the KKK releases a statement saying, “We were wrong about racism. Sorry about that. Sorry about everything. Congrats to Beyoncé and Jason.” The KKK disbands. America decides to let Barack Obama become the first president since FDR to serve a third term. Darren Wilson and George Zimmerman get retroactively convicted of murder. Lil Wayne is so distracted by everything that he never releases Rebirth. WE NEVER HAVE TO SUFFER THROUGH REBIRTH.

I don’t even know. Wow. America is great.