‘The Walking Dead’: Which Beloved Character Will Suffer the Next Unnecessary and Wholly Preventable Death? 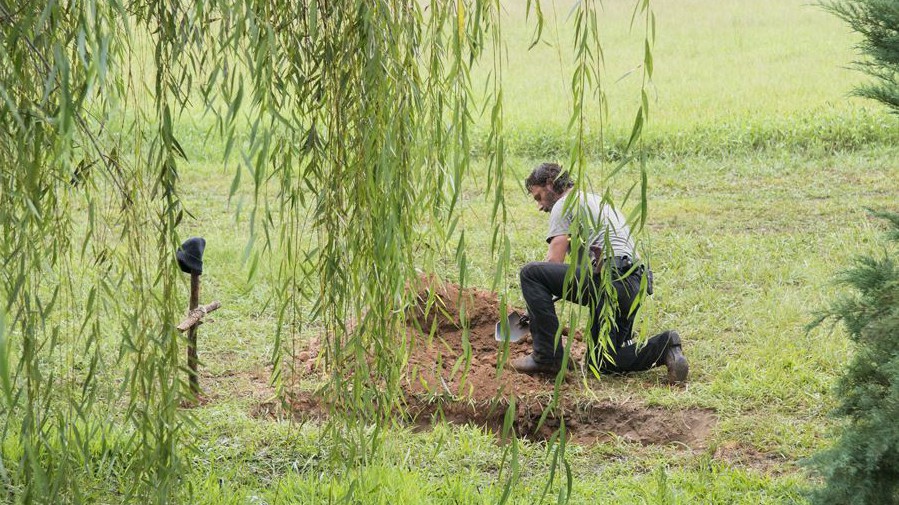 We get it, The Walking Dead. The world is beyond saving, a ruined place, a failed experiment a dispassionate Great Scientist is observing from his lab in the sky, chuckling softly to himself as he records the effects of an unstoppable virus consuming the planet-size petri dish below. Anyone can go at any time. (Except, against all odds, the annoying, invincible kid running around in his dad’s hat.) You’ll reintroduce a long-absent Beth, put her through her ultimately meaningless paces as we start to warm up to her presence again, and then erase her as if she’d never returned. Or you’ll deliver up a Dawn for half a season, bait the hook of our interest, and escort her out as quickly as she came. You’ll send off a Bob, piece by delicious piece, into the void. We get it, we get it.

And now, of course, you did Tyreese. Tyreese! Perhaps the lone beacon of decency atop an ever-growing mountain made of the rotting limbs of doomed humanity, snuffed out, just like that. And it’s not so much that now Tyreese is dead — we all die eventually — it’s that he was ushered out in such pointlessly humiliating fashion. Yes, he got more or less an entire episode to say his good-byes, all cinematic flashbacks and portentous drips of blood pooling on the frame of a painting and spectral visitations from the weary fallen, inviting him to join them in haunted sing-alongs.1 But Tyreese was not a dummy. He was not a careless risk taker. He was not the kind of guy who, literally seconds after seeing the shadows of a hissing walker dancing beneath a nearby door, abandons all of his hard-won survival instincts and forgets he lives in a world of constant danger, no matter how many yellowing photographs of a family bitten asunder by the gated-community undead would like to induce a catatonic reverie. Tyreese — Tyreese! — ticketed for a noble sacrifice in which he was eventually dragged down by a teeming horde of biters to save baby Judith — no, the entire neonatal unit of yet another clandestine, postapocalyptic hospital — taken down by a single zombie that got the drop on him because he was daydreaming?

Come the holy Father Gabriel on. There’s “a momentary lapse of attention because you’re haunted by the terrible things you’ve seen” and then there’s “this is an incredibly stupid and wholly preventable way to die.” Tyreese deserved better. Tyreese deserved to go down swinging in that NICU, caving in the decrepit skulls of a dozen snarling walkers with the plastic shell of an empty incubator, because these defenseless babies2 are not getting eaten on his watch. He deserved something better. Anything better. They chopped off his infected arm! Even Hershel limped around for a while, post-infection amputation, and Tyreese was made of far stronger stuff. Surely even a one-armed Tyreese could squeeze out another few weeks. But no. The bill had to be paid, as the Ghost of Zombie Christmas Past kept saying, over and over again, and it’s seemingly a much better scene on the other side, all beautiful blond kids strumming acoustic guitars. Tyreese finally gave up. Tyreese got buried by his friends. Tyreese went out, not to put too fine a point on it, like a dummy, listening to the goddamn fake radio in his head. He’ll never open that boxing gym in Baltimore now. 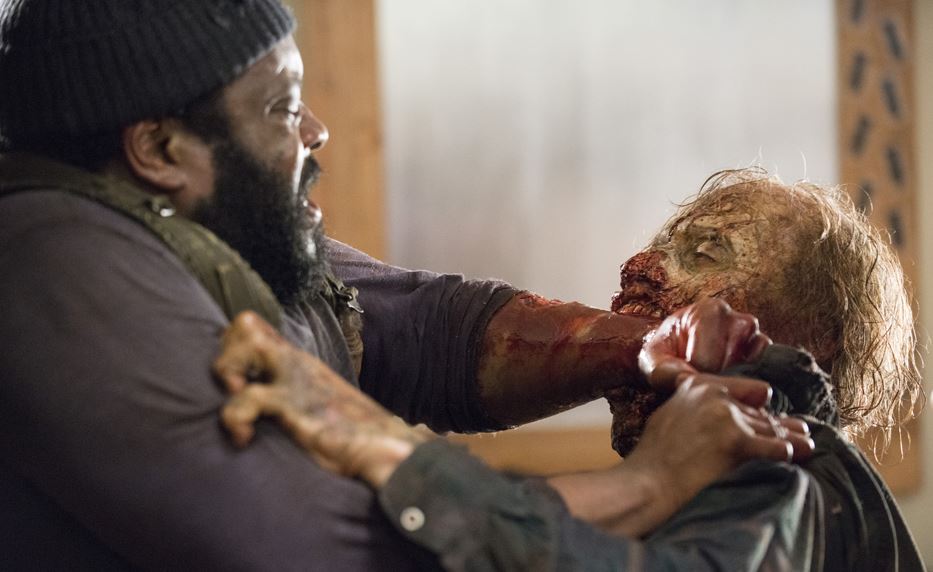 And so, as we say our final good-byes to Tyreese — Tyreese! — there is little else to discuss but who might be the next to go.3 The Walking Dead is a runaway locomotive powered by the heat of a crematorium furnace, and we’re going to need to shovel in some fresh fuel to keep this thing chugging on to D.C. through the rest of the half-season. So who will it be? Carl? Seemingly invulnerable Carl, shooting empty bean cans off a moldering fence while playing dress-up in daddy’s clothes, the snarling approach of a hungry walker drowned out by the rapport of his revolver, the Taylor Swift jams pumping through the headphones of the miraculously operational iPod he found? No. Carl will not only outlast his entire makeshift clan to spite those of us who’ve righteously called for his fatal mastication since the early days of Season 1, he will actually outlive us all, spinning off into companion series that take us through his adulthood, the ultimate cure of the plague, and the triumphant red carpet tour for the blockbuster adaptation of his memoir I Saved Everybody, Fuckers: The Carl Grimes Story.

Will it be Rick, our ostensible hero? Nah. Not the Rickster — we need a jaundiced set of eyes through which to view the ruins of mankind. Daryl and Michonne together, because screw us, we’re not allowed to have anything nice? How about Eugene, sham-genius now cognitively slowed by blunt-force head trauma inflicted at the hands of his enraged champion, failing to puzzle through the series of now-indecipherable alphabetic symbols spelling out DON’T COME IN HERE, CRAZY BITER HOUSE, THEY WILL DEFINITELY EAT YOU!!! before stumbling into a trap? Or Abe, horny, priapic Abe, bitten in throes of passion during his misguided attempt to finally seduce a walker? Maybe Abe. Let’s not dismiss Abe offhand.

But let’s push all our chips into the middle. We’ve suffered a significant loss in Tyreese, hot on the heels of our unexpected de-Bethification. The next sacrifice will be a minor one. An appetizer before another main-course feast in the already-looming season finale. No, it won’t be Carl then, either. He saves the world. Stay with us.

It’s got to be Sasha, right? She just lost her brother. She lost her boyfriend. She lost, in effect, all the good reasons to keep fighting. Sure, she’ll put up a good front. She’s tough. It’s not going to happen next week. But when the time comes — say, she shoves Carl out of the way an instant before he hears his last-ever “I Knew You Were Trouble” chorus, taking a bite for the team — she’ll be more than ready to go. It won’t take a fireside ghost-tween jamboree to lull her into joining Tyreese and Bob in the afterlife. It’s definitely Sasha.

Unless it’s Abe. Abe would definitely try to get it in a zombie. That won’t go well for anybody.