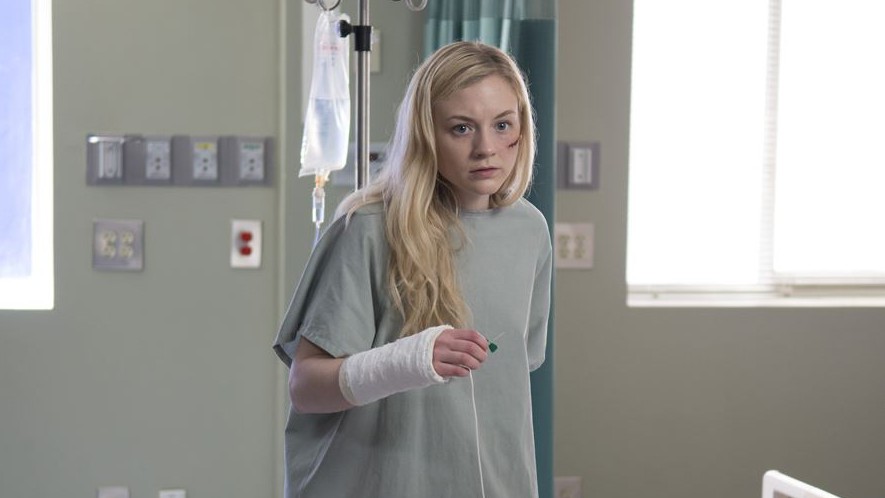 Remember Beth? You know, Hershel’s daughter? The one we haven’t seen in a while after she was kidnapped from Daryl’s post-prison caretaking?

You know Beth. You definitely remember her; she was somewhat important before. And then she went away and maybe we forgot about her a little bit, even if she was lurking somewhere in our memory, a nagging cluster of synapses firing every few episodes with the insistence that we were still down one blonde girl. You can’t really blame us for not keeping her constantly front-of-mind; just last week everybody was under attack by ravenous hipster cannibals, enraged by the unexpected closure of their train station/slaughterhouse-to-table restaurant, and a situation like that tends to draw the attention pretty forcefully. They took Bob’s leg and ate it in front of him! Truth be told, that seemed more important than snoozing the faint mental LoJack alarm about the absence of — let’s be frank, can we be frank? — nobody’s favorite survivor.

But anyway: Beth is back all of a sudden — even though at the end of the last episode, we clearly were presented with two obvious paths to follow: one to find Carol, and one that would take us on an enchanted bus ride to the magical plague-resistant bunker in D.C. with Happy Eugene and the gang — waking up in a creepy hospital, an echo of Rick’s original awakening from his coma in the series premiere. Except this hospital seems pretty well staffed. You might even be tempted to think: Hey, not a terrible place to find yourself in this ruined world. There are some nice police officers, a kindly doctor, a sweet kid mopping the floor. Seems like a safe place to chill and catch one’s breath. EXCEPT. And there is always an EXCEPT: 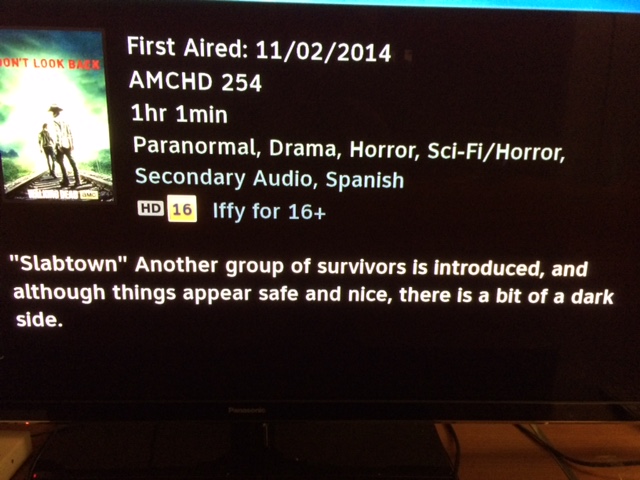 Isn’t that always the way? Our heroes find (another) seemingly secure, zombie-proof location, and it’s full of secrets and darkness and people who might not have their best interests at heart. Unfortunately, our friends inside the television can’t read the episode descriptions and get a jump on their inevitable escape plans, no matter how many times we shout at them. So we’re here to offer some helpful, and potentially lifesaving, tips about how to tell that something weird may be afoot at your miracle hospital. Don’t get fooled again.

You are taken to the hospital without your consent, in the absence of a medical emergency.

Obviously, there are times when you will wake up inside a hospital with little to no knowledge of how you arrived there. It happens. But not usually in situations in which you sustain a wrist fracture and some superficial head wounds, and your “ambulance” is a suspicious black car with a white cross painted on it. Pause and ask yourself the question before a doctor does: Do you remember how you got there? You don’t? OK. Something is likely not right. Especially when the doctor is then all, “Our people found you, you were surrounded by walkers, yada yada yada, you woke up in this locked room with an IV in your arm, everything’s cool now.” Guess what: Everything’s not cool now.

The cop-to-doctor ratio at the hospital is skewed heavily toward cops. 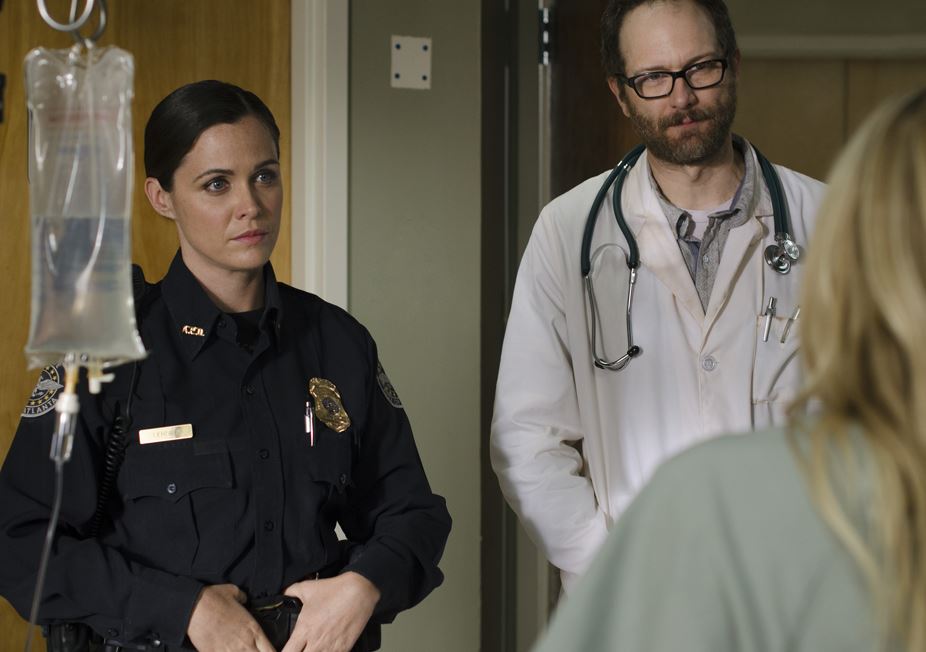 A hospital, generally speaking, is a large building with a lot of doctors and relatively few cops. (A large building with a lot of cops and one doctor is more likely to be a police station.) Count the lab coats and stethoscopes. Too many badges equals, at best, poor quality of care. At worst, you’re now captive in a postapocalyptic stronghold run by renegade former law-enforcement personnel with no civilian oversight of their authority.

The cops menace you with lollipops.

We can’t stress this enough: In a normal hospital, the police presence will not corner you and issue sexual threats using children’s candy. Not even the sour apple flavor. If this is happening, you are likely already aware that you’re not in a good hospital, even considering the operational challenges presented by the total collapse of society outside its sturdy walls. You should feel free to orchestrate Lollipop Cop’s eventual feeding to a conveniently situated zombie, should the scenario present itself.

There’s a lot more emphasis placed on how you’re going to repay the medical services rendered rather than on the care itself.

Well, fine. This actually isn’t at all strange, even in an Obamacare-less world. But why is the head cop — not a very nice lady, it should be noted — the one handling billing, droning on and on about working off your debt? Was there not a single accounts-receivable employee to rescue from the side of a zombie-infested country road? It’s probably also a smart strategy to get an itemized accounting of one’s medical expenditures; you can’t trust that cop to release you from service without the proper documentation. It’s also not great if she’s regularly wounding you and then charging you for the stitches and gauze. That’s double-dipping. You’re never getting out of a place like that unless you take the initiative to leave on your own terms.

The corpse disposal system leaves a lot to be desired.

We’ve long established that immolation is the proper method for dealing with the bodies of the dead and undead alike. Wheeling a deceased patient up to a yawning elevator shaft and then unceremoniously dumping it down the makeshift corpse-chute, where it will rot atop a pile of other poor medical outcomes, seems suboptimal. You’re right to be horrified. But with whom are you going to raise these concerns? The cowed doctor who’s more interested in listening to vinyl in his office than maintaining hygienic postmortem procedures? The cop with the lollipop? You’ll have more luck getting the one-armed patient who just underwent a forcible amputation to join you in a double high-five contest.

The janitor wants to escape. 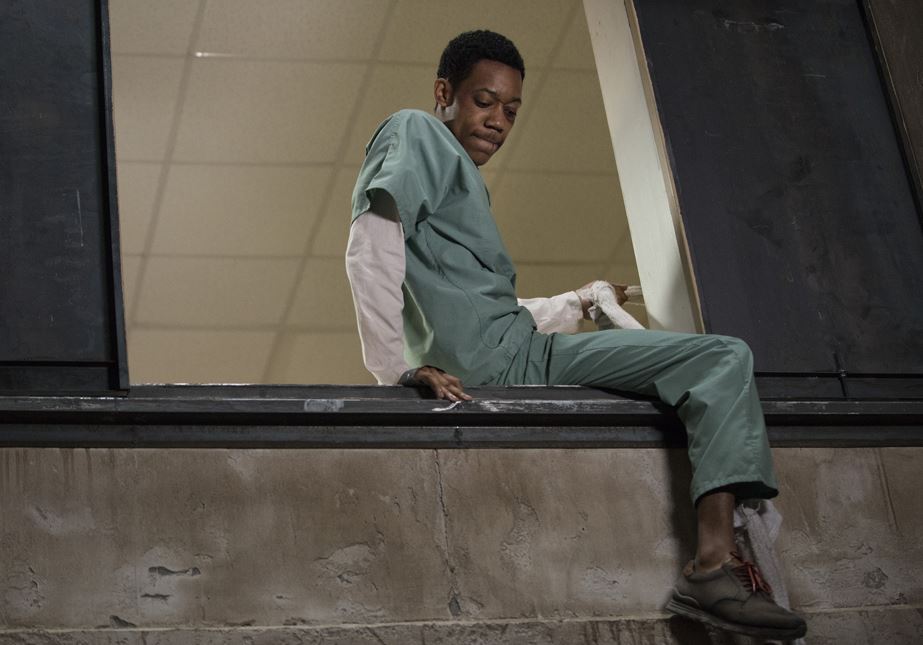 He’s easily the smartest and kindest person at the hospital, and he seems to have the best, lowest-stress gig. And yet he wants to ditch the security of regular employment for the possibly fatal uncertainty of the outside world. Push a mop and stay alive indefinitely, or stage a daring escape right through the heart of the cadaver pit at the bottom of that elevator shaft, risking the possibility of becoming an instant zombie-snack? You might call that a red flag. This hospital could be a better place to work, apparently. People are literally dying to get out.

The lone doctor’s vision board consists entirely of Caravaggio’s The Denial of St. Peter. 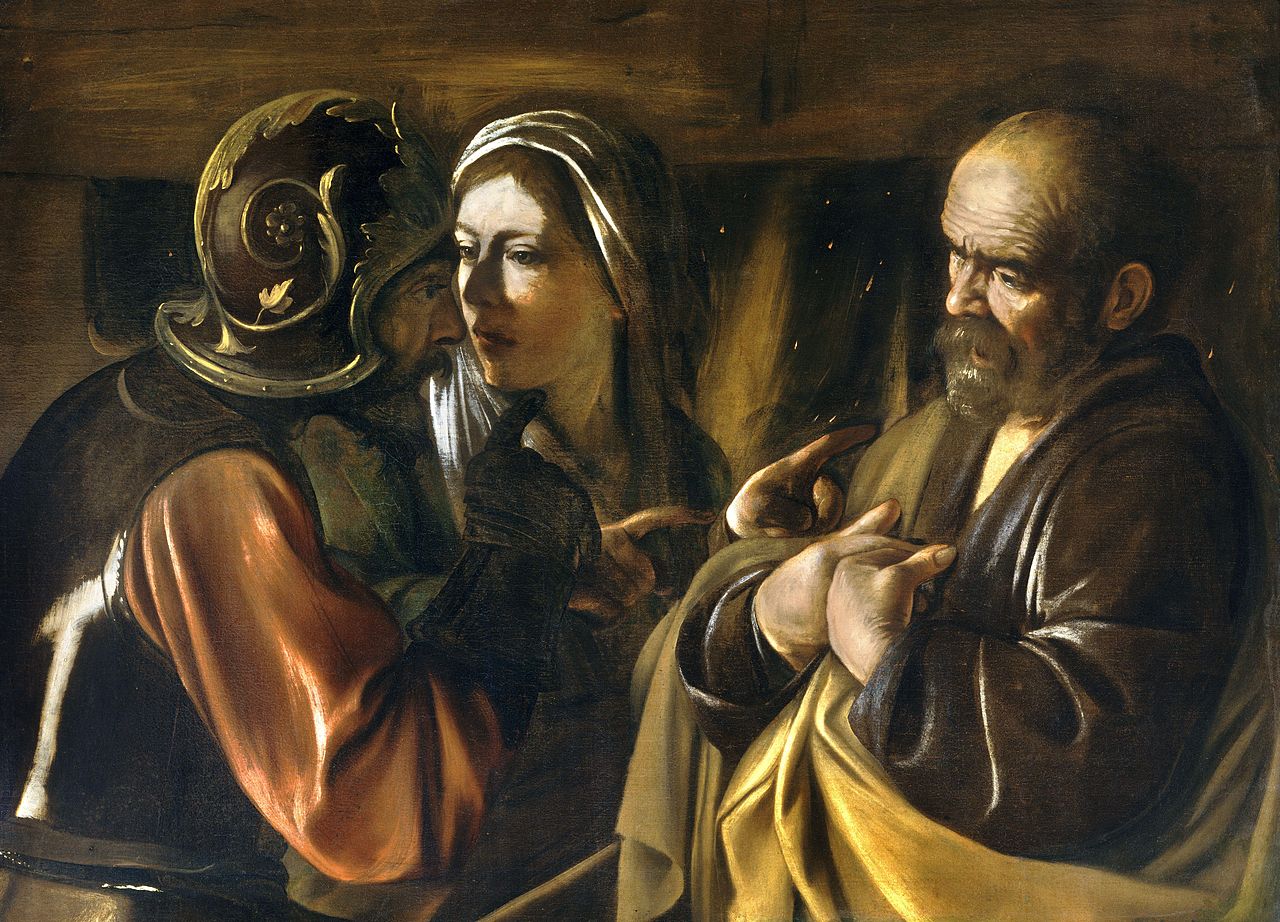 Not only does the doctor do things like intentionally prescribe the wrong medication so that you, his absurdly underqualified and unwilling assistant, can euthanize a struggling patient against his boss’s wishes, but he also spends his downtime attempting to justify his own impotence in the face of top-bunned tyranny by comparing himself to Peter, who “didn’t have a choice” in disavowing Jesus. What’s he gonna do, get crucified for no reason like a chump? Did you see his cool record player? He might as well take a swan dive off the hospital roof into a swarm of agitated biters instead of standing up for himself, right? It should go without saying that this is not the guy you’d pick for your primary care provider, even if the exasperated Kaiser operator told you the next available appointment was sometime after the saviors in Washington get around to pressing the pulsing red END PLAGUE button they find in a Halliburton briefcase handcuffed to the president’s corpse.

They flash the message “ATTENTION SATELLITE CUSTOMER YOU ARE IN DANGER OF LOSING AMC AND THE WALKING DEAD” on your television every five minutes, in a test of the Looming Carriage Dispute Emergency Broadcast System.

What do they expect you to do? Ditch the safety of satellite for the certain, grisly death of a return to Time Warner? You’re better off in the hospital with the renegade cops, ineffectual doctors, and that fetid elevator shaft full of rotting carcasses than shutting off your dish and inviting the soulless biters back into your home. Not worth it, Beth. Stay put until the gang can rescue you next week.

Dear Sunday: An Open Letter to the Onetime Ruler of the TV Week