The Saularound: Breaking Down the First Season of ‘Better Call Saul’ 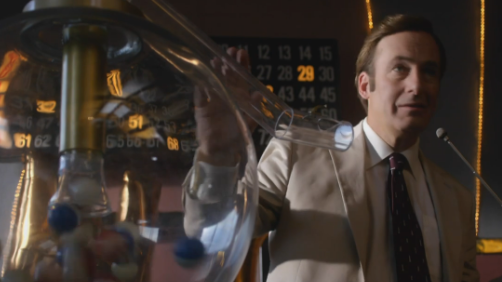 The grand experiment of a prequel to Breaking Bad completed its first season last night. Plucky underdog Jimmy McGill ended the finale pledging to get his, no matter the consequences. He’s one step closer to the Saul Goodman we learned to love, but was getting to this point satisfying? We asked the Grantland staff to reflect on Season 1 and last night’s reference-heavy final episode.

Chris Ryan: Who is the author of Better Call Saul? We usually ask something like this about TV shows in an effort to assign credit or blame. But with Saul it’s kind of a trick question. In a way, this show is a pleasant respite from TV-auteur theory. For one thing, the Breaking Bad set was, and the Better Call Saul set is, by most accounts, one of the more pleasant places anyone could hope to work — it almost seems against the esprit de corps of the show to say that one person is the great and powerful Oz of Albuquerque.

Last night’s finale was written and directed by Peter Gould, the show’s cocreator. The series premiere was directed by Breaking Bad main man Vince Gilligan. The most taut, Bad-like episode, “Mijo,” was directed by Michelle MacLaren. The most critically acclaimed episode of the season, “Five-O,” was penned by a former Breaking Bad writer’s assistant, and Thomas Schnauz wrote and directed “Pimento,” which was the most entertaining hour of TV I’ve seen in 2015.

In terms of its writing and direction, Better Call Saul seemed to arrive fully formed. But that doesn’t mean it knows exactly what it is, or that there isn’t room for different people to play around with what it can be. Based on last night’s episode, Gould seems to think it’s some kind of hybrid of Sweet Smell of Success and early Coen Brothers. There’s a hard crime show in here, a workplace comedy, and a tragedy about a guy who is only alive when he is living as someone else.

Maybe you didn’t like the note last night ended on, but I can promise you one thing: The next episode we see will feel different. Part of the fun of this show will be watching it become what it wants to be.

Dave Schilling: Just like its incorrigible protagonist, Better Call Saul cannot outrun its past. On the cusp of achieving the legitimate success he had lusted after for the entire season, Jimmy McGill made the head-scratching decision to lean in and embrace his unmistakable skill for engaging in illicit activities. That choice was inevitable, but so is everything on this show. It’s a prequel, a story defined by creeping dread and looming tragedy — the faint headlights of an oncoming train. I want to disregard the weight of expectation and enjoy this show for what it is, a family drama about the cold war between two brothers. It’s tough to do when cheeky references to Belize crop up and I get sidetracked by visions of Huell and Kuby taking a disco nap on a pile of money.

Watching this show is like putting together a Saul Goodman jigsaw puzzle. You see what it’s supposed to look like on the box cover, you’ve got all the pieces laid out in front of you, and the joy is supposed to come from seeing how they fit together. Oh, look! I found Saul’s pinky ring! That must go right here, next to his intense self-loathing! At its best, Better Call Saul is a two-hander about passive-aggressiveness, jealousy, disappointment, and the strategic withholding of affection that defines a certain type of familial relationship. Last week’s explosive scene between Jimmy and Chuck was the season’s true climax, the payoff for all of the bricklaying done in earlier episodes. “Marco” was Saul at its least effective — conscious connecting of dots, the fetishization of wardrobe choices, and callbacks to a show that ended two years ago. Saul’s pinky ring being a literal gift from Marco and a figurative reminder of Slippin’ Jimmy is not, in theory, a bad idea. It’s just those damned headlights shining in the distance, reminding me that I’m about to get run over by the memory of Breaking Bad. Better Call Saul is good on its own merit. It’s not a jigsaw puzzle. It’s a TV show.

Mark Lisanti: There were so many little things that Better Call Saul did well in its inaugural run: painting Kim’s toes after-hours in the nail salon, because if you’re going to have a pathetic office overpowered with the smell of discount polish, you have to use the perks available to you; Jimmy tilting at the windmill of soon-to-be coconspirator Mike’s impassable parking-validation gate, over and over again; radiation-phobic Chuck’s dimly lit mansion, with its coolers full of ice, its oppressive shadows, and its cell-phone-gobbling mailbox; the hasty composition of the demand letter on the retirement-community toilet, scrawled across scraps of cardboard and double-ply Charmin. Vince Gilligan and his crew have always been masters of the meaningful detail. They do the big things well, too — the heart-wrenching reveal of Mike’s corrupt-cop backstory in “Five-O,” his maiden run as the stone-faced muscle on a penny-ante drug sale — and deserve further credit for making the references to the Breaking Bad mythology more a dog whistle than Jesse Pinkman screaming PREQUEL, BITCHES in your face with a megaphone during a drive-by. In fact, for nine out of 10 episodes, they seemed in total command of everything. Even Jimmy’s toe-painting technique was impeccable.

You know, then last night happened. I’m not even going to complain about it. There’s a long-standing prestige-TV tradition of firing up the orchestra for the penultimate episode, then just riding the grace notes through the finale and into hiatus. We’ve seen this act before. And so, instead of the big reveal of Chuck’s betrayal leading us into an offseason of uncertainty, we instead get him Boo Radley–ing it up again through the curtains of his electricity-free prison, drawn to the window by the sound of Jimmy’s idling shitbox at curbside. We get a detour through Chicago for some more petty cons with Marco. 1 And we get that regrettably on-the-nose speech to Mike about how the scales have finally fallen from his crusted-shut shyster eyes, and Jimmy McGill’s gonna get his from now on, hold on to your wallets, Albuquerque. PREQUEL, BITCHES.

Still: Nine out of 10 is a pretty good record.  I’ll take it. All of it. My toenails have never looked nicer.

Dan Fierman: OK, starting with the idea that any night of television that leads with Duke winning the national title is inevitably disappointing — and that any reasonable American is entitled to be in a crummy mood about everything right now — I will say this: If you tuned in for the Saul finale, please don’t judge. The inexplicable return to Chicago and “Slippin’ Jimmy,” the bizarre bingo scene, the terrible hair, the weird bar hustles — all of it was not representative of what was otherwise a terrific season of television. Time will only tell why Vince Gilligan and Peter Gould felt the need to go back to the beginning at the end of an otherwise riveting and propulsive first season of television, but for now, please go back and watch the rest of the TV they produced this year. I promise, you’ll be happier than with the result of the Final Four, and you’ll understand why lunatics like me have been screaming from the rooftops, Watch this show! We’re not crazy. Or, at least, I hope not.

David Cho: I think there’s a misconception about Breaking Bad being a show that’s grounded in reality. There’s something about the insane detail that Vince Gilligan and his team put into the production and story, the fact that there’s so much science-y stuff that seems to make sense (magnets notwithstanding), and the very real, real place where Walter White starts — with the insanely sad life that we all sort of assumed at least one of the teachers at our high school lived — that makes people look back on Breaking Bad as some sort of a real show. But the truth is that, post–Season 1, while the emotions were very real, Breaking Bad becomes the origin story of an insane supervillain who is blowing up nursing homes and running over a lot of ethnic dudes in a weird SUV. It excelled at using tension and real emotion to tell a really fantastical story, but never one that was very real.

Considering what we knew about Saul Goodman, it was fair to assume that Better Call Saul would be an even more heightened and fantastical look at the underbelly of Albuquerque, New Mexico. It was going to be Breaking Bad on Molly (or I guess meth?) with a lot more green pantsuits. Who knew what kind of high jinks the fast-talking cartoon character of a lawyer Saul Goodman was going to get into?

But then, out of nowhere, the show ended up not being about Saul but about Jimmy McGill. Jimmy is an actual human being who means well and is smart but always finds a way to screw it up. He has complicated, loving, and at times just straight-up disappointing relationships with his friends and family. Just like any of us, he’s a guy who doesn’t know how to get what he hasn’t yet figured out that he wants. And that’s the heart of Better Call Saul. While Breaking Bad used heightened tension to bring you in, Jimmy’s humanity creates an immediacy to Better Call Saul that deposits you in his Matlock suit and Matlock shoes. Jimmy McGill is not Saul Goodman. He’s also not Walter White. He’s just as confused as the rest of us.

One Big Circle: How My Morning Jacket Rebounded With Its Best Album in a Decade