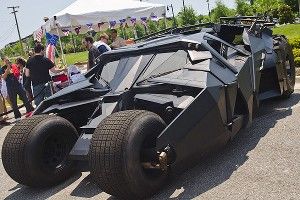 The Dark Knight Rises, which will conclude Christopher Nolan’s Batman trilogy, is one of this summer’s most highly anticipated films … which naturally means it’s a prime target for parodists. Oscar winner Christian Bale and Oscar nominee Anne Hathaway are fine and everything, but when the movie comes out in July, will they really be able to top the performances in these parody trailers? First up, via The Wrap, is the Dark Knight Rises trailer as performed by wieners.

If that doesn’t grab you, maybe the My Little Pony version will? (Via Buzzfeed.)

It’s pretty clear the My Little Pony trailer is a greater achievement in video editing. On the other hand, the wiener version put a Bane mask on a wiener. Let’s call it a draw.