The Art of Escape: ‘The Wolfpack’ and Cinema’s Liberation of the Mind 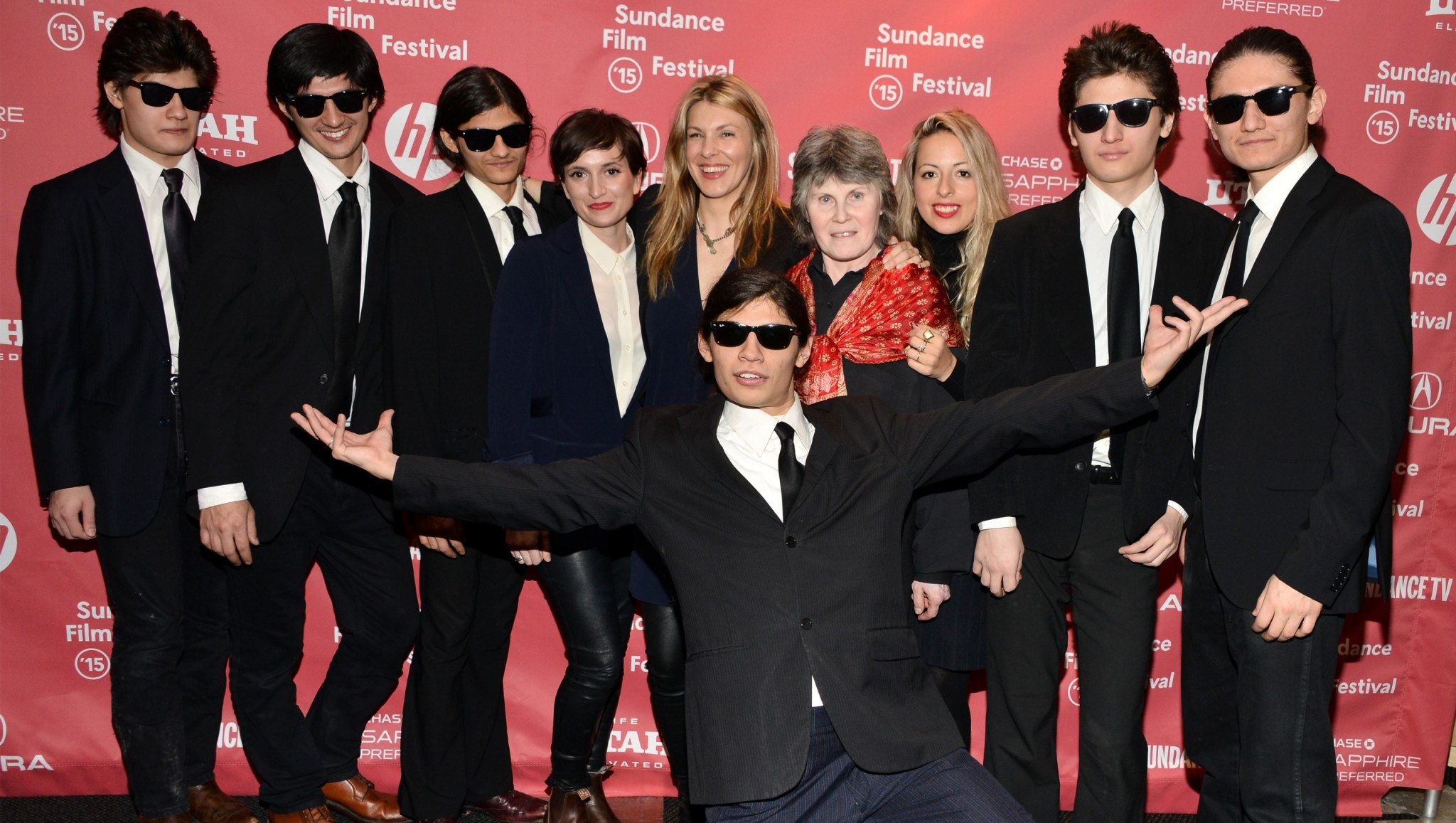 On Tuesday, after 12 days in theaters, Jurassic World became the fastest movie to reach $1 billion at the global box office. Its success is stunning in the way that all overachievements are. You can expect a movie to make money, but you can’t expect it to make the most money.1

Meanwhile, in the parallel world of art-house theaters, where matinee prices still exist and popcorn costs less than a cocktail, a little documentary called The Wolfpack is showing a different side of our relationship to film. Years ago, filmmaker Crystal Moselle encountered six brothers, their hair long and straight down their backs, traveling in a group through the Lower East Side. She was struck by their bearing, their hyper-stylized look, and she began talking to them. Turns out she and the brothers had something in common.

“They told me that they wanted to get into the business of filmmaking,” Moselle says. “I thought that was pretty endearing for them to say, so I was like, maybe we could meet in the park and look at cameras and hang out, and they were super excited about that. We talked about films, they did a little reenactment of Platoon in the fountain at Washington Square Park, and it was just this really sweet little encounter. We continued to hang out and look at cameras and such for the next few months.”

Just the casual neighborhood hangout with a bunch of boys who can reenact Platoon. The Angulo brothers could reenact Platoon because, for more than a decade, they’d rarely ventured outside their apartment. Under the strict control of a domineering father, they were homeschooled by their mother and only permitted to go out every few months or so; during one strange year, they didn’t leave at all. To cope with the solitude and isolation, the boys became obsessed with movies, tapping their father’s extensive collection. And as they got older, they graduated from watching the movies to reenacting them: they’d transcribe the script, make costumes and props, and do Pulp Fiction, Reservoir Dogs, and The Dark Knight scene for scene.

For most people, the relationship to cinema is observational; even with cameras in every pocket, there’s still a distinct gulf separating movies from moviegoers. The Angulos, out of necessity, bridged that chasm. Over the course of The Wolfpack, we see the brothers interrogate what is essentially their imprisonment, and they begin going outside, experiencing the world, and considering that they might have a place in it. But before they’re able to do that, cinema is their world: It’s the only outlet they have to an existence outside of that apartment.

In Walker Percy’s classic existential novel The Moviegoer, a man also processes his alienation through the prism of film. “Other people, so I have read, treasure memorable moments in their lives: the time one climbed the Parthenon at sunrise, the summer night one met a lonely girl in Central Park and achieved with her a sweet and natural relationship, as they say in books,” Percy writes. “I too once met a girl in Central Park, but it is not much to remember. What I remember is the time John Wayne killed three men with a carbine as he was falling to the dusty street in Stagecoach, and the time the kitten found Orson Welles in the doorway in The Third Man.” Using movies as a sort of substitute intimacy is not limited to boys who have been kept like chickens in a coop. The need to escape a chained-up mind is not exceptional. What’s exceptional is the need to escape a cage.

Moselle was dazzled at first by the Angulos’ knowledge of the technical aspects of filmmaking, which you don’t often expect from a bunch of teenagers, particularly ones who look like they just walked out of a Hot Topic in 1997. I was fascinated by the idea that these boys had essentially entered their fantasy: They’d spent years simulating films, and now a woman wanted to point a camera at them. But Moselle seemed less interested in this; she cast their reluctance and bashfulness and performance while shooting as the normal symptoms of subjects, the barriers you have to break through as a documentarian. And her presence didn’t change the core value of what they’d been up to.

“Every single person on this planet usually loves a good film — it’s such a universal thing that we all relate to,” Moselle says. “I love how they took it a step further and became proactive with it and became these characters in their own way. That became their creativity. They were able to express themselves purely, and to me that’s true outsider art. They weren’t doing it for anybody else besides themselves.”

What the Angulos can tell us about our own relationship to film is that this desire for escapism might go deeper than we think. You can attribute the titanic success of Jurassic World solely to dinosaurs, which are dope, indisputably. But Jurassic World also taps into the legacy of Jurassic Park, a movie that, for multiple generations — both the adults who saw it as a revelation and the kids who saw it as a miracle — represented a dizzying display of what cinema could produce. Jurassic Park is one of the few movies that has generated wonder on a cultural scale. Jurassic World’s success, alongside the popularity of comic-book adaptations and other revivals of old properties, indicates a deep desire to marvel again at art. The strange thing about this desire is it seems married to past memories. We want to marvel again at the same art.

In the Angulos, we might find a reason why. To some extent, the brothers were limited by their isolation. But in creating such intense bonds to individual movies, they were able to articulate a comprehensible and coherent world outside their own. They weren’t just escaping out of something; they were escaping into something else. It’s worth wondering whether our own attraction to the known and understood might come from similar motivations. We don’t just seek diversion and momentary release: We want other worlds to live in. Why we need this so poignantly now is an entirely different question.

Moselle told me that, despite not ordinarily seeking out blockbusters, she’d gone to see Mad Max the other night. She needed, just for a couple of hours, to be free of her own obligations, of promoting her film and doing publicity and thinking about the last half-decade of her life.

“It totally worked — afterward, you feel like you’re in the movie,” she says. “I was riding my bike through the streets, and I felt a little more free.”

Run to the Devil: The Ghosts and the Grace of Nina Simone