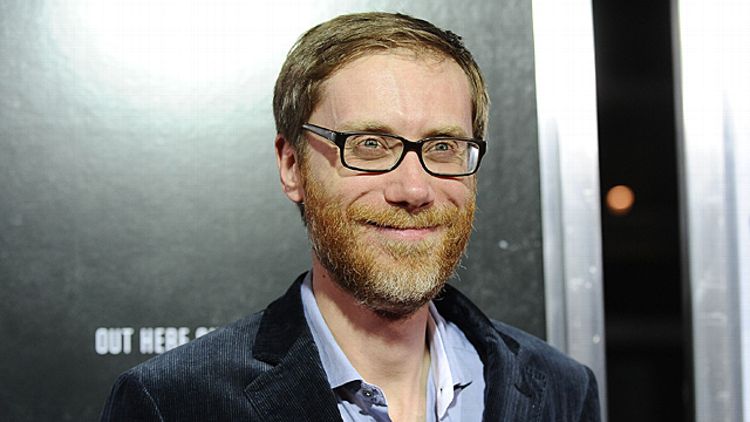 At 6-foot-7, Stephen Merchant is hard to miss. And yet for years he somehow managed to fold himself into the background as Ricky Gervais’s writing and producing partner. The two co-created the original, British version of The Office, but aside from one memorable second-season cameo, Merchant was content to make his contributions off camera.

That’s begun to change in recent years. Merchant was front and center for the wildly popular Ricky Gervais Podcast, behind a desk for Life’s Too Short, and hanging with Owen Wilson in Hall Pass. Now, for his promising new HBO series Hello Ladies (Sundays, 10:30 p.m.), Merchant has gone full auteur, writing (alongside American Office vets Lee Eisenberg and Gene Stupnitsky), directing, and starring in this cringey romantic comedy of errors. I spoke to Merchant from his Los Angeles office last week on a morning when he had yet to eat breakfast but was well dosed with tea, like a proper Englishman. Our lively conversation touched on a number of topics, from the eternal promise and peril of California, to reading Clint Eastwood’s lips and wiping Doritos dust from Gervais’s face. In between hatching plans for a line of branded, inspirational mugs, Merchant was even kind enough to give me some podcast pointers, one of which I’ll happily break right now by shutting up and letting you listen.