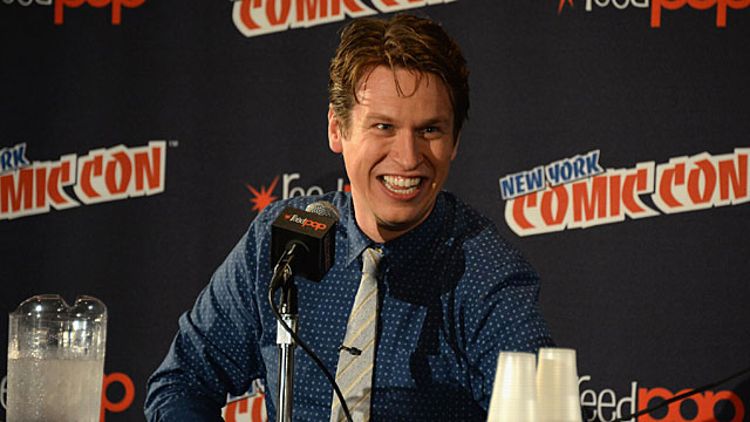 Pete Holmes still seems as surprised as anyone that he has a talk show. The 34-year-old comedian was doing just fine with his stand-up specials and obligatory (though excellent!) podcast when personal hero (and fellow tall human) Conan O’Brien called to offer him the midnight slot on TBS. The result of that call was The Pete Holmes Show, a delightfully zippy half hour that just recently ended its initial seven-week run. What separated Pete Holmes from the other male-fronted late-night shows — apart from the brilliantly funny “Professor X fires the X-Men” sketches — was Holmes’s irrepressible enthusiasm. There was real joy in everything he did, from the digressive monologues about his cell phone addiction and the conversations with comedian pals like Patton Oswalt to the goose-bump weirdness of his interviews with the likes of James Harden and Lolo Jones. While waiting for word from TBS as to the show’s future, a bearded Holmes called into the studio to discuss the pleasures and challenges of hosting and how, exactly, to ask people very strange things and still get them to hug you. Here’s hoping Pete is back doing what he does best in 2014.