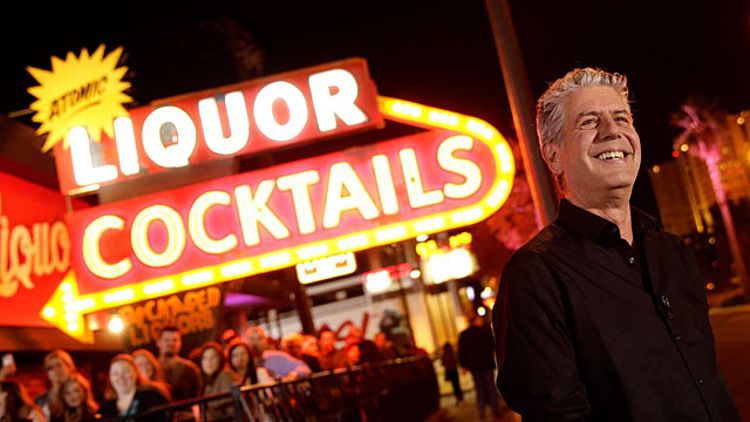 There aren’t many men who would sit down for an interview with me after I’ve referred to them as “defanged like an aging circus lion” in print, but Anthony Bourdain isn’t most men. Since the publication of his best-selling memoir, Kitchen Confidential, in 2000, the one-time line cook has reinvented himself as a knight-errant of good taste and bad behavior, roaming the globe on a series of increasingly brilliant and insightful travel shows. (I wrote about the most recent of them, CNN’s Parts Unknown, here.) As a long-time fan — and, yes, occasional gentle critic — of Bourdain, I’ve always felt that despite his large public profile he’s still generally misunderstood. He may have tattoos, but he’s no malcontent. Rather, he’s an important and gracious ambassador of curiosity, treating unfamiliar cuisines and cultures with the respect they deserve. (Which is why I took so much issue with The Taste, his recent detour into overheated competitive cookery. Suffice it to say, he was more than ready to defend himself.) It was both an honor and a thrill to sit down with Bourdain for an hour to discuss food, television, and the very strange things that can happen when you combine the two. Bon appétit.

My Eyeball Performance of the Year: Orange Is the New Black's Crazy Eyes