SXSW: A Nice Chat With Mystikal 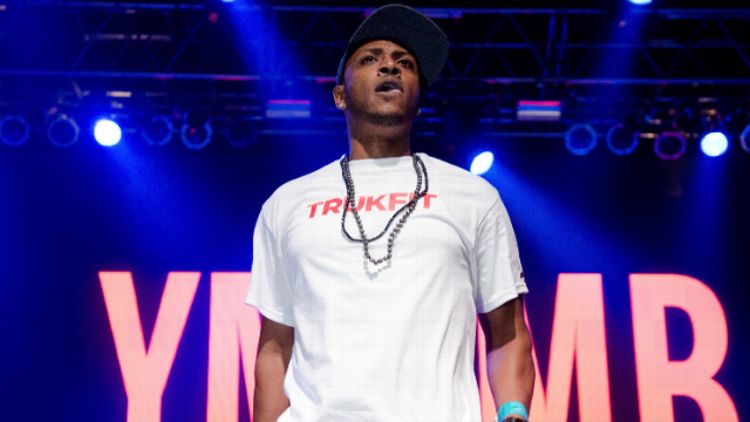 On Wednesday, I missed seeing Mystikal because he never showed up. On Thursday, I’d been assured that he was, in fact, performing at the #DEWeezy Young Money showcase at Austin Music Hall. Extremely excited for that, I made my way to the venue early and didn’t even really mind some of the earlier acts who were not Mystikal. Making casual conversation with one of the women running the event, I asked if she knew how long Mystikal would be in town, because I’d love to interview him if he was free. Four minutes later:

Mystikal: What you mean?

Browne: The SOBs show? We were waiting for you. What happened?

Mystikal: Oh yeah, couldn’t make it. Wasn’t in town yet.

Browne: OK, well at least I get tonight. So to get into it, many people of my age group, mid-20s, who were in their early music-finding stage when you were huge, are in Austin and saying that you are who they want to see this weekend. How’s that make you feel, after being gone for so long?

Mystikal: Wow. That’s pressure, man. That’s too much pressure. I’m bullshittin’. It’s really humbling. To come back after all this time and someone gives a fuck. That’s pretty humbling.

Browne: Yeah, it was sort of a similar situation a few weeks ago when DMX played in New York.

Mystikal: Wow. I wish I coulda seen that shit, what the fuck —

Browne: It was unbelievable. And as soon as he started playing —

Browne: People who haven’t seen him —

Browne: In a decade —

Browne: Can still recall all of his lyrics.

Mystikal: What was that award show he did?

Browne: The BET Awards, I think?

Browne: Similarly, it probably won’t happen in this crowd, but if you went into some deep Tarantula, it would just recall things I hadn’t heard in years.

Mystikal: What you were saying about DMX, when I first heard DMX I said, “Oh my god, there are other aliens out here.”

Mystikal: Like the hair on my arms stood up and I’m like, fuck, my Spidey senses are tingling.

Browne: I feel like y’all are, I mean no disrespect, actually all respect, oddballs. You can’t really say, “Oh, he bit that from someone else, that sounds exactly like this person.”

Browne: So now you’re back. I know at times it’s difficult to balance how to play old and new stuff. Are there old songs you just won’t play?

Mystikal: If it’s a song that I chose to do, I’ma get it done. In all its splendor. Ha, you thought I was play pimpin’ didn’t you? No, I’m serious. This is real passion. I’m not faking it. I’m —

Mystikal: I’m not doing this to get fucking cars. I’m doing this because I still want it.

Browne: It sounds like it’s one of those “You don’t know how good it is till it’s gone” situations for you.

Mystikal: And it’s a damn shame to be so talented, so young.

Browne: Do you find yourself seeing a younger, talented artist, wanting to take them under your wing, trying to slip them pieces of advice? Is that your —

Mystikal: I got to, that’s my duty. That’s my DUTY. And I’d be a derelict if I did otherwise.

Mystikal: That shit is done.

Mystikal: It’s done. What you say about that DMX, the way you were describing that shit? Yeah, it’s gonna be like that.

Mystikal: Thanks. [As I’m walking away:] But real talk, I’m serious. Remember I told you that shit.

Before I could make it back to my seat, “Here I Go” filled up the arena. Welcome back, Mystikal, onetime resident of Tchoupitoulas.

Filed Under: Mystikal, Sxsw, We Went there

Let's All Watch the Original 21 Jump Street Pilot Together!

Trailers of the Week: Battleship, The Three Stooges, On the Road, and More